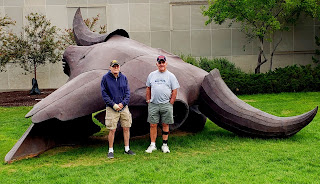 Tuesday morning the four of us have tickets on the Last Chance Tour Train in Helena. It was overcast, windy and quite chilly when we headed into town. 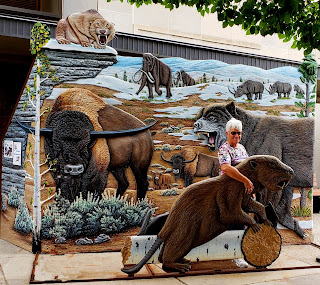 Parking at the Tour Train is hard to find but the train people have a shuttle that runs from a parking lot about three blocks away to the train. The woman driving the shuttle led us to the parking lot and Jim and Mickey helped her secure her signs which kept wanting to blow over in the wind. (notice Ginny's hair blowing in the wind) 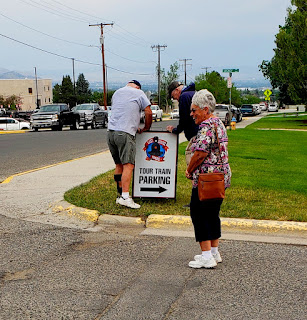 Our train and engineer/tour conductor 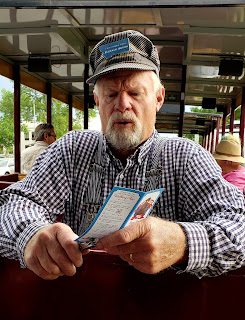 As the train took off so did the rain. That's right. RAIN!! We haven't seen rain in weeks and when we finally decide to take the tour, the rain POURED down. The train has a roof but no windows. 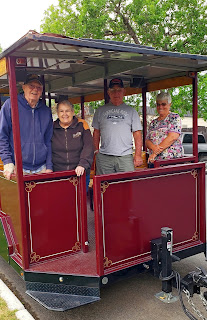 So the rain came down and the wind blew and we got very very wet.  Jim and I had coats but Mickey and Ginny are tougher than we are and survived without coats.

There are going to be lots of pictures in this post taken by Ginny, Jim and me.

The tour takes you by the beautiful Cathedral of St. Helena (the city is replacing water lines all over the city and getting around was a little difficult) i.e. - we didn't get to go by the front of the cathedral 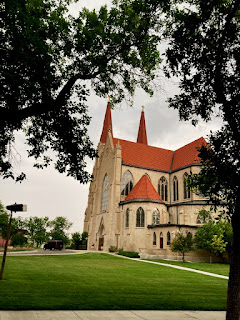 Reeder's Alley, a restored miners' village from the gold rush days and the beginnings of Helena. 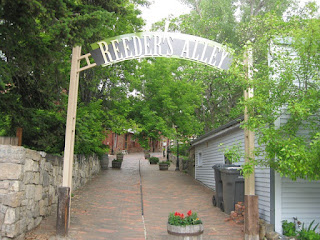 Check out the Old Fire Tower which was built in 1876 and the Blue Stone House built by a wealthy madam but never finished. 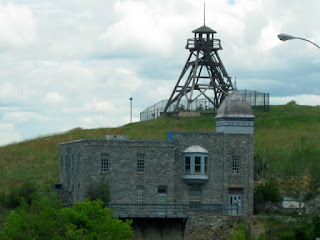 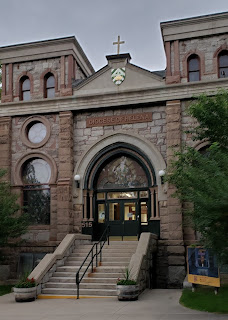 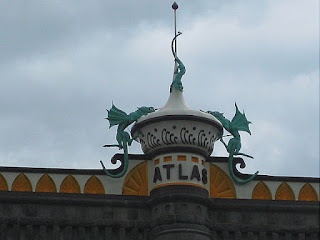 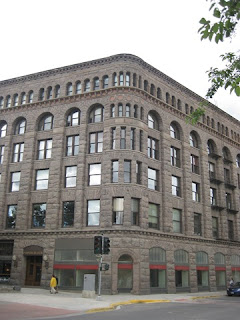 The old federal building where I worked many many years ago 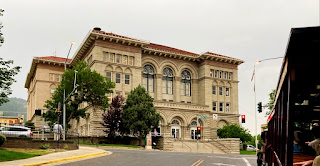 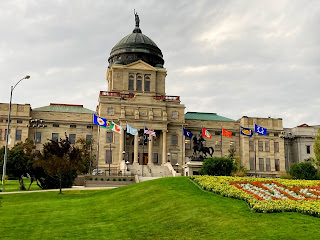 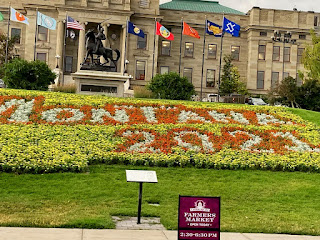 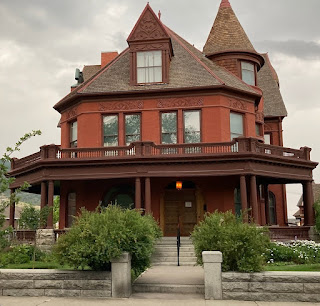 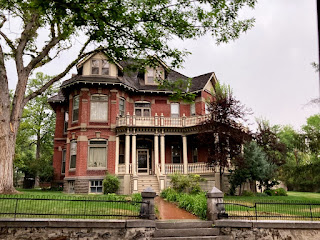 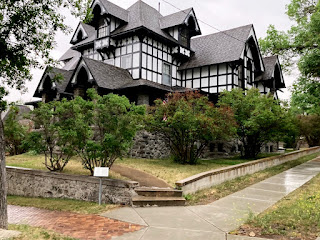 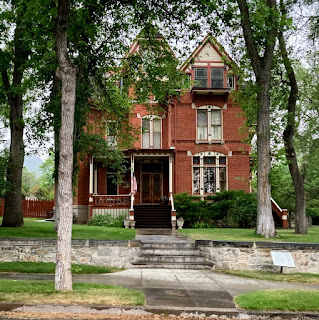 This house is not part of the tour but I certainly find it interesting. 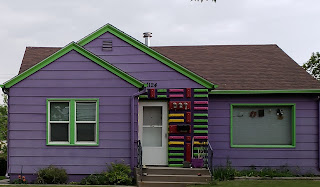 This doe and her fawn (can you see him nursing) were by one of the houses on a main street in town. 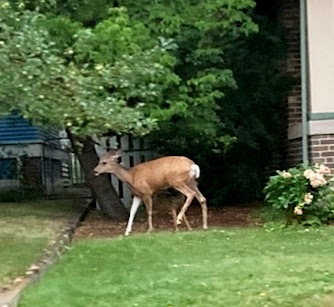 After the extremely wet and cold and windy tour we decided we would go say hi to my brother-in-law and sister while we dried out. Remember how they were tearing up the road when we were staying there and we had to get out? Well, it was a whole lot worse. Jim was able to find a few alleys that wound around and finally got us to their house but it was like putting together a jigsaw puzzle. When we left about a half hour later, they had closed off one of the alleys we used to get in and Jim had to find another way out.

After working our way back out of the road mess, we went to Pita Pit for a sandwich and the only way to end our day was a stop at the Big Dipper on Last Chance Gulch for ice cream. 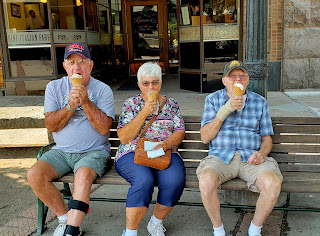