Bridge to No Where and Corvettes 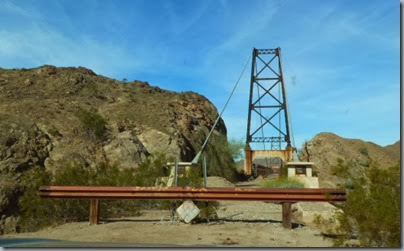 This 798-foot-long suspension bridge was originally built in 1929 as a way for travelers on the Yuma to Quartzsite road to cross the Gila River. After 39 years of service it was no longer able to carry the increasing weight and size of modern traffic. A new bridge was built in 1968. The new bridge was destroyed in 1993 by a flood but the old bridge survived just fine. It’s actually named McPhaul Bridge in honor of Henry Harrison McPhaul, “the only Yuma resident who ever became an Arizona Ranger.”

To get up to the bridge you have to climb down and around. So off Jim went. Then we discovered that the other side was much easier to use. 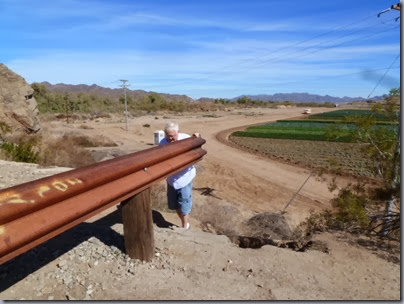 Today the bridge crosses only desert sand and rocks but still looks to be in good shape, probably because of the dry desert air. 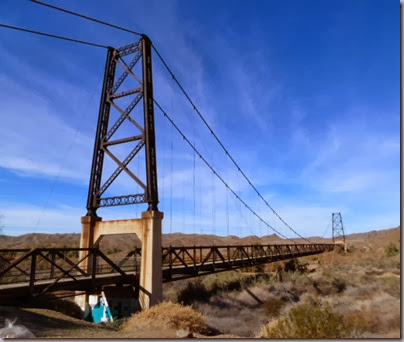 To get to the bridge you turn in at the Farm to Food produce stand. They have a gift shop but one of these items wasn’t for sale. 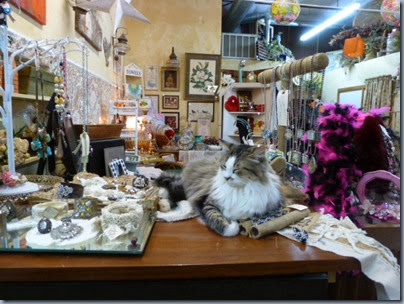 We decided to have lunch here. I had a couple of Yuma tacos which is ground beef and cabbage. Jim had a quesadilla and we both really liked our choices. You order inside and the food is then fixed on the grill on the patio. 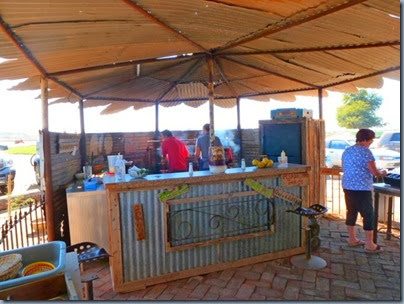 This is a picture of some of the farm’s fields being picked. 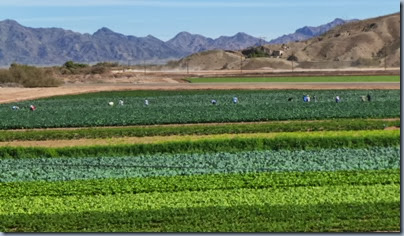 While we were eating, three of these cars pulled in. The drivers got out and I, of course, had to ask. They are new prototypes that are being test driven. Jim knew they were Corvettes as soon as they drove up. Now that would be a nice job to have. 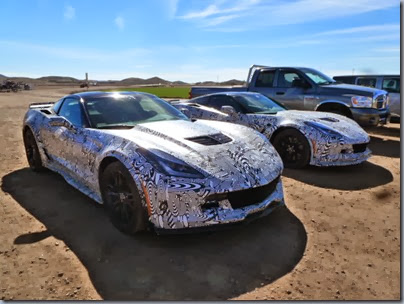