This post is going to be mostly pictures. Jim had a fantastic, wonderful, fabulous day.

Waiting in line to register. 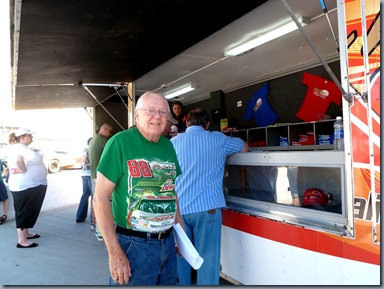 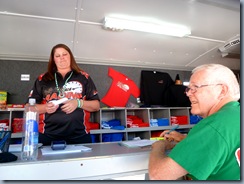 The Winner’s Circle (and no they don’t get to drive the car over to this area.) 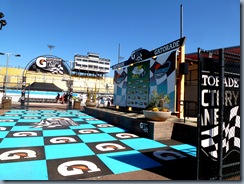 Even the ice machines are dressed for the race. 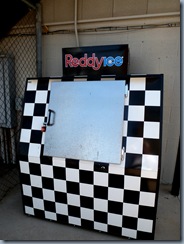 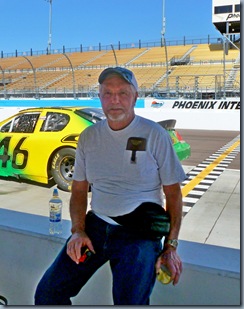 My BIL, Don, went with us. I really tried to talk him into taking a Ride-A-Long but he said next year he’d go for it. I’m not going to let him forget. When we picked him up he wanted to know if we were going to stop by Lloyds. Could not figure out what he was talking about until he said Lloyds of London. We all cracked up on that one.

Getting to that shoe gets harder as we get older. 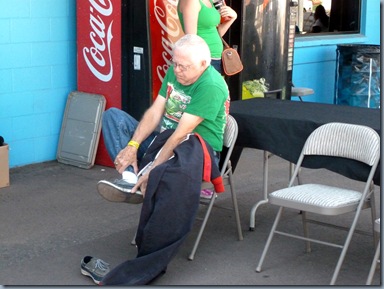 Al and Marv are from our RV park and came out to watch all the excitement. 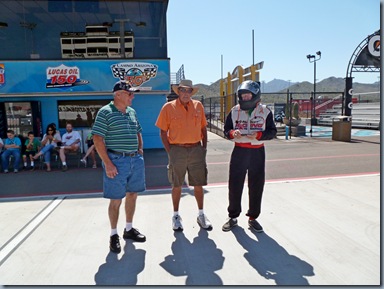 We also signed Jim up for a three lap Ride-A-Long. This gave him a chance to learn about the track before he actually went out and drove it. 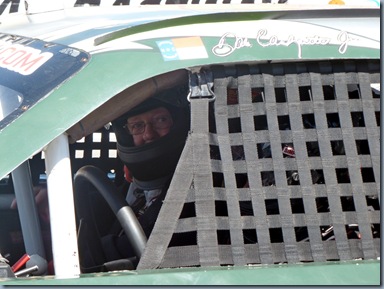 And he got to ride in the 88 car. For those of you who aren’t race fans that is the number on the car that Dale Earnhardt, Jr drives. He’s Jim’s favorite driver in NASCAR. 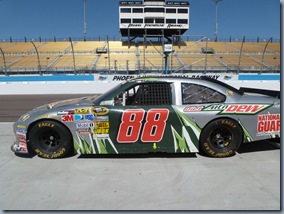 After the ride-a-long, it was his turn to climb in and take the wheel. Everything worked out really good today because he got to drive a Chevy. He didn’t even have to ask for it. 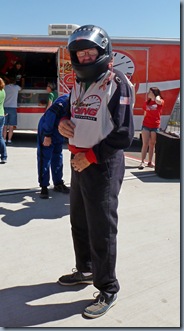 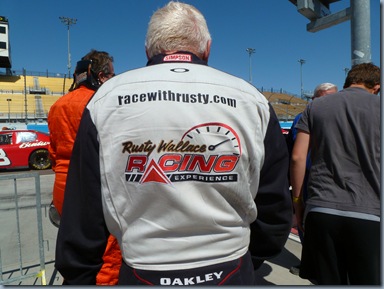 Time to climb into the car. This is why I don’t do a ride-a-long. There is no way I’m going to fit through that window. 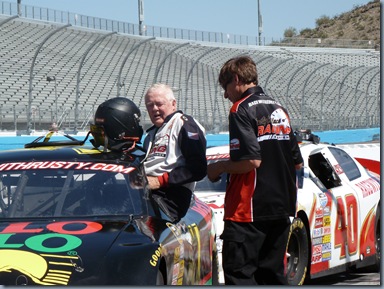 I did take several videos of him driving around the track and we can watch them on the camera. But for some reason I can’t get them to play on the computer and I can’t get them to load to the blog. We did get a video of Jim’s face as he drove and also of what he was seeing out the window and hopefully when we get that I can upload a snippet of that.

He kept hitting the rev limiter and was ready to go faster. I’m glad that 155 was his limit. He passed a couple of slower cars and couldn’t believe his 12 laps were up already. 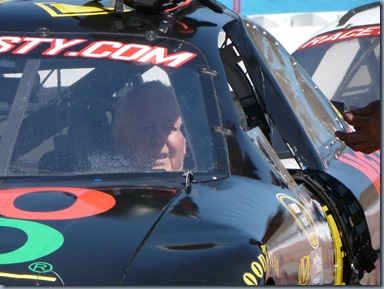 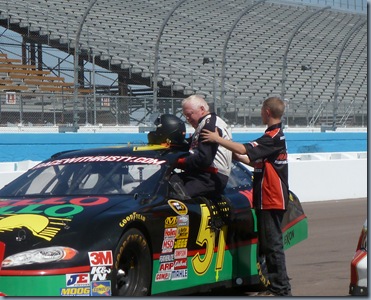 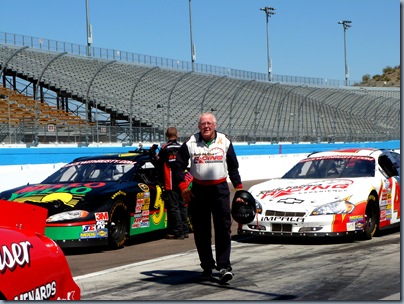 This is Jim talking now.  Wow what a great day, Thanks my love!!!