I graduated from Sidney Senior High School in Sidney, MT in 1967. We had an interesting class. Several teachers resigned or asked to be moved to another grade so they wouldn’t have to deal with us. We were told, by a teacher, that none of us would ever amount to anything. But we sure didn’t let that stop us. And we have formed friendships that surpass the passage of time.

On Saturday, some of those classmates and a few spouses were able to get together in Helena for a day of fun and reminiscing. 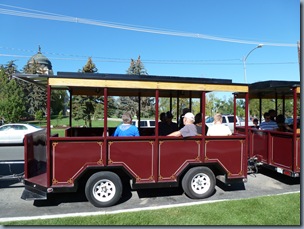 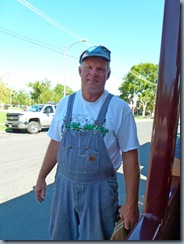 We took the Last Chance Tour Train in the morning. I’ve covered most of the tour in my previous posts but it was fun to hear about it from the tour guide. Especially one who is a history teacher and really enjoys what he is doing.

After the tour train we headed down to Fusion Grille for lunch. 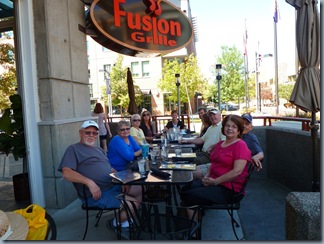 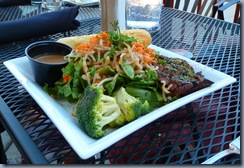 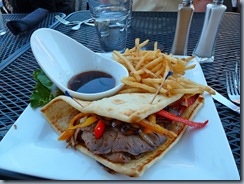 After lunch we headed out to Holter Lake for the Gates of the Mountain boat tour. (That needs to be a separate post.)

Time for a quick refreshment after the boat ride before moving on to our next stop. 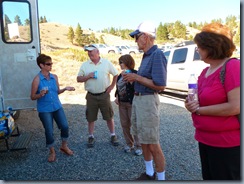 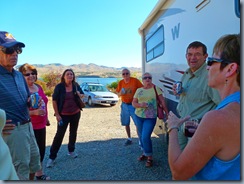 One of our group has the following book. Can you guess where this is leading? 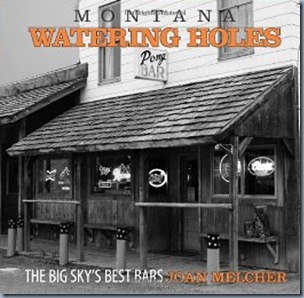 Mary Francis and Steve have decided to visit every bar in the book and have it signed by the bartenders and other patrons. There was a bar they needed to visit in Helena and some of the group headed off to keep them company.

Welcome to the Rialto. This bar has been in downtown Helena since at least the 1970’s.  It was still rather early (we are “more mature” remember) and there were few patrons so we had the place to ourselves. A wonderful time and a great way to end our day together. 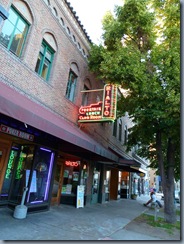 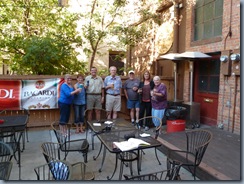 Sure hope we can have another get together next summer.