Now that we’re back in Helena, we are exploring again. Visited the state capitol building today. 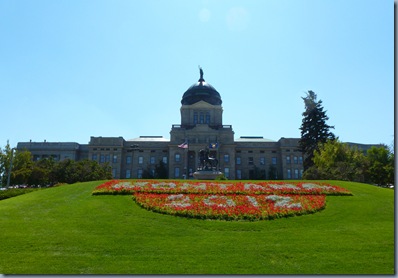 After Montana became a state in 1889, a bitter and controversial battle for the permanent capital site with Anaconda ensued. Helena won the battle in 1894 and construction of the capitol started in 1899. Scandal was the game during these days and the capitol building was caught up in all the controversy. Capitol commissioners were corrupt and had to replaced. Two architects from Iowa were chosen to design the building, but they had to move to Montana to fulfill a legislative provision requiring selection of a Montana architect. This made Montana architect’s angry but the commissioners stood firm. 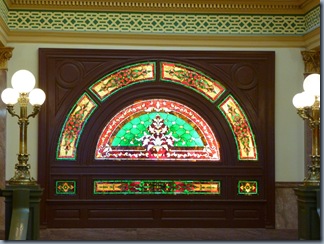 The building is an American Renaissance neoclassical design. Faced in sandstone from Columbus, MT, the completed furnished building cost about $540,000. It was dedicated on July 4, 1902.

As the state grew in population, so did the government. The building needed to be expanded to accommodate the additional legislators. Nobody could decide on what stone to use to build the wings, a special session of the legislature had to be called. They finally decided on the use of Jefferson County granite. 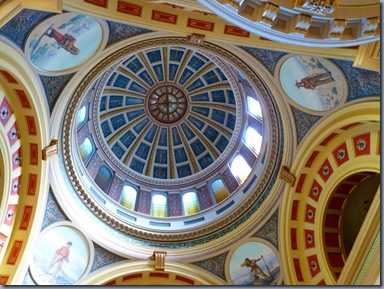 The four pictures in the rotunda introduce you to four of Montana’s most storied contributors: The Indian Chief, The cowboy, The Trapper, and The Prospector. 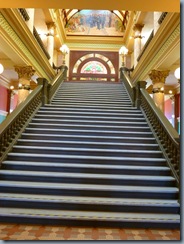 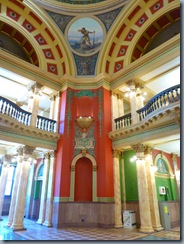 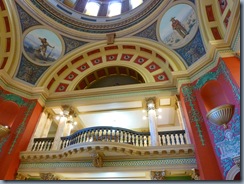 This painting depicts Amedee Joullin’s Driving the Golden Spike which documents the completion of the Northern Pacific Railroad’s transcontinental line at Gold Creek, MT in 1883. 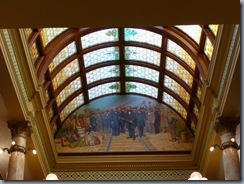 Joseph M. Dixon (definitely had to check this guy out) 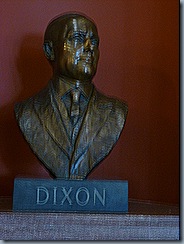 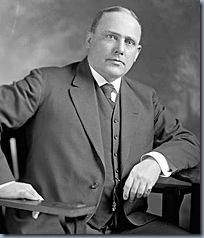 (July 31, 1867 – May 22, 1934) was a Republican politician. He served as a Representative, Senator, and the seventh Governor of Montana. He was of Quaker heritage born in North Carolina. He moved to Missoula, MT in 1891. (no relation to my hubby’s side of the family)

Statues in the capitol building:

Mike and Maureen Mansfield – Mike was a long-term lead in the U.S. Senate and ambassador to Japan. 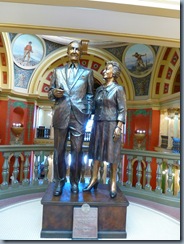 Wilbur Fisk Sanders – a lawyer, a Mason, and a Union veteran of the Civil War. He was an organizer of the Vigilantes in Montana and became one of Montana’s first Senators in 1889. 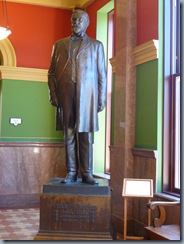 Jeannette Rankin – the first woman to be elected to the U. S. Congress. She was a peace advocate and voted against U. S. involvement in both WWI and WWII. 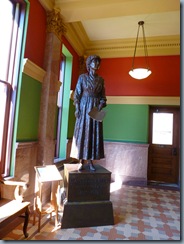 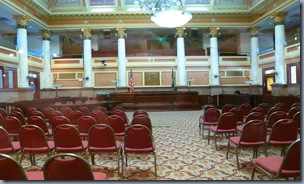 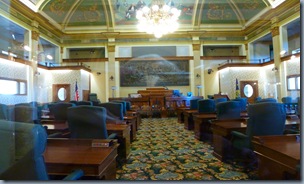 The above two pictures were taken through the door windows. The rooms were locked.

Even Lady Liberty atop the building has her own strange story.

During the "capital fight" with Anaconda, the people responsible for the plans ran off with all the papers and records. Then, during construction, a statue of a goddess of liberty arrived at the Helena train station from a foundry in Ohio, with no indications of who ordered it or for what use. With the building documents gone and the fact that the company who made the statue had all their records lost in a fire, there was no way to tell, and eventually, no one claimed the abandoned goddess. The builders wanted such a statue to put on top of their building, and that's how she ended up there. 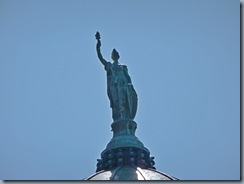 Even the statue out front has a scandalous story. But that will wait for another post.

(For some reason, we have used most of our 5g of data on the mifi so you may not hear from me for about a week.)