After leaving the noise and hustle of Las Vegas, we headed north on Highway 93. We spent one night in Pioche, NV at the Pioche RV Park. You need to know that you have to back into the park from the street. Nobody told us that so Jim had to back out and then back in.

We followed Highway 93 to the juncture with Highway 6/50. We made a right turn and headed towards the Nevada/Utah border. 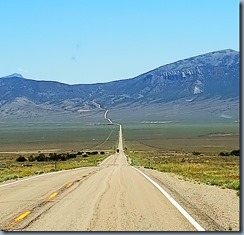 We pulled into the Border Inn Casino/Motel/RV Park. This motel is unique because the motel rooms are in Utah and on Mountain Time but the office, restaurant, and casino are in Nevada and are on Pacific Time. 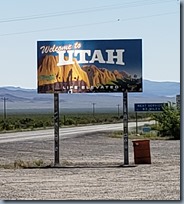 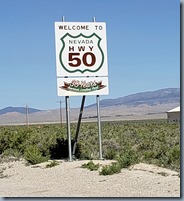 The Border Inn is near the very small town of Baker, NV. Population of about 400. There is no convenience store or grocery store. It does have a small general store and a small motel and restaurant. There is a gas station at the Border Inn which carries diesel and cost us $3.63 a gallon. 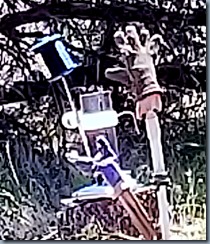 On the road to the park is some folk art that was started in 1997 when “Doc” Sherman began decorating fence posts along the highway. His first creation was a glove filled with cement placed on the post and was given the name of Permanent Wave. 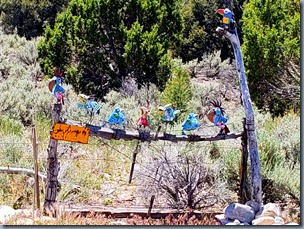 Other artists with a pun loving sense of humor added their creations to the fence. 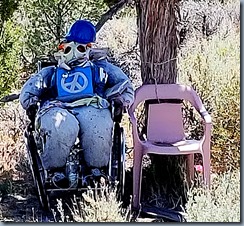 At one time there were many of these pieces of art but in 2016 NDOT cleaned out 15 of the largest stating they were a safety hazard because they were too close to the highway. There is no where along the road to pull over so pictures are taken as Jim slowed down. 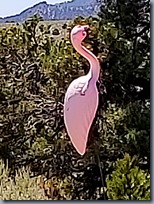 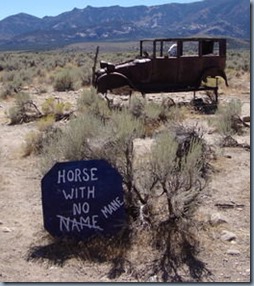 Baker is the headquarters for the Great Basin National Park. We will be exploring the park in our next post.