Getting Our Kicks on Route 66

Peach Springs, AZ  High and Low – unknown because there was no internet, tv, or cell service. Hot and Cool at night.

The night before we were leaving Winslow we heard about a fire that had shut down I-40 between us and Flagstaff. Thought we might be spending another night in Homolovi but the next morning the fire was under control and the highway was open. When we went by the firefighters were still there checking to make sure it was all out. 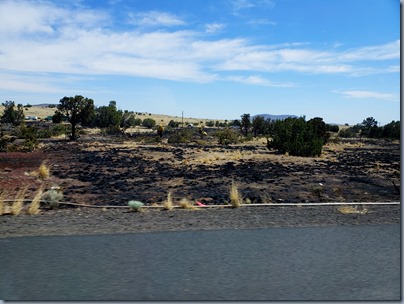 We left I-40 at Seligman and started our trip back in time on Route 66. Seligman is one of the few Route 66 towns that have been able to survive the passing of time. 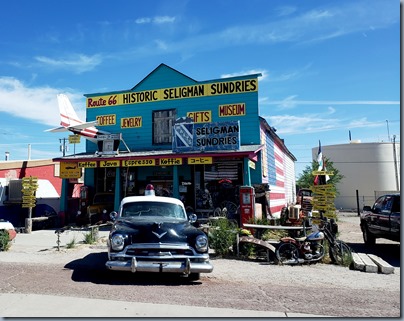 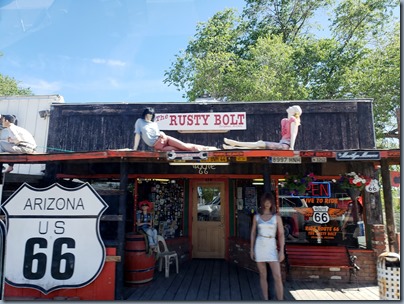 We had to stop at Delgadillo’s Snow Cap Drive-In for a milk shake. The Snow Cap was built by a guy with a sense of humor in 1953 from scrap lumber. 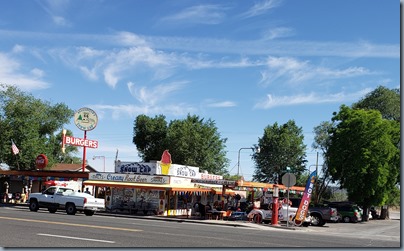 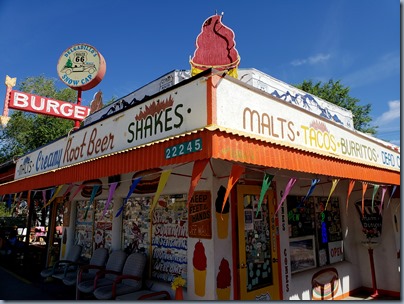 If daisies are your favorite flower

Keep pushin’ up those miles per hour 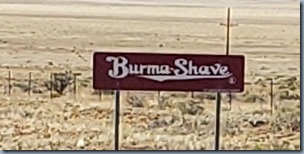 We arrived at the Grand Canyon Caverns RV Park which is a very interesting place. It has a miniature golf course filled with dinosaurs. 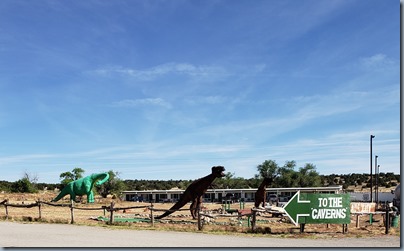 The RV Park is about a mile down a slightly bumpy road to the Caverns. (We did not take the cavern tour. We have been in a lot of caves and decided we didn’t need to see this one.) 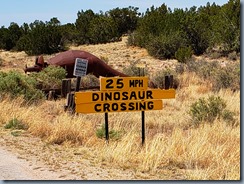 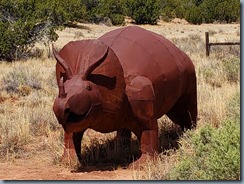 We arrived safely at the RV Park without being attacked by any dinosaurs or stopped for speeding. 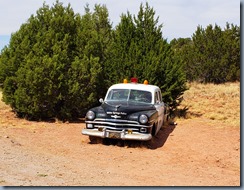 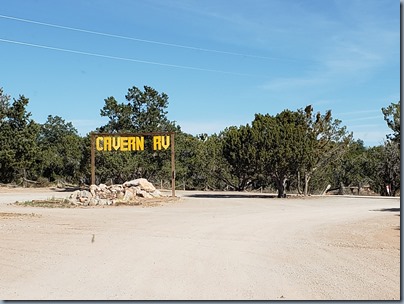 We spent two nights here at $43 per night. Very expensive for electric and water. Never did find the dump station. There were two other RVs our first night and we were all by ourselves the second night. Very quiet and dark which made for good sleeping. The nights cooled down into the 50s which was wonderful. 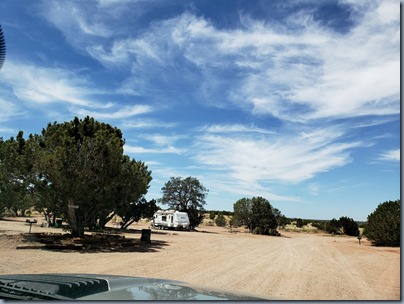 We had a beautiful sunset.