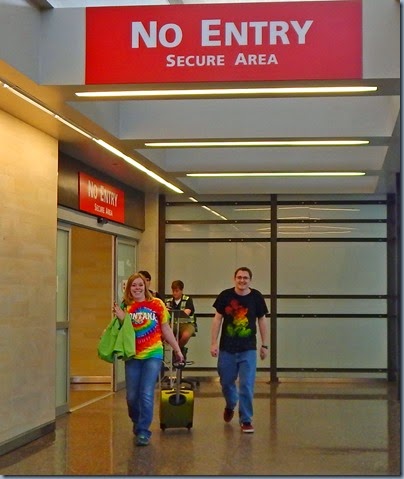 Our son, Todd, and his wife, Michaela, arrived on Thursday and will be here until they leave really early Tuesday morning. We have lots and lots of good times planned and I just hope I can keep up. Jim hangs in there a whole lot better than I do. 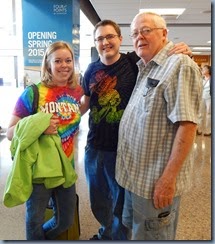 As soon as they got their luggage, they announced that they were hungry so we headed straight up to Superior for a Porter’s burger for lunch. 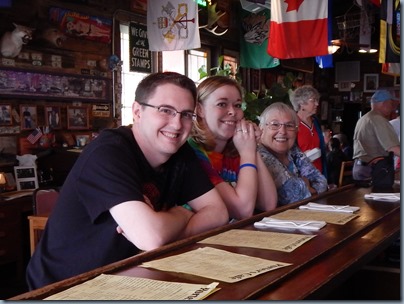 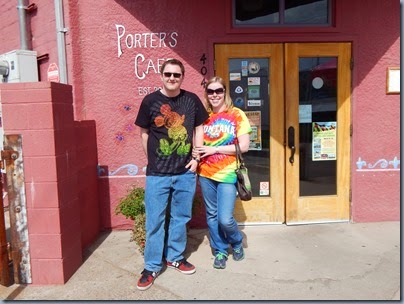 Superior was getting ready for their Mining Festival and the carnival rides were set up in the middle of the street in front of Porter’s. Sure didn’t stop folks from getting to Porter’s. It was packed. 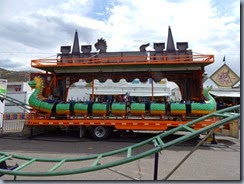 After enjoying our burgers we took them back to the park. We set up the Bungalow on a lot so they could have their own place and it is working out perfectly. We fed the girls and walked them. Then we headed out again. More later.

Update on Skittlez: The Zrytec were a big bust for us. They gave my poor little girl bloody diarrhea. Immediately stopped giving her any of those on Friday and her stools were soft but formed with no blood in them. Called the vet Saturday morning and they had a prescription antihistamine with very few side effects. So we ran over there to get that. Gave Skittlez 1/2 pill last night and we woke up to bloody diarrhea again this morning. No more of those! Today (Sunday) I put her back on Benadryl because that at least knocks her out so she quits scratching. Her poor little body is covered in sores and I’ve put Neosporin all over them. Another call to the vet in the morning. I just feel so bad for her.