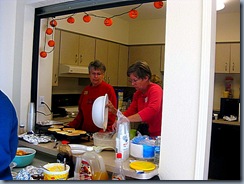 Thursday morning we had another wonderful breakfast of pancakes, sausage and fruit. It’s really going to be hard to go back to cereal every morning. Except when Jim is cooking that is. 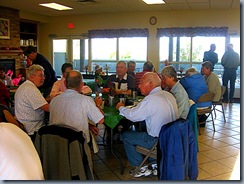 After breakfast it was time to get hitched up and head back down into the valley. There was a weather advisory for Friday (wind, dust, snow in the higher elevations like we were at) so Thursday was definitely a travel day.

Made it back to Apache Junction almost without any problems. As we came off the Interstate in AJ, Jim stepped on the brakes and discovered our trailer brakes were not doing their job. Jim thinks the drums are out of round but he hasn’t had a chance to take them apart yet. Thank goodness we have a couple of months before we’ll be going anywhere again. 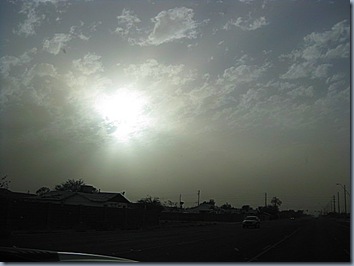 We had important things to do – like meet up with  Jeri and Terry  for dinner at the #1 Eastern Super Buffet. One of the best Chinese buffets we’ve found in the area. 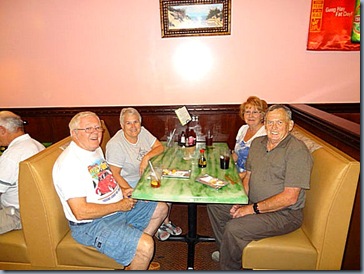 Jeri and Terry are staying at an RV park east of us in Gold Canyon so we’ll get to see them often if we can drag them off their new four wheelers.