EASTER THOUGHTS FROM OUR PROPHET 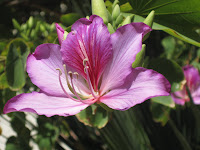 President Ezra Taft Benson
The greatest events of history are those that affect the greatest number of people for the longest periods. By this standard, no event could be more important to individuals or nations than the resurrection of the Master.
The literal resurrection of every soul who has lived and died on earth is a certainty, and surely one should make careful preparation for this event. A glorious resurrection should be the goal of every man and woman, for resurrection will be a reality.
The scriptural record tells us that on the third day following Jesus' crucifixion, there was a great earthquake. The stone was rolled back from the door of the tomb. Some of the women, among the most devoted of His followers, came to the place with spices "and found not the body of the Lord Jesus."
Angels appeared and said simply, "Why seek ye the living among the dead? He is not here, but is risen." (Luke 24:3-6). Nothing in history equals that dramatic announcement: "He is not here, but is risen."
As one of His latter-day witnesses, I testify that He lives today. He is a resurrected Being. He is our Savior, our Lord, the very Son of 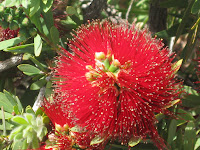 God. I testify that He will come again as our glorified, resurrected Lord. That day is not far distant. To all who accept Him as Savior and Lord, His literal resurrection means that life does not end at death, for He promised: "Because I live, ye shall live also." (John 14:19)
Posted by Jim and Sandie at 5:35 PM