A Ride Down Memory Lane

We headed for Sugar City, ID but the wind was ferocious. We made it to Arco and decided to call it quits and pulled into Honey's RV Park once again. We spent two nights waiting for the wind to die down so we could move on. The Sugar RV Park was more than willing to work with us when we called to change our reservations.

The wind decided to cooperate a little bit so we headed over to Sugar. Our GPS wanted to take us directly to the rv park but that leads into a private drive way. I do believe that many folks have tried to go that way based on this sign in his driveway. It's blurry but it says - Private Property - Private Driveway - Keep Out. 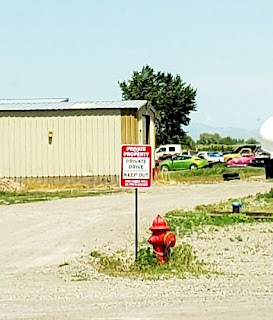 There were a couple of rv signs that we followed around and found the park. The camp host came out to greet us and lead us to our site. It's not a big park (25 sites) but the sites were long and level and everyone was so friendly. Rexburg, ID is only a mile away.

There is also a motorhome parked to the right of us but it is parked way back on the site. 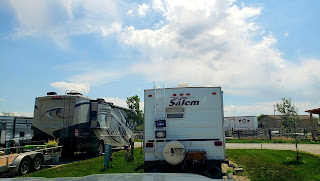 Loved the looks of these clouds as we left the park one day.

The main reason I wanted to be here was that 54 years ago,  I went to college in Rexburg at what was then called Ricks College. At that time it was a two year college. It has definitely changed in those 54 years.

This building is the student union building.

It is now called BYU-Idaho and is a four year college. The enrollment when I arrived was 3,500 which is the largest enrollment the school had seen. Today the enrollment is 21,000 campus based students.

Not much is recognizable from when I lived here. However, these were the brand new dorms that I lived in. There were four of them - two for the guys and two for us girls. Our dorm room was two bedrooms with a kitchen and I had three roommates. Lots of fun memories. The trees were all planted after I was here.

I performed with the New Freedom Singers and played an oboe in the orchestra. The pictures aren't very good because they are taken from our yearbook from so many years ago. 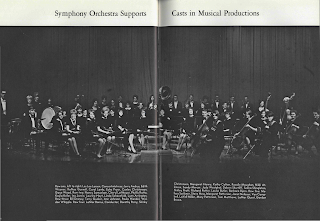 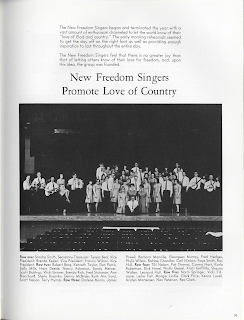 Class photos - my maiden name is Mercer and I am in the first row, second from the right. 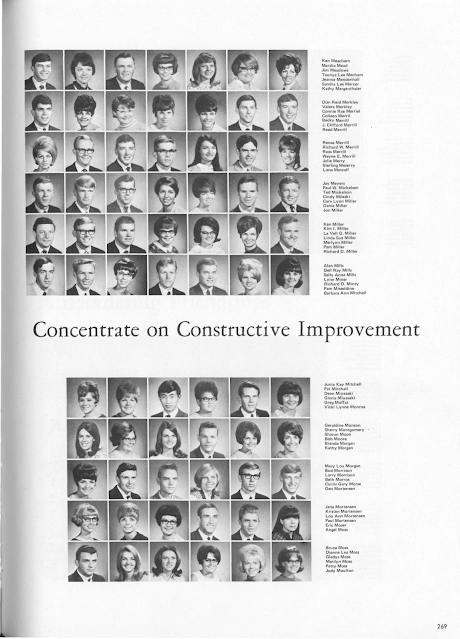 Maybe the fun was the problem but I decided that college was not for me. After one year, I spent the summer working in West Yellowstone (back when bears wandered freely through the town and into our garbage). From there I headed to Salt Lake to LDS Business College and graduated with an Associate Degree.

It's strange how your mind works. As we drove around campus, nothing looked familiar but I could still picture how things used to be so clearly. There was a small restaurant just off campus that used to serve the best scones with honey. It is no longer there, of course. But wonderful memories.

In 2008 the Rexburg Temple was dedicated. 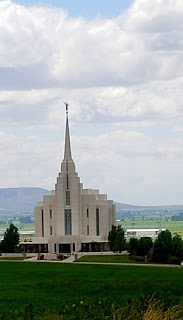 While in Sugar we ate at Ole's Diner a couple of times. Jim had a hamburger and I had french fries. Really healthy. But they were so good. So we had them twice.

It's time for us to head into Montana. We want to visit with my sister and brother-in-law for a few days before we head down to Canyon Ferry for our two month stay.