The Battle of Aiken–Civil War

General Sherman said “When I go through South Carolina, it will be one of the most horrible things in the history of the world. The devil himself couldn’t restrain my men in that state.” 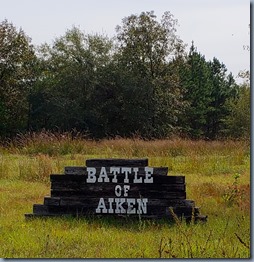 Every year in February, a reenactment of this battle takes place. I got the following information from their website. There isn’t much to see at the battlefield. It isn’t maintained except for the reenactment.

Union troops began invading SC on February 1, 1865, with one wing of Sherman's Army headed toward Augusta and the Confederate Powder Works, which was producing most of the Confederacy's gunpowder. The other wing of the army was heading toward Charleston. Thus, the Confederacy was not sure if Augusta or Charleston would be hit next. In fact, Sherman's real plan was to attack Columbia. 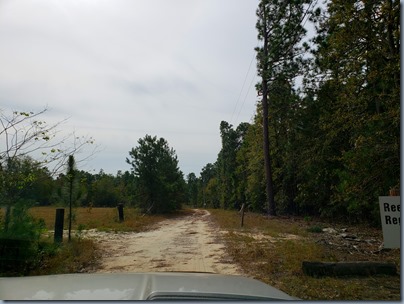 One of the Union commanders was  Major General Kilpatrick. Kilpatrick turned his attention to the railroad. The railroad had been transporting Confederate troops during the war and Kilpatrick went to nearby Blackville and began tearing up track.

On February 8, Kilpatrick entered Aiken County and began fighting with the Confederacy at the Battle of Aiken. At this point, near the end of the war, the Confederacy was in bad shape. Many outfits were comprised of young boys and old men. The Confederacy desperately wanted to protect the Powder Works and the Graniteville Mill. 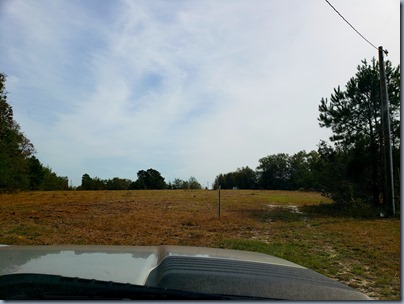 Major General Wheeler hoped Kilpatrick would go after retreating Confederates, allowing Wheeler's men to sneak up behind and attack the upper flanks of Kilpatrick's "V". Kilpatrick and his men were finally forced to retreat. On February 12, Kilpatrick surrendered.

Coming at the end of the war in the midst of the Confederate defeat, the Battle of Aiken was just a minor skirmish not mentioned in most histories of the war. The Confederate victory is, however crucial to the local history of the region because the victory prevented the destruction of the local capital and economy, enabling the region to withstand the Reconstruction period better than other more devastated areas of the South.

Ironically, post war Aiken would quickly welcome Northerners back as it became first a health resort, then a grand winter sporting resort for the Northern elite.