No visit to Missoula should be complete without a visit to two special places. The first one is to the Smokejumpers Base and Visitor Center for a tour. 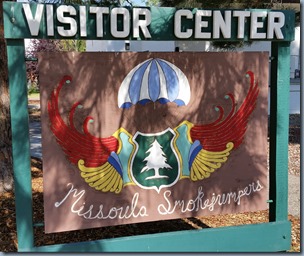 Back in 1910 a series of wildfires roared through the Pacific Northwest and the Rocky Mountains burning 4 million!! acres of land. These fires started in remote areas where firefighters didn’t have the resources or ability to contain them. This devastation brought about the idea of men parachuting into remote areas to suppress small fires quickly before they could spread. 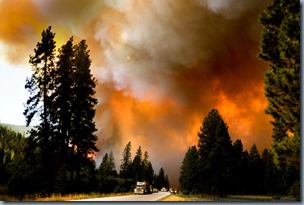 However it wasn’t until almost 30 years later, after a fire in Shoshone National Forest, WY, burned for two days before being discovered and eventually claimed the lives of 15 firefighters and injured 38 others, that the first smokejumping organization and practice jumps were made in Winthrop, WA. On July 12, 1940, the first operational fire jumps were made by Earl Cooley and Rufus Robison into Martin Creek on the Nez Perce National Forest. 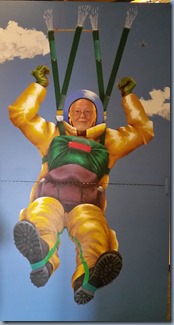 There is way too much information for me to put it all in a blog post so I just want to hit a few highlights. 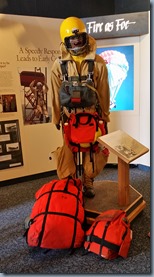 When the alert siren goes off, smokejumpers grab their gear and suit up and are ready to go in less than 10 minutes. This gear includes their jumpsuit, two parachutes, helmets, survival tent,  food, water, a bag to pack their jump gear into, and firefighting equipment. I’m sure I’ve forgotten the rest of the equipment they pack. They have two big pockets to carry personal items.

Other gear such as chainsaws, first aid kits, etc. are air dropped in separate containers. 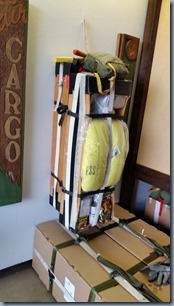 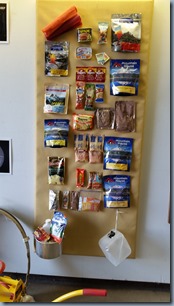 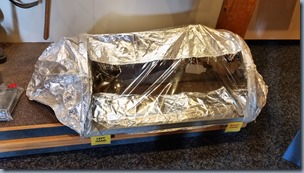 This is the sewing room. There are fewer than 500 smokejumpers working today (and fewer than 6000 ever). As a result, the gear they need can’t really be found at the local Walmart. They have to make all their jumpsuits, harnesses, and gear bags themselves.Quality control is maintained by people who truly know the stakes. 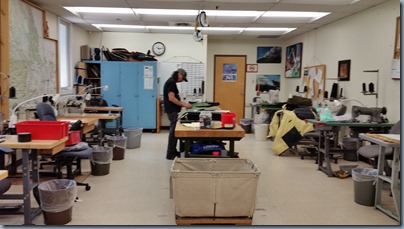 The smokejumper in the above picture talked to us and showed us some of the material that is used. He also said that when he jumps with guys or gals from other parts of the country, he checks out their equipment to see if they have something new that he can use. (There are 27 female smokejumpers in the United States.)

The smokejumpers do not make their own parachutes but they do their own repair work on them. Each parachute that is packed has an expiration date when it is taken out of service and rechecked for anything that might have happened to it. 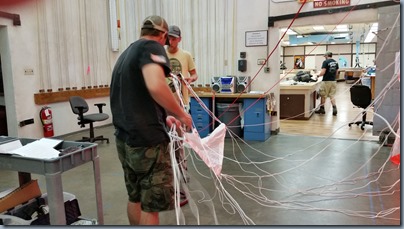 These tables are used for packing parachutes which are then stored on the wall with the name of the packer and the date. 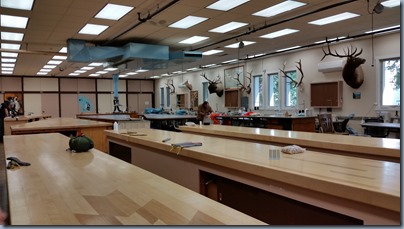 This has been a very busy fire season in Montana and the Smokejumpers had jumped into 18 fires so far this summer. The tour guide told us what kind of planes these are but I was overloaded with info and don’t remember. 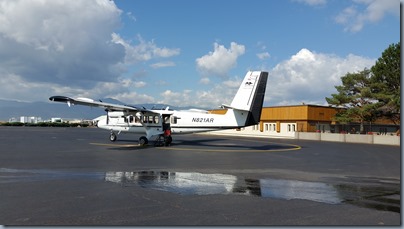 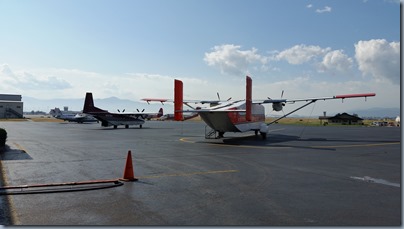 An interesting fact about smokejumpers. During the Vietnam War, the CIA recruited more than 50 smokejumpers who participated in covert actions in Laos, Vietnam, Thailand and Cambodia. Nine smokejumpers died while working for the CIA.