Missoula, MT - actually turned out to be a pretty clear day but you could see the smoke pouring over the mountains from the Lolo Fire Complex.

We had one more stop that we wanted to make while we were in Missoula. 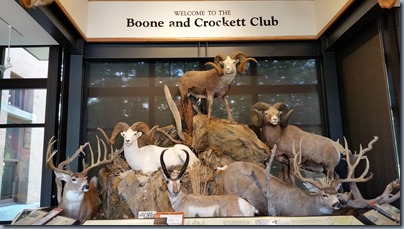 When I was checking online for places to see in Missoula, the Boone and Crockett Club popped up. I had no idea what this club was, but the minute I mentioned it to Jim he knew all about it.

Teddy Roosevelt was one of the founding fathers of the Boone and Crockett Club.  In December 1887, a dinner was held by Theodore Roosevelt at his home in New York City and was attended by 10 of his friends, all hunting enthusiasts. Among the attendees were Dr. George Bird Grinnell, then editor of Field and Stream magazine, Roosevelt’s cousin, and Roosevelt’s brother. At the dinner Theodore Roosevelt proposed that the guests form an organization to promote sport with the rifle and work for the preservation of the large game of North America. The  men feared that America’s large game was being overhunted to the point of extinction.

The first formal meeting of the Boone and Crockett Club was held in February 1888. Those present elected Theodore Roosevelt as President of the Club. 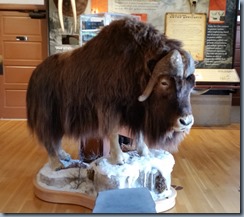 In 1947, the Club formed a Conservation Committee which was instrumental in saving the Florida Key Deer from extinction and establishing a Key Deer refuge in 1957. 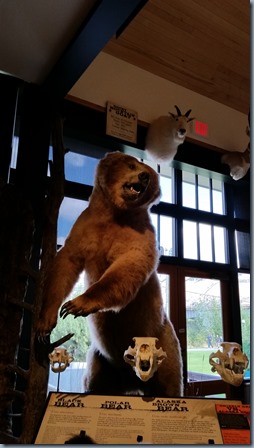 The Club held their first annual Big Game Competition in 1947. Winners were chosen by a judges’ panel based on skull length, antler or horn length, and basal circumference. The popularity of the competition and the records books led the Club to consider establishing an objective scoring system that could be used by trophy holders to measure their own specimens. In 1949, the Club developed the Official Scoring System for North American Big Game Trophies.

In 1992, the Boone and Crockett Club purchased the historic Old Milwaukee Railroad Depot on the Clark Fork River in Missoula, Montana, and relocated its headquarters there from Dumfries, Virginia. 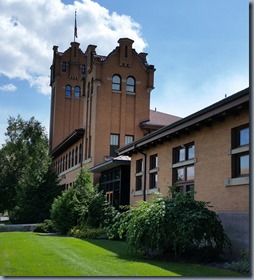 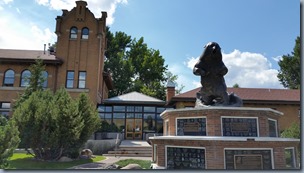 The Clark Fork River in front of the depot. 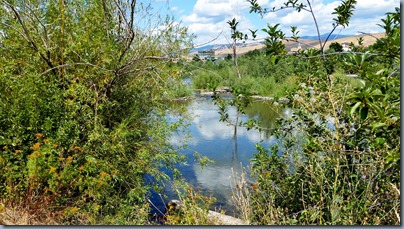