The wind decided to roll on through and Jim does not go out in the boat when it’s windy. I decided we needed to take a road trip and visit another almost Ghost Town.

This inmate escaped his prison but you could tell he really wanted back in. 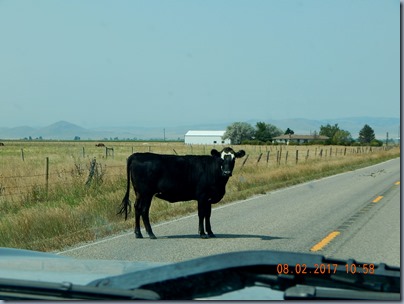 We stopped at the next farm down the road to let them know he was running loose and found it was an Amish household. A young lady was playing with her brother and we told her about the cow. When we came back, he was off the road. 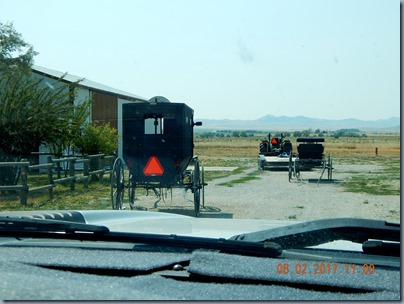 After that adventure, it was on to Radersburg. Radersburg was named after Reuben Rader who was appointed one of the first county commissioners when Jefferson County for formed in 1865.  He deeded 40 acres of his land and laid out the town site in 1866 and it became a town in 1867. I wish I had known that they were celebrating their Sesquicentennial last week-end. That would have been a good time.

Radersburg was established in the Crow Creek Valley surrounded by the Elkhorn Mountains. 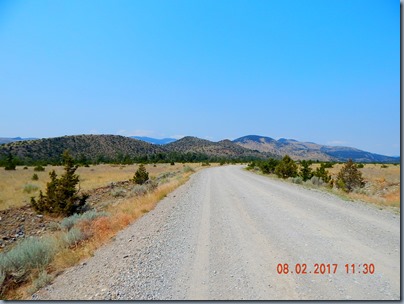 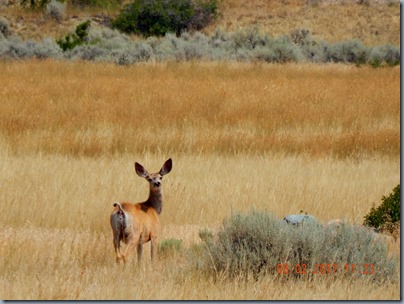 The schoolhouse was built in 1913 and now serves as a community center for the town. 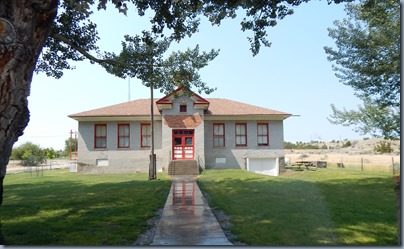 In 1869 Radersburg became the county seat of Jefferson County with a population of 1000. There are currently 65 folks who call Radersburg home.

The old pictures are from the Radersburg Historical Society. 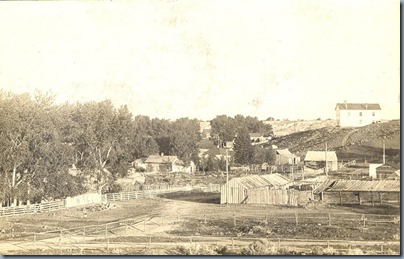 Radersburg was an important stage coach stop but with the coming of the railroad and the development of Toston and Townsend, along with the  decline in the price of gold and other minerals by 1884 it was no longer a shipping center and lost the county seat to Boulder.

This building was the Night Owl Bar. 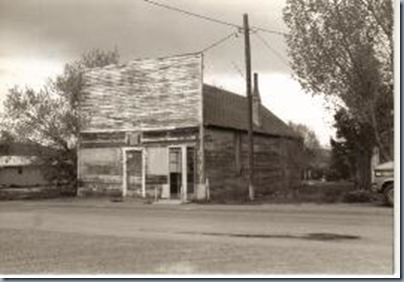 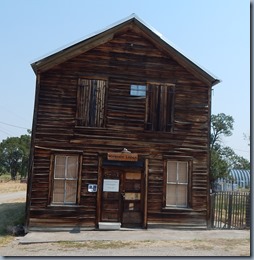 In 1871, the town could boast "a first-class hotel," the two story log Freemont Hotel. 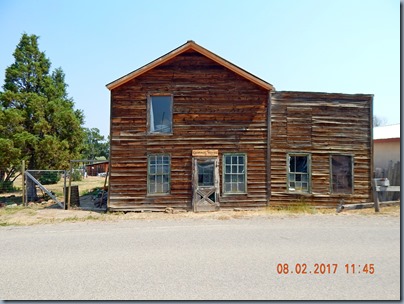 This Historic Methodist Church was built in 1917. 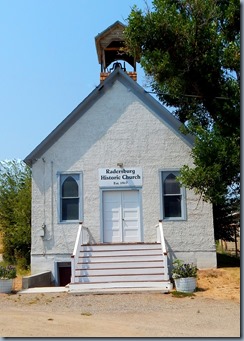 Do any of you remember the actress, Myrna Loy? She was born here in Radersburg in 1905. One of her best known roles was Nora Charles in the Thin Man. 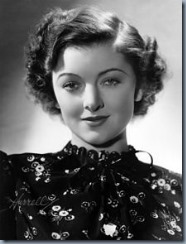 The pups really enjoyed getting out also. 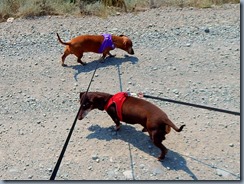