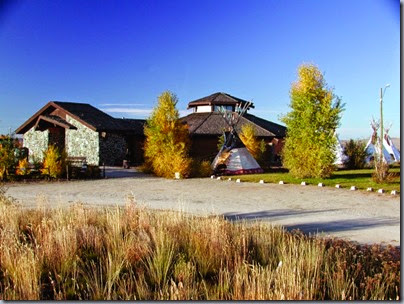 The Pinedale, WY region was at the heart of the Rocky Mountain Fur Trade, which supplied precious beaver pelts to the fashion industries of Europe and the eastern United States. Mountain men like Jim Bridger, Kit Carson, Thomas Fitzpatrick and William Sublette carved their legends here, and opened the way for the pioneers of the Oregon Trail.

Pinedale is the perfect place for the Mountain Man Museum. 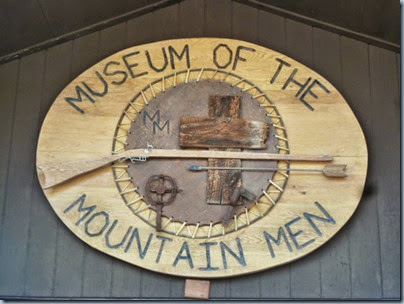 I have to say, this was one of the most interesting museums we have visited. It definitely ranks in my top 5. However, we only had 1/2 an hour before they closed so we whipped through in a big hurry and we’ll have to go back again because we missed so much. 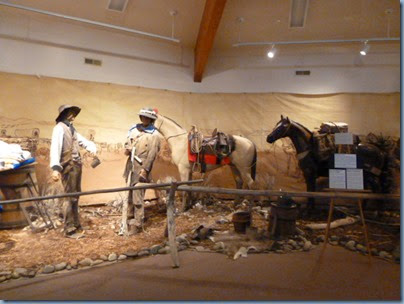 I’m going to share a few pictures with you but you really need to visit this one yourself if you are anywhere close.

The prized beaver hat. Fashionable from 1550 –1850 because the material could be easily combed to make a variety of hat shapes. The demand for beaver pelts drove the animal to near extinction. The popularity of the beaver hat declined in the earl 19th century as silk hats became the vogue. 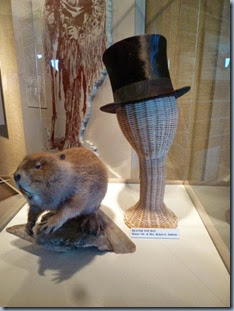 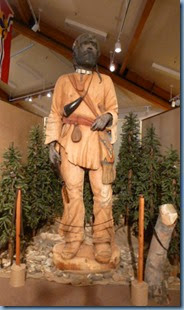 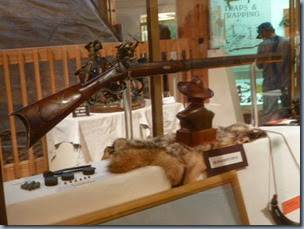 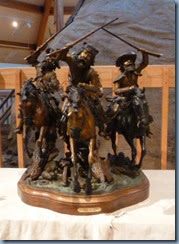 More Winchester rifles in one place than Jim has ever seen. This is just a small portion of them. 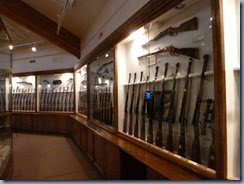 Jim especially liked this one with the gold barrel. 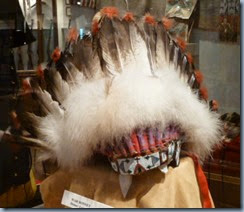 This is just a small sample of a great little museum.