Okay where were we? Leaving Twin Falls. I had thought we were going to spend the next night at the Elko Walmart. Not happening. It’s difficult to get in to and the parking spots are not set up for a rig to straddle them. Small rigs would be okay.

We called a couple of RV parks in the area and they wanted $47 for a night. That was not happening either. I knew there was a small city park at Battle Mountain about 70 miles down the road and Jim said he was up to the drive.

Now city park is rather an exaggeration but they did have five RV spots. No hookups but water at a couple of the sites. And best of all It’s free. 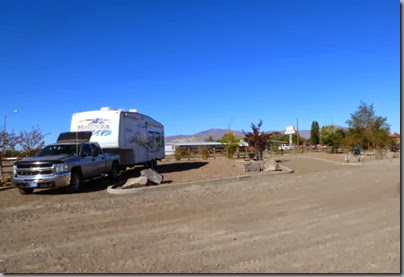 We got backed in and settled when all of a sudden we hear this rumbling noise and realize that we are about 100 feet from a railroad track and a railroad crossing. This picture was taken from inside the rig. 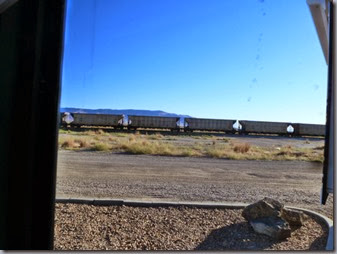 Jim can sleep through anything and I am getting better at blocking our some noise. I only counted three trains during the night. However, since we had covered 70 miles that I hadn’t planned on, my plans for the next night got changed. We were going to stay at the Winnemucca Walmart but instead we drove the 216 miles to Sparks, NV.

We parked at Baldini’s Casino and decided we’d spend three nights there before we moved to the Sparks Marina RV Park. We had train noise but it was much further away and no big deal. 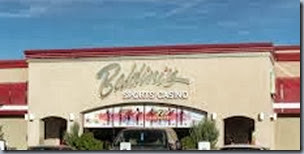 But – we were directly under the landing pattern for the airport. And the airport wasn’t far away so the planes were very low when they flew over. The good thing is that they must not let them land between 11:00 p.m. and 5:00 a.m. 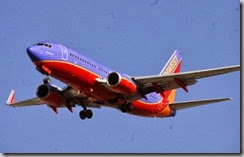 We met up with friends who were also camping at Baldini’s. Went to dinner at the Black Bear Diner. We originally met Diana and Phil at Superstition Skies in Apache Junction. Barbara and Diana are sisters and we also met Barbara and Ron at Skies last spring. 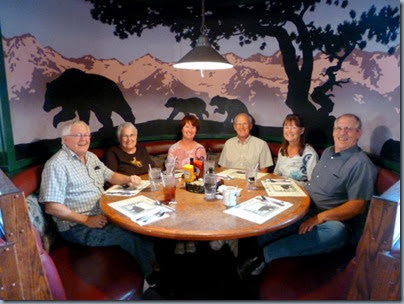 We have moved to the rv park and I was ready for full hook ups again. We were getting low on fresh water and my computer needed a good charge. Now hopefully I can catch up with blogs, yours and mine.