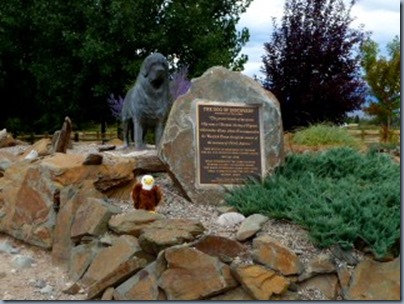 Inscribed on his collar:

The greatest traveler of my species. My name is Seaman, the dog of Captain Meriwether Lewis, whom I accompanied to the Pacifick Ocean through the interior of the continent of North America.

Seaman was a black Newfoundland and was the only animal to complete the entire trip with Lewis and Clark from the Atlantic to the Pacific and back. Captain Lewis purchased him for $20 in Pittsburg.

During the expedition in 1805 Seaman had to have surgery on one of the arteries in his hind leg that had been severed by a beaver bite. In 1806 he was stolen by Indians and Lewis threatened to send armed men to kill the Indian tribe if Seaman was not returned. The Indians decided the dog was not worth the battle and returned him. 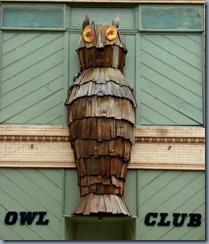 Now for a complete change of pace – take a look at this owl. He is on top of a bar in Salmon. What’s interesting about him is the fact that he is full of arrows. Yep, arrows. But I haven’t been able to find out why.

Can you see them better now? 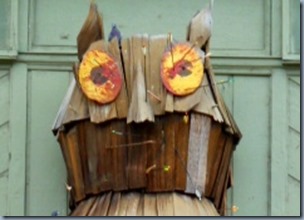 Tonight we are in Arco, ID. I have to say that the drive from Salmon to Challis has to be one of the most beautiful we’ve driven. I took lots of pictures but these are my favorites. 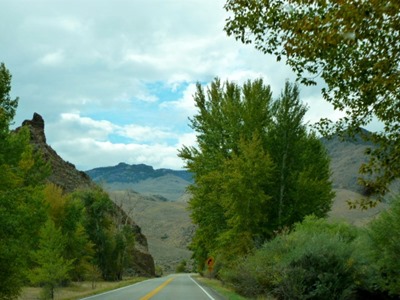 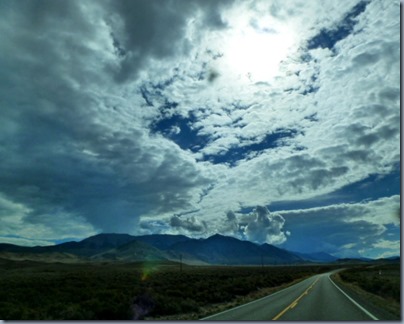 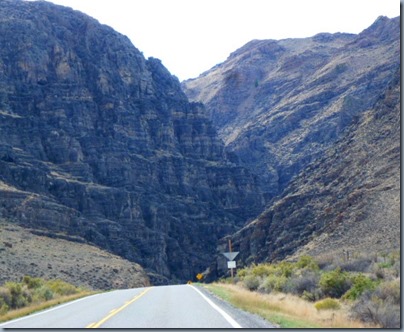 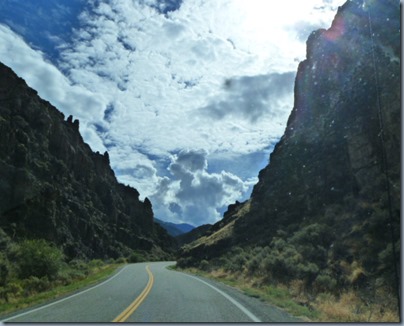