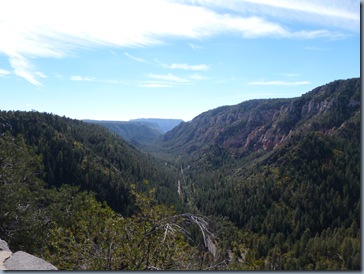 Our friend, Dianna, had suggested last week that we drive up to Oak Creek Canyon to see the Fall colors. Figured Tuesday would be a great day since the long week-end was over and the weather was to be perfect. 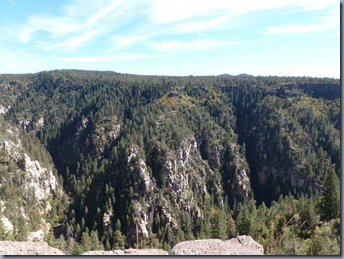 Except that there isn’t much color yet. It was still worth the drive through the canyon. We took Dianna’s car and drove up almost to Flagstaff and then came back down the canyon to Sedona. 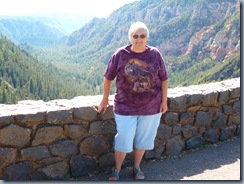 There were still a whole lot more people and cars than I expected. Made it difficult to stop anywhere and take pictures. Most of the turnouts were full of cars and if you tried to slow down the cars behind you got really impatient. 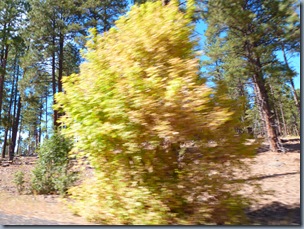 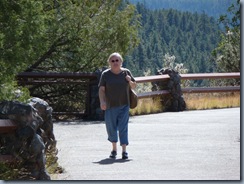 Dianna hates to have her picture taken but I did sneak this one in. One of these days she’s going to realize or at least accept the fact that I take pictures. 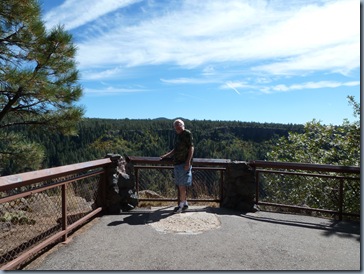 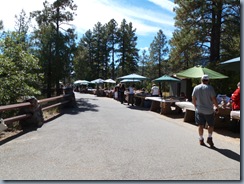 The Native Americans have set up stalls to sell beautiful hand crafted items.

Found these pretty flower on the path we took back to the parking lot from the vista point. I bet it is beautiful in the spring. 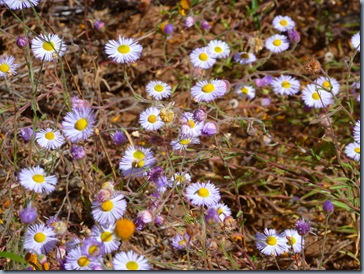 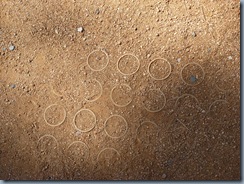 Anybody have any idea what these are or what they’re used for? They were on the path through the trees and were all along the path. They appear to be part of the path structure. 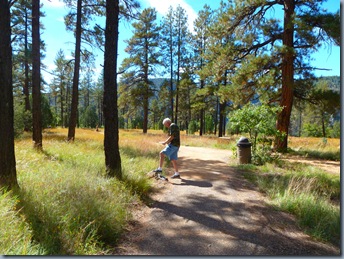 We were going to stop at Sliding Rock State Park but with Jim’s leg he couldn’t walk that far so we pressed on towards Sedona. And, of course, the rock gets so much redder the closer we got. 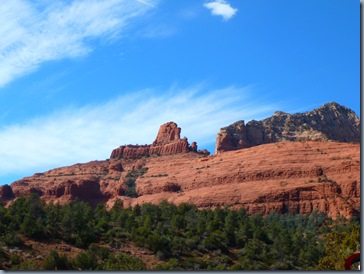 Took way too many beautiful pictures. If you’re in the area, this is definitely a drive you need to take. Have to include a cloud picture. 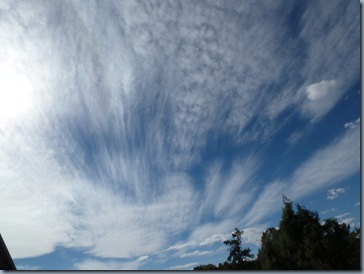 One thing did mar the day. As we neared the Vista Point, there were several police cars on the side of the road and we could see a sheet covering a body. Found out later that a mother and son had each committed suicide there together. My heart breaks for them. I know life is hard but there just has to be another answer.

Jim Update: Still don’t know much. He has to have more tests on his leg tomorrow. No blood clots, so that is good news.