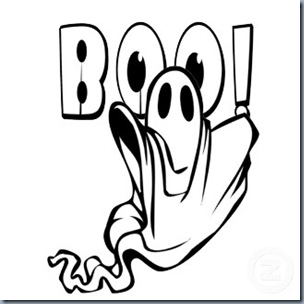 I figured it was about time for a round up of our last week. Not much going on but we did do a couple of really fun things. 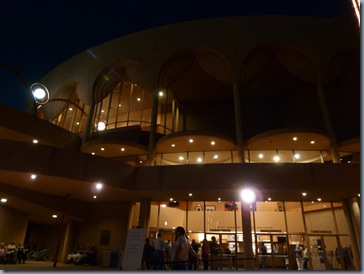 This building is Frank Lloyd Wright's final design. He was a close friend of ASU President Grady Gammage and even thought the design of this building was originally to be used in Baghdad, Iraq, after seeing this site he knew this was the place to build. The first event, The Philadelphia Orchestra under the baton of Eugene Ormandy, was held September 18, 1964. 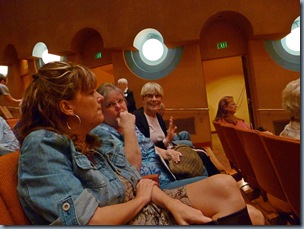 Shannon, Dianna, Bobbie and if you look closely you can see a little bit of Steve (but not Jin).

It’s a beautiful building which is on the National Historic Record. That does create a couple of problems. They cannot make any changes to the building without jumping through about a million hoops. And a couple of things need to be changed. 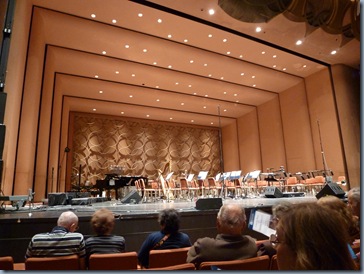 They need more restrooms. Believe me, they really need more women’s restrooms. They also need to add another elevator, larger than the one they have. That is right, they have one very small elevator and it for the use of disabled people.

The reason I know that is because Jim was in his wheelchair and we had to use that elevator. Two wheelchairs barely fit if you maneuvered them just right. Took awhile to get all us old folks down and then up again at the end.

The concert was more than worth it though. Absolutely incredible. Such talented band members under the direction of Colonel Larry H. Lang. 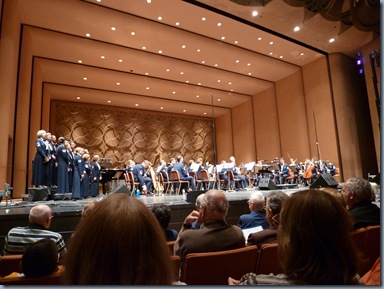 This was the first time I’ve ever heard a Euphonium as a solo instrument. The guy could really play but a strange pick, at least for me, as a solo. (I played an oboe in high school and college.) 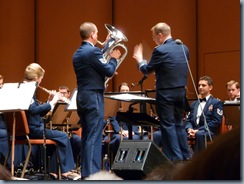 However, the Singing Sergeants stole the show. Especially this man. Please excuse the horrible picture. He brought down the house when he sang Ole Man River. WOW! 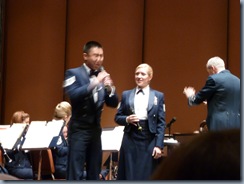 We had a wonderful time and it was FREE. If you are ever in the area of one of the United States military band concerts, do not miss it.

I’m going to save our other fun time for the next blog. Have a wonderful evening and don’t eat too much candy.