Trying To Bring The Blog Up To Date

It has been so long since I've made a blog post I'm not sure I remember how.  So this post will hopefully not be too long as I bring it up to date.  Lots of pictures. 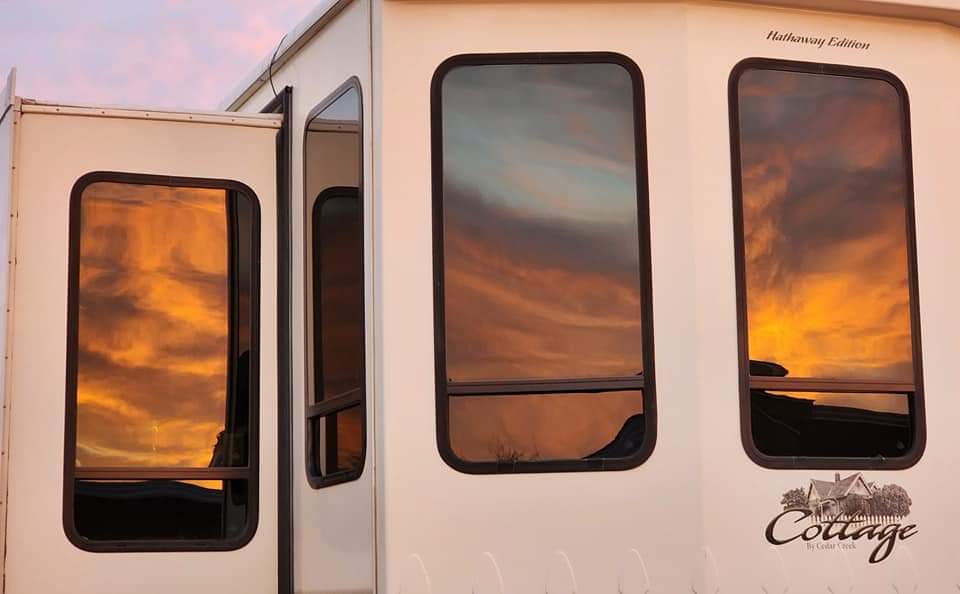 I took many cloud pictures.  But I'll only post a couple here. We had a wet monsoon season this summer which we really needed. I'm hoping the Rockies get a lot of snow this winter to help with the drought that the southwest is suffering from. 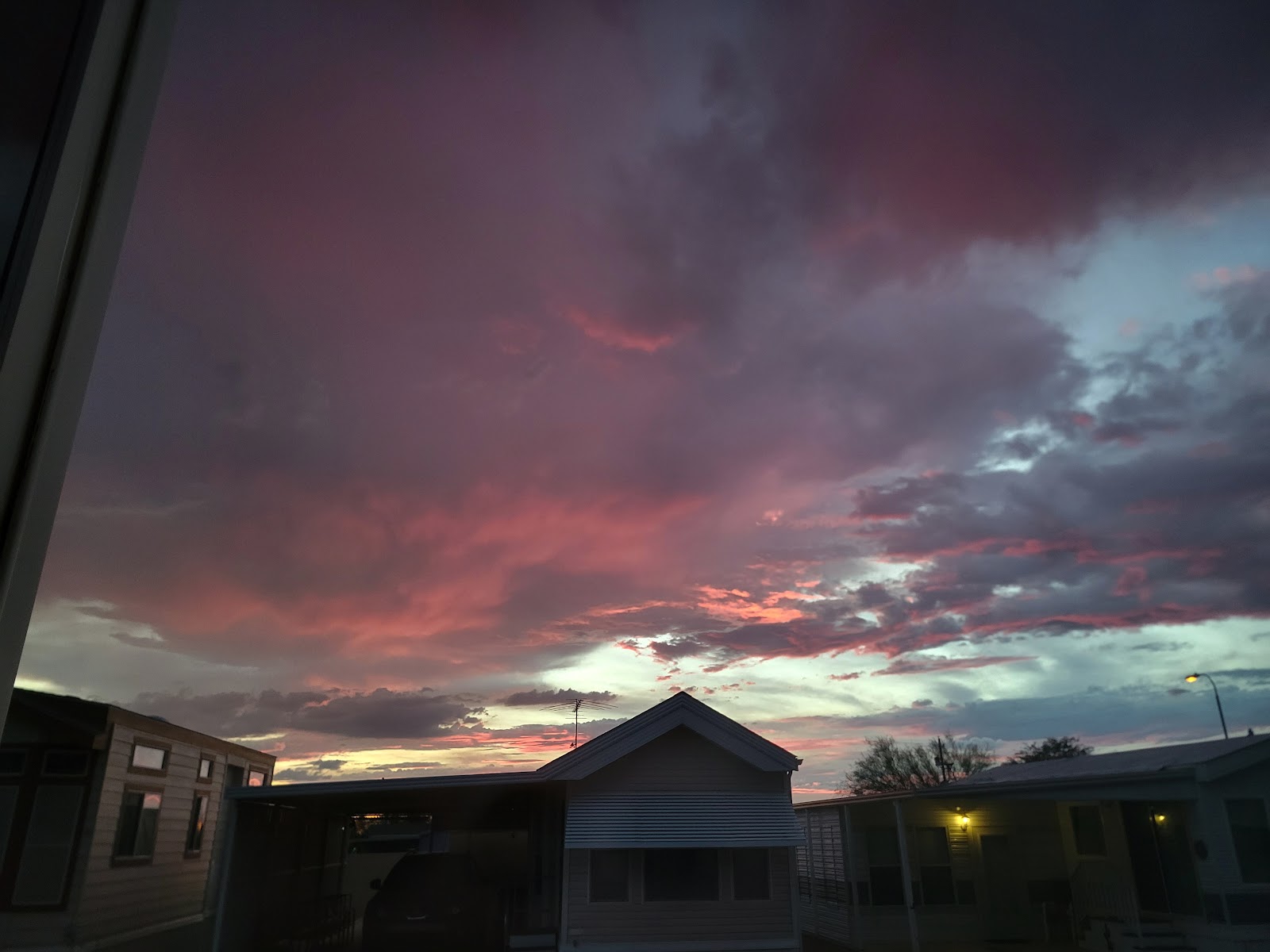 One day I decided to take a drive out to Saguaro Lake which was probably not a good thing to do. This is where Jim always went fishing and I wasn't ready for all the sadness that swept over me. 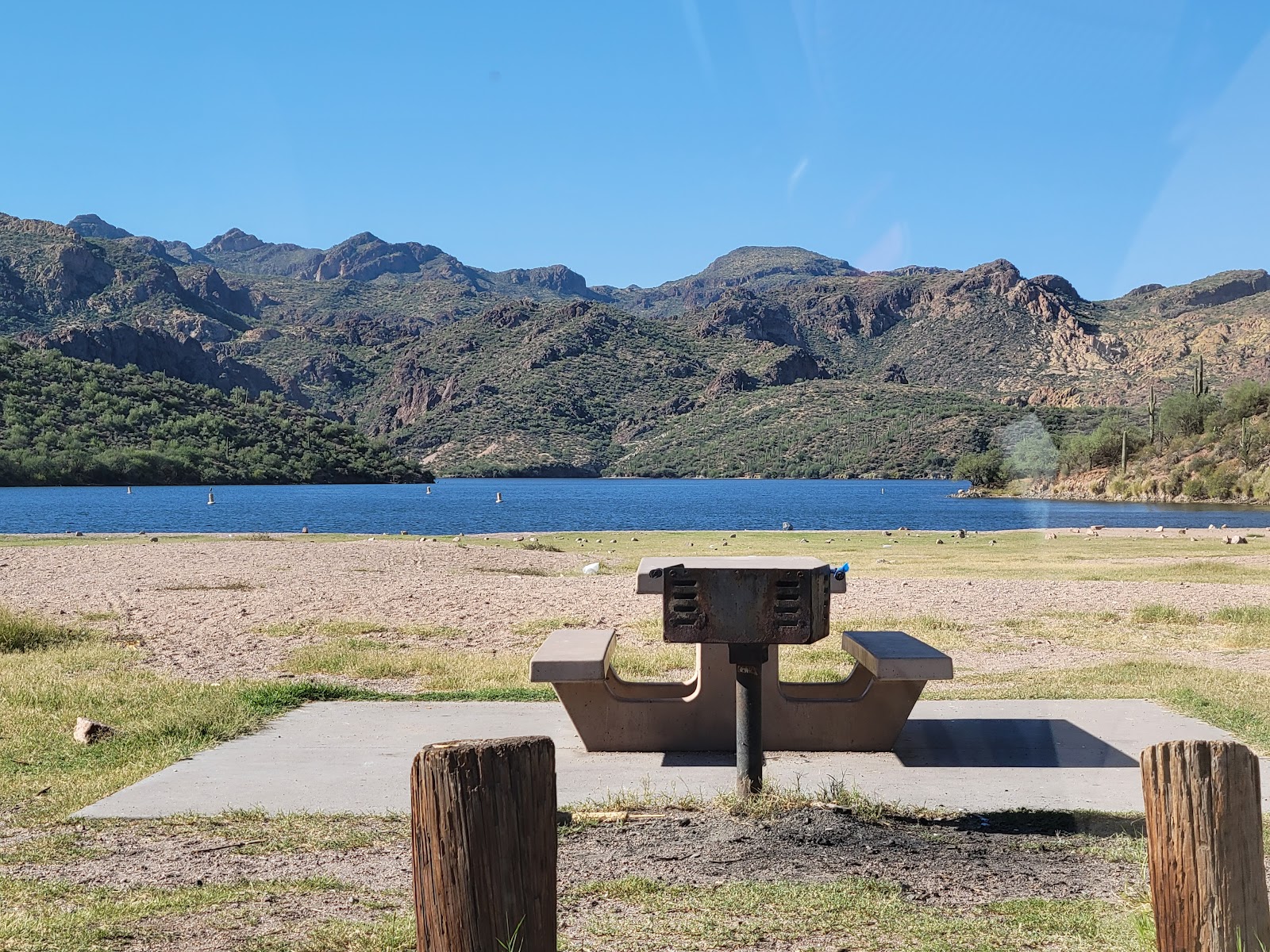 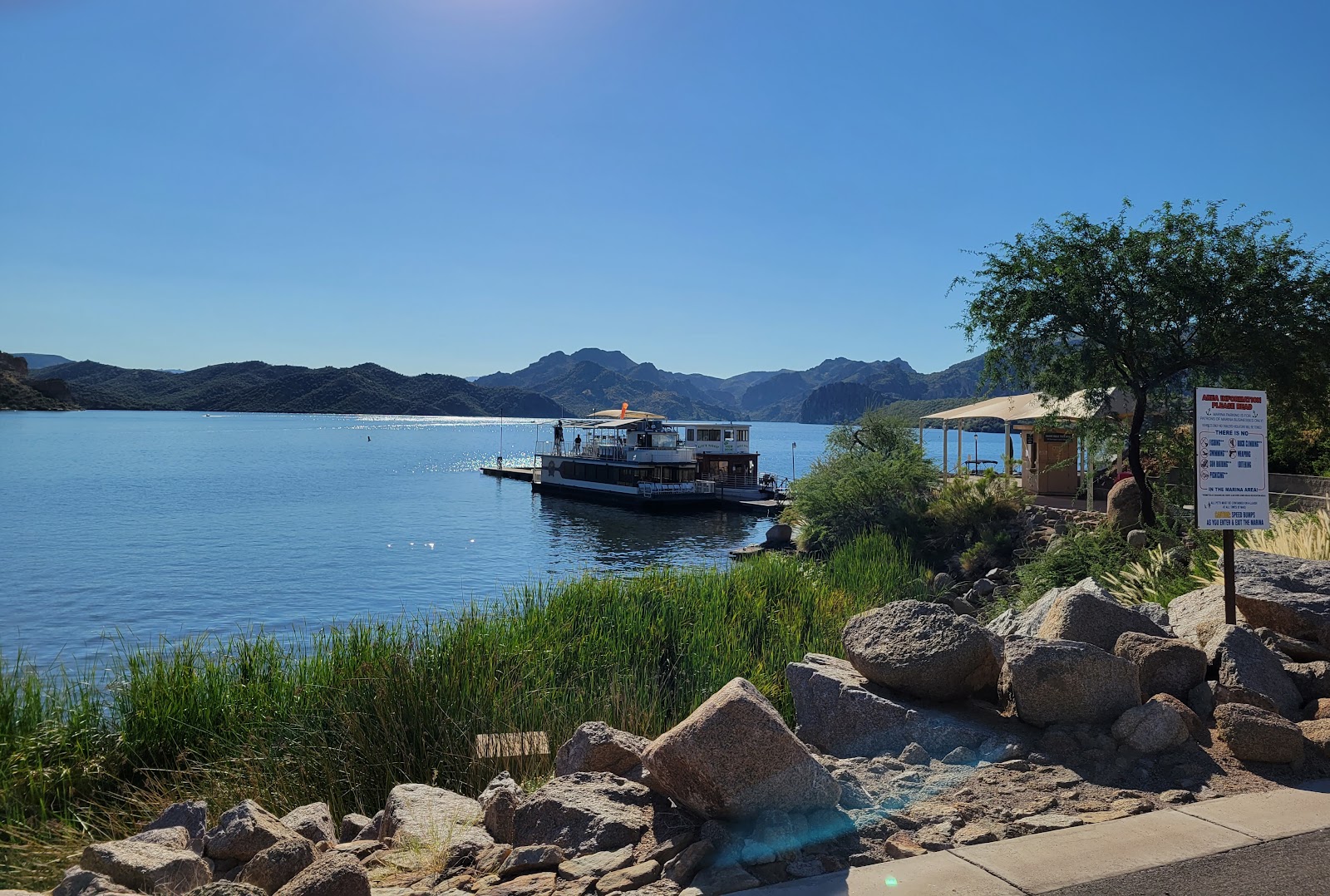 I also sold Jim's boat to the most perfect buyer. Reid and Jylan, neighbors in the park, were beyond helpful in that effort. They ran all the ads and then ran interference for me with all the people that wanted to check out the boat. Finally a couple came by to check it out and ended up buying it. The man has four sons (like Jim) and wanted to be able to spend time fishing with them which was Jim's most favorite thing. Made it so much easier to say goodbye.

People started returning to the park in September which was a lot of fun.

Halloween week-end turned out to be the best of times. Todd and Michaela were here to visit.

I had a list of things I wanted Todd to do for me and he finished most of them. One of the major ones was to take his stuff out of the shed.  Then in November we had a part wide patio sale and I really cleaned out stuff! I can now find things. 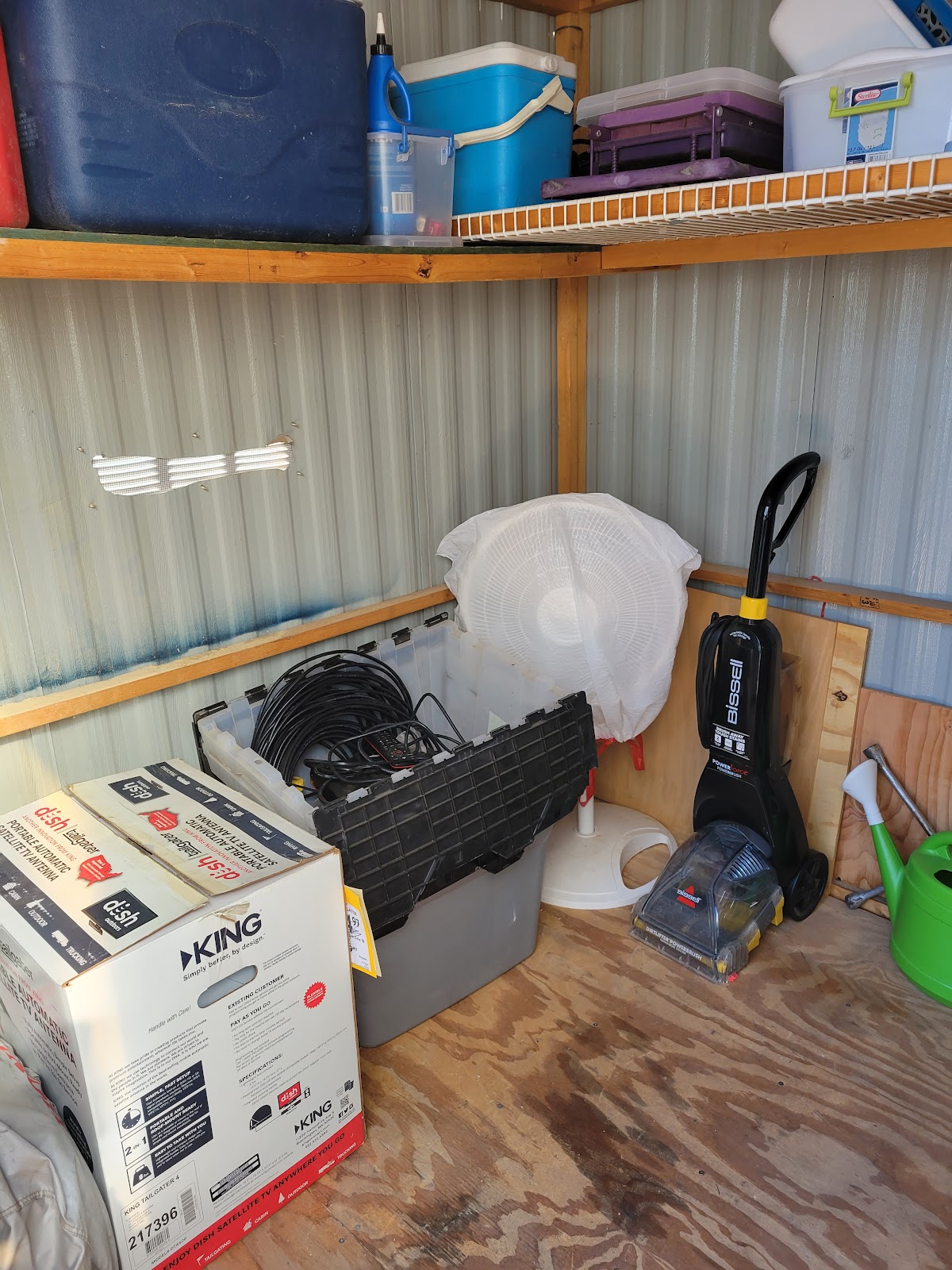 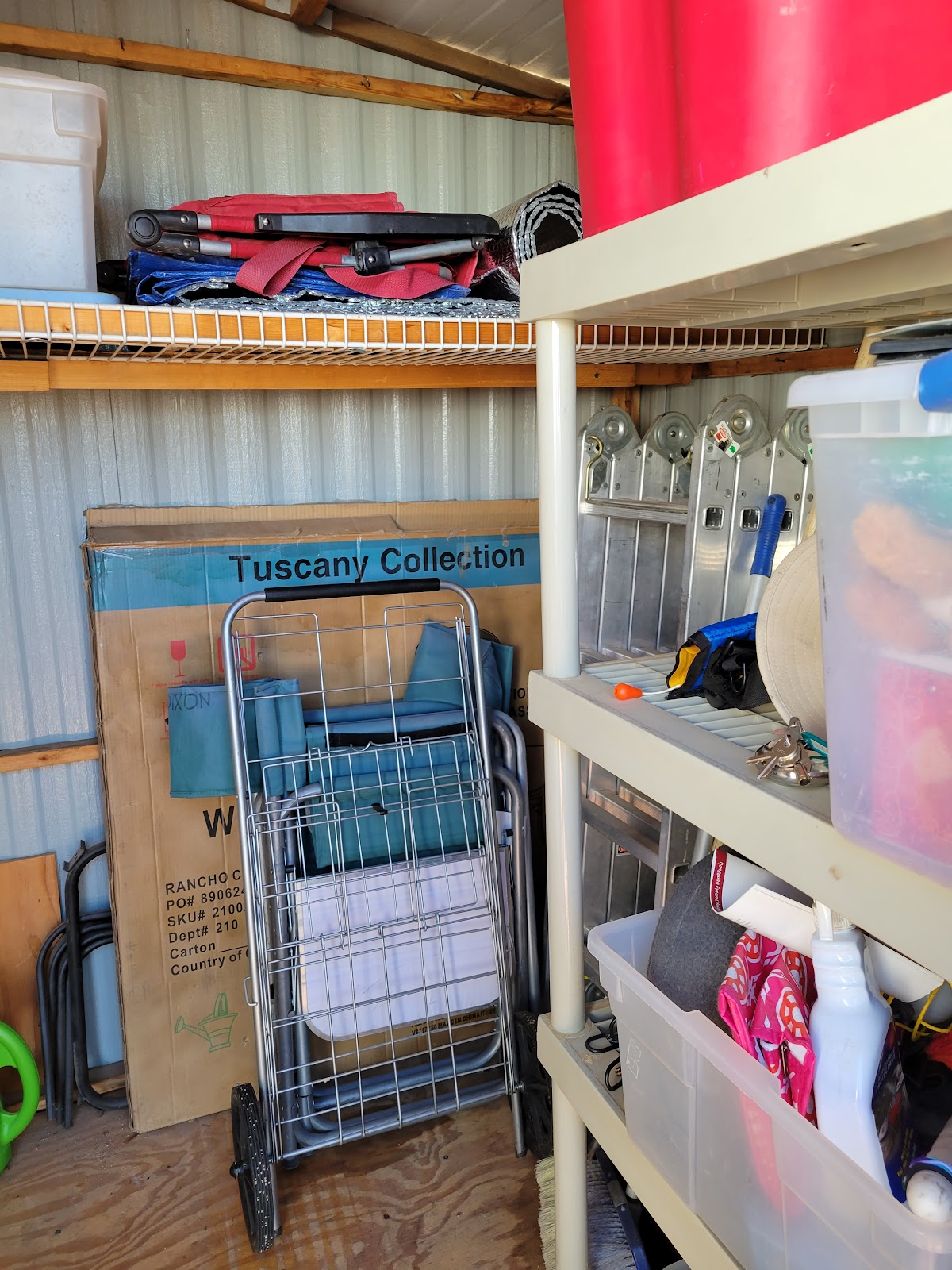 The other was to clean the inside of my car and clear up the headlights. Success. 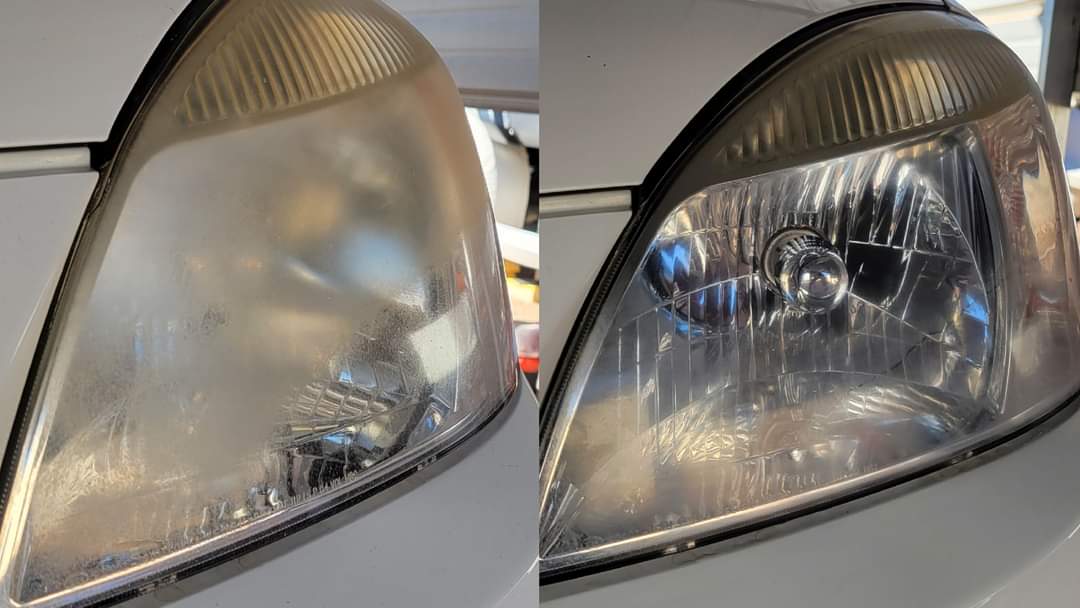 They took some wonderful pictures on their trip so this next part will be heavy with pictures I want to have in my blog. 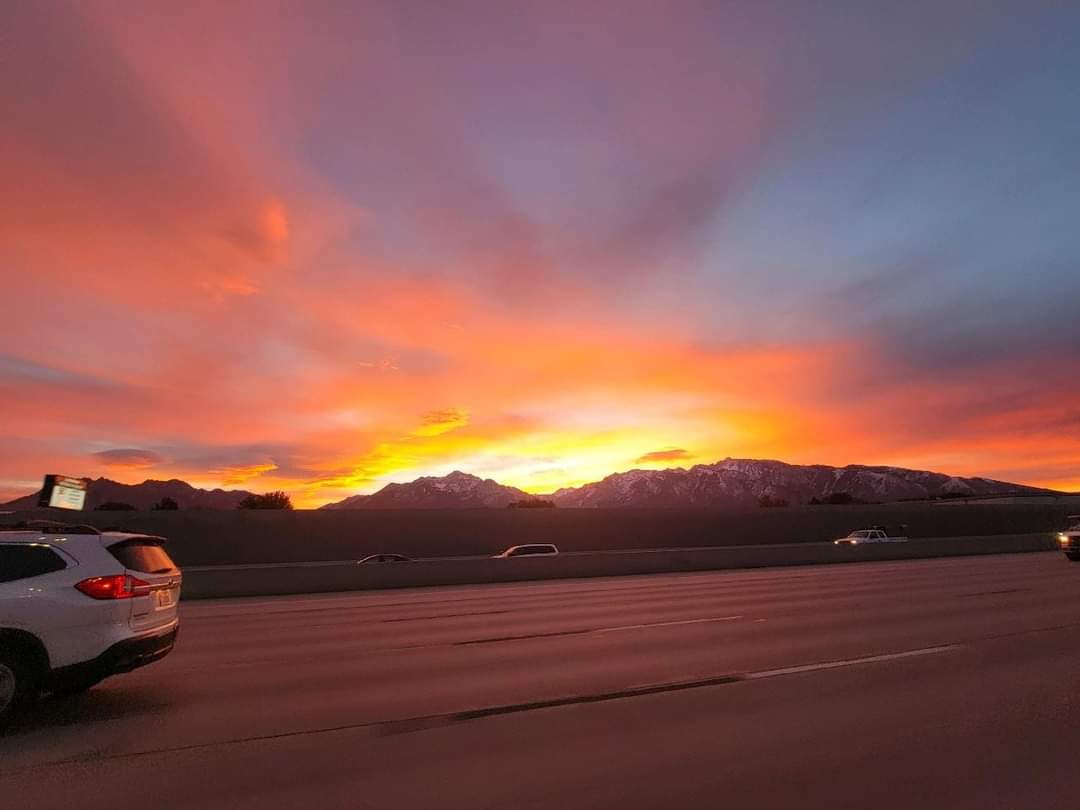 Todd grilling chicken wings for us. 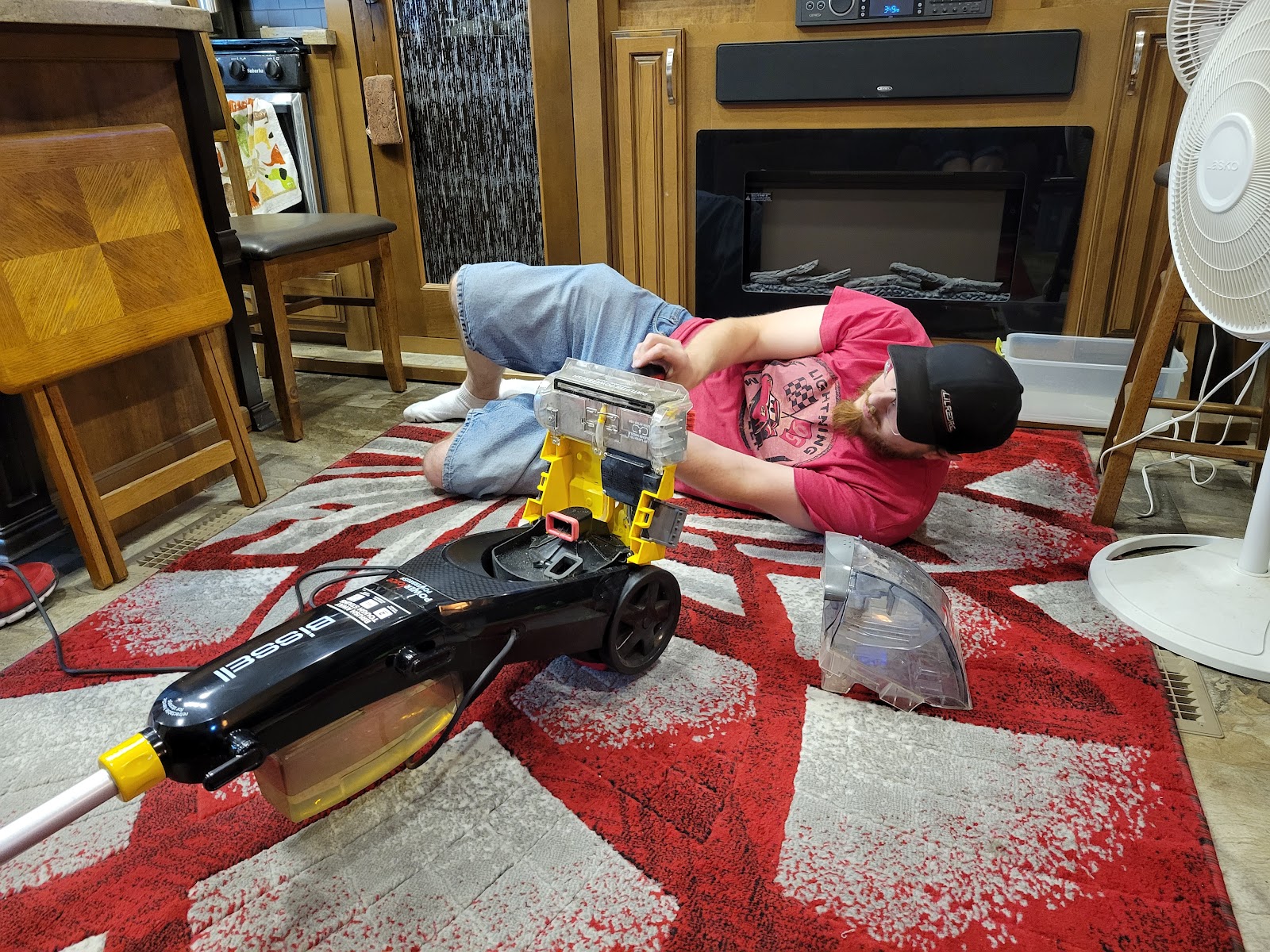 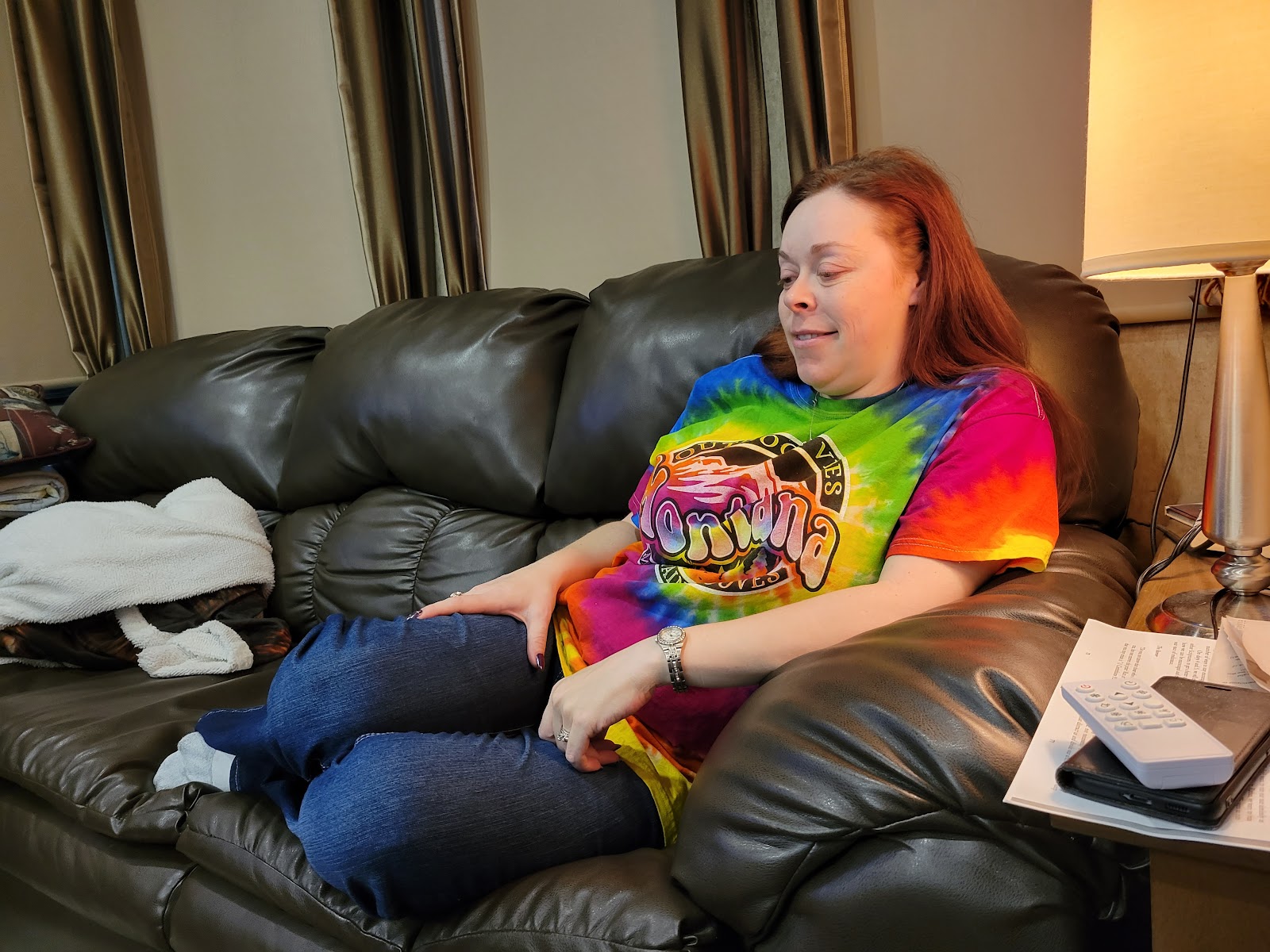 More pictures from their trip that I really like. 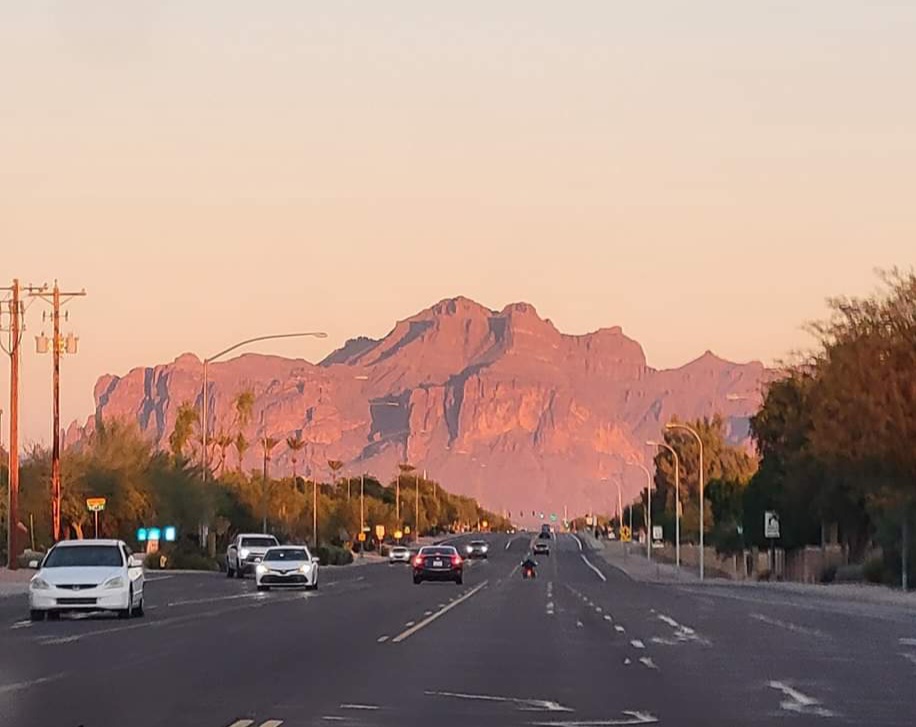 I look so old in this picture but it's so good of the kids. Michaela is feeling really good and her baby bump is starting to show. We are all so excited for Eli to arrive.

Found this picture of Jim and I when we were in Richmond, VA. 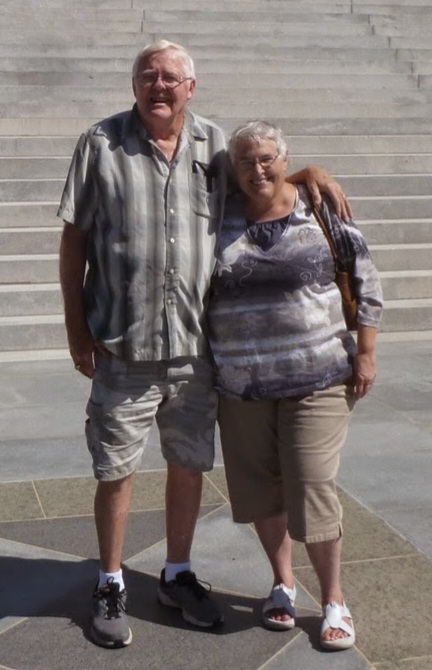 Ginny and Mickey invited Paul and me to their house for Thanksgiving dinner. The food was fantastic and the company was very special. 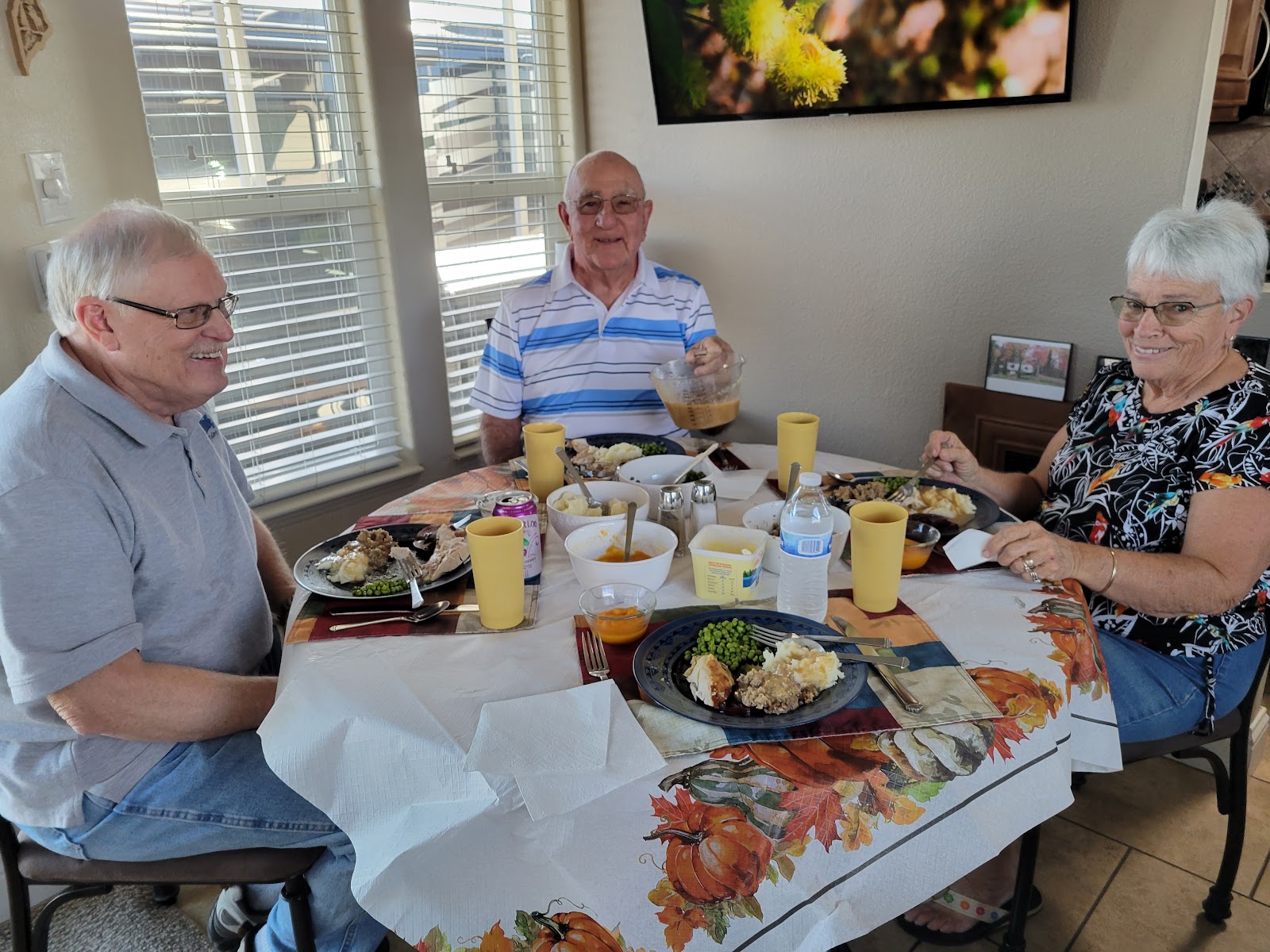 This catches us up on my world. Hopefully it won't take me another two or three months to post an update.