We left Price and headed towards Moab. Figured we’d boondock a few miles south of town but when we reached that point, it was only 11:30 in the morning and we decided to push on a little further. Well, a little further because a little further and finally after 316 miles we ended up at the fairgrounds in Farmington, NM. We stayed here last June and really like it because there is nobody around.

I had one thing I still wanted to see in June, but we ran out of time. This ride was the only thing planned for this stop other than relaxing. Well maybe laundry. 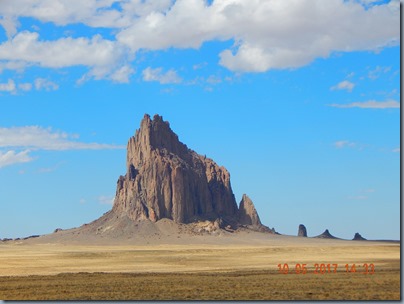 Shiprock is a monadnock which is an isolated rock hill, knob, ridge, or small mountain that rises abruptly from a gently sloping or virtually level surrounding plain. It is what is left of a volcano’s throat after years of erosion. It’s peak elevation is 7,177 feet above sea level and rises 1,583 above the plains of the Navajo Nation.

People used to be able to climb the formation but in 1970 the Navajo Nation declared the rock to be sacred and it is considered extremely important to the people and their religion.

The name Shiprock dates from the 1870s because the peak resembles an enormous 19th century clipper ship. 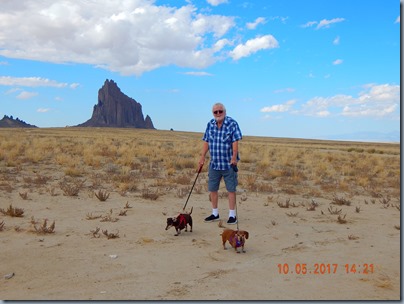 You can see the rock for miles from the highway, but getting to it is a little more complicated since there are no signs. I found some pretty good directions on the internet and we eventually found the dirt road leading out to the rock. I wouldn’t recommend trying to drive that road in a car and definitely not in the rain. 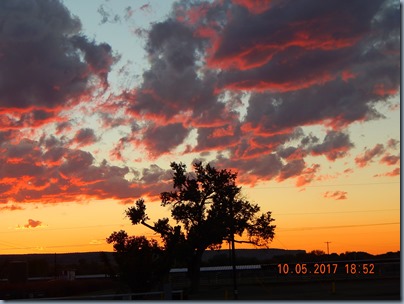