On The Way to See Balloons

I am behind on posting blogs. We are at the balloon fiesta. Internet is slow – guess there are too many people trying to upload pictures.

Time for a rendezvous with Jeri and Terry. Jeri found an RV park at Sky City Casino about 60 miles west of Albuquerque. Nice long pull thrus with full hookups for $20 a night. We made reservations for two nights and parked next to Jeri and Terry.

I totally forgot to get a picture so I’m using Jeri’s. Thanks. 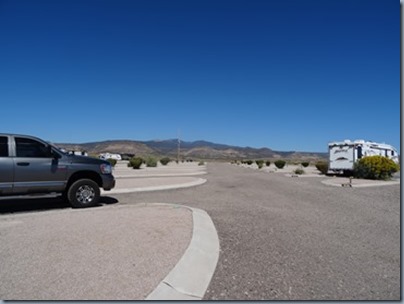 We are on our way to the Albuquerque International Balloon Fiesta. This event has been on Jim’s bucket list and this is the year to check it off. Especially since we have such great company.

Monday morning we arrived at the Balloon Fiesta Park in Albuquerque. They really have the traffic and parking down to a science. We registered for the “cheap seats” and when they parked us, we could not be any further away from the launch field unless we left the park. The volunteer who parked us told us that if he wasn’t a volunteer these are the sites he would be in. 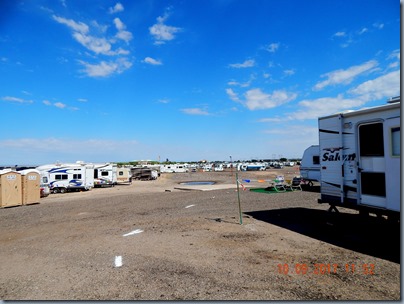 We paid $35 a night for boondocking on an old landfill. Generators have to be 2 feet above the ground because of methane gas. It is not the most level spot around. Our hitch is flat on the ground. But we are level. We are directly across the road from the shuttle stop, the garbage dumpsters, and two porta potties. Just glad the temperatures are not hot. 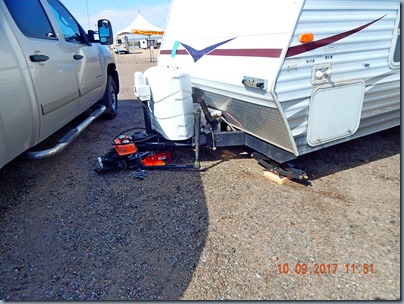 RVs everywhere. The woman at the check in booth said there were around 1800 RVs parked here. 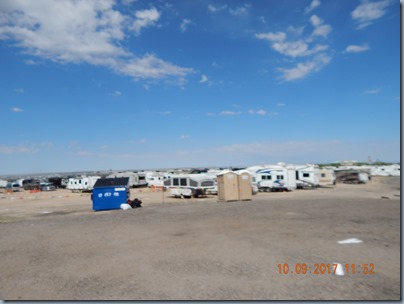 We have no idea what to expect so I guess we’ll figure it all out tomorrow. For now we’re going to dinner at Wise Pies with Jeri and Terry.