Jan told us about the tour of the Olympic Park and that sounded like a lot of fun. We bought tickets ($7/per senior) for the 11:00 a.m. tour. 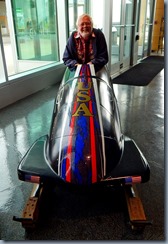 Our tour guide was Carl Roepke. What a great guide. He was a member of the USA Luge Team from 1983 to 1988. He is the 2008 and 2009 U. S. Luge National Masters Champion. He helped develop the tour program at Park City. We were really lucky to get him for our guide. 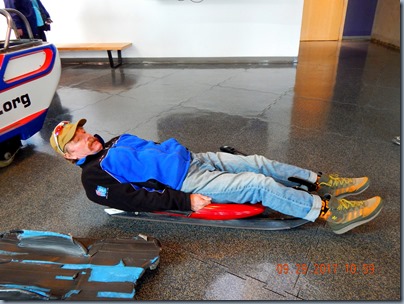 If you pay attention to the announcers at the Olympics in S. Korea in February, you will hear his amazing voice. He has been a commentator for several Olympics as well as other sports championships. 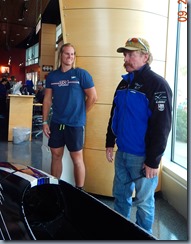 He explained to us how to ride and control a luge. Then he moved on to the bobsled. The park is full of athletes who are competing to be on the USA teams for the February Olympics. The young man in this picture is a pusher for the bobsled team. His name is Zach and he’s from Oklahoma. He has already been picked to go to Lake Placid for additional qualifying. The athletes usually don’t know til the middle of January if they will be competing.

Outside he let us watch the skiers practice their jumps. There is no snow so they land in the swimming pool. I tried taking pictures of the skiers and this was the best I could get.

Can you see the skier and their coach way up on the slope? 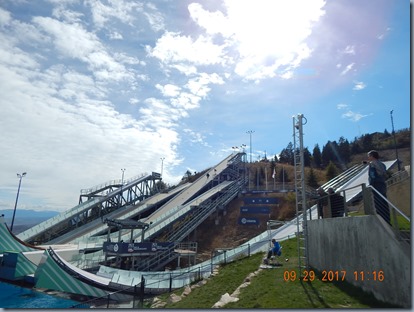 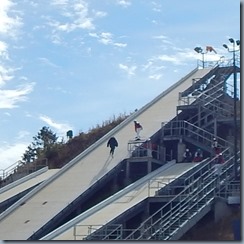 The bubbles make for a softer landing for the athlete and also help them judge where they should be for their jump. 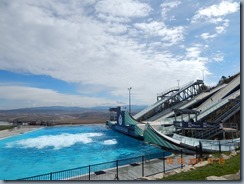 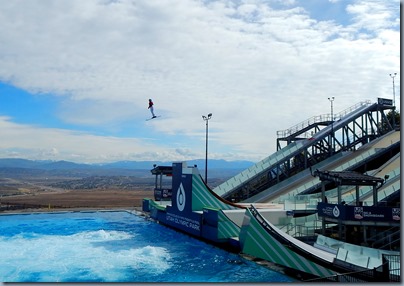 He really isn’t going to do a belly flop. I caught him in mid-somersault. 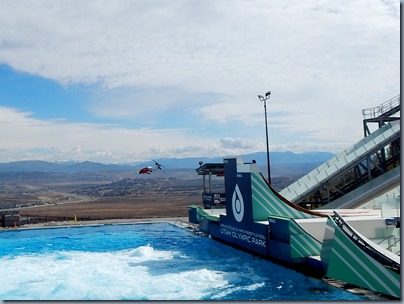 We then took the shuttle part way up the mountain so we could see the start the of luge and bobsled runs. 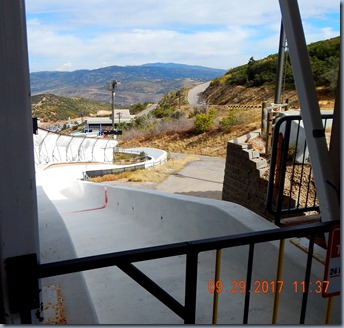 Under the cement are refrigerated tubes. He explained how water is sprayed on the cement to form the ice for the luge and bobsleds to use. It is amazing how precise they have to be with the spray of the water in order to make the course safe. This seemed to be one of the jobs that Carl really enjoys doing. The guys wear shoes with spikes in the heels and walk backward down the track. It takes about 7 days of continuous spraying once the weather gets cold enough. 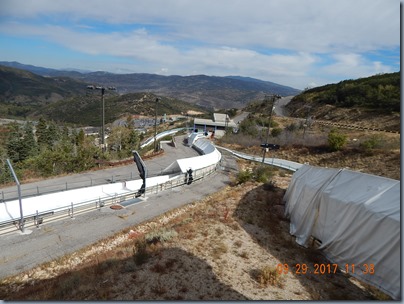 Then we went higher to see where the skiers start their runs. I can’t even imagine heading down the mountain strapped to a pair of skis. It was hard for me to even look over the edge. 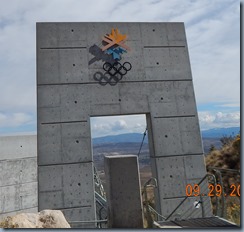 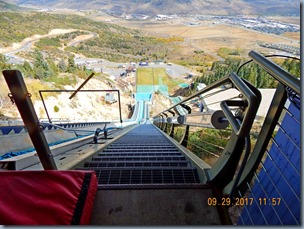 Carl was telling us about the competition that was starting the next day. There were going to be over 700 athletes from around the world challenging themselves to make the team. There is a white starting line back at the beginning of the grass. The athletes line up and are timed as they race up to the top by climbing those blue ropes. If they don’t make it in less than ten minutes they aren’t going to make the team. 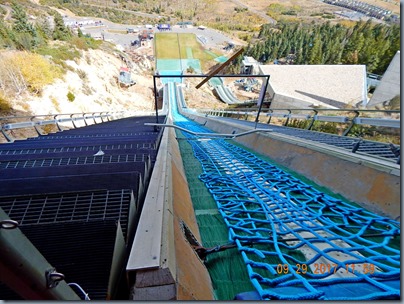 There was so much more he told us but without recording everything I can’t remember it.

The view of the venue from the top is amazing. 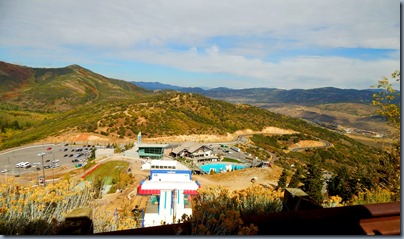