Mass Ascension is the launch of all the participating balloons. The balloons launch in two waves. Zebras (launch directors) serve as traffic cops to ensure the safety of all involved. 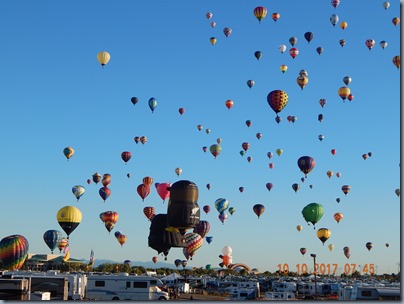 It was so cold this morning that taking pictures was hard because my fingers were so frozen they wouldn’t push the camera button. And I had heavy winter gloves on. 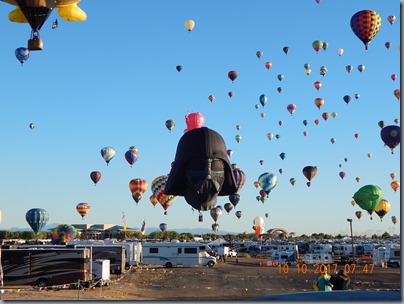 WOW WOW WOW – I don’t know any other words to describe the experience of watching 500+ hot air balloons launching into the air and passing overhead.

This balloon was inflated and launched just one row over from us. 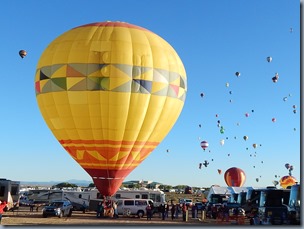 The Albuquerque Balloon Fiesta began in 1972 with 13 balloons. In 1978 it became the largest balloon event in the world. 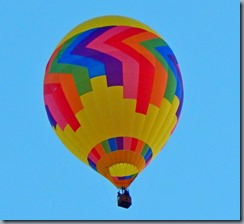 Jim made me a cup of hot chocolate and I would take a few pictures and then go inside to sip and warm up so I could go back outside and take more pictures. I have hundreds of pictures and choosing just a few is almost impossible. 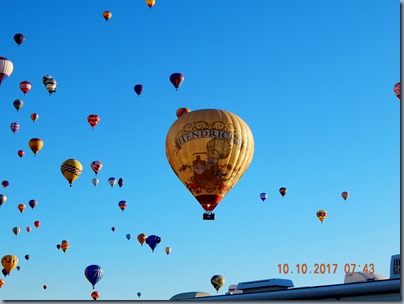 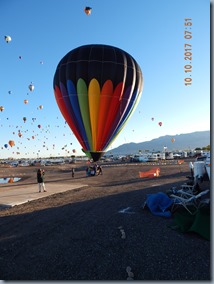 This balloon landed right behind us. The basket was tipping over as the wind pushed it along the ground and people were running to help hold the basket upright. They were able to launch the balloon after traffic in the air over them cleared enough.

These two little boys were so excited about being able to help hold the balloon. 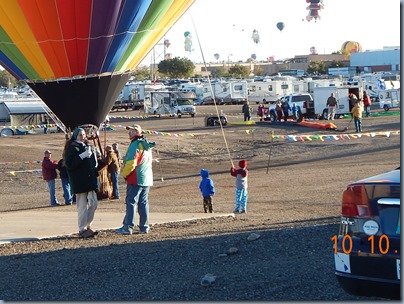 As the balloons lifted into the air, the lower level winds brought the balloons directly over the top of us. The views are just incredible. There is no way any picture I take can do justice to this experience. 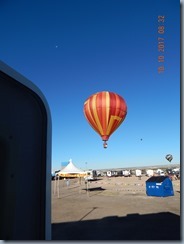 This picture was taken from our doorway. Balloons were everywhere.

These pictures were taken Tuesday morning which turned out to be the best day for us because the winds blew the balloons directly overhead. Wednesday and Thursday mornings, the balloons drifted more to the west over the Rio Grande River. 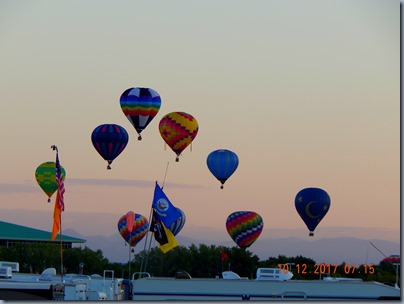