Salt River Canyon and a Couple of RV Park Reviews

We left the Valley of the Sun about 12:30 Wednesday afternoon. Had a beautiful drive through Salt River Canyon. 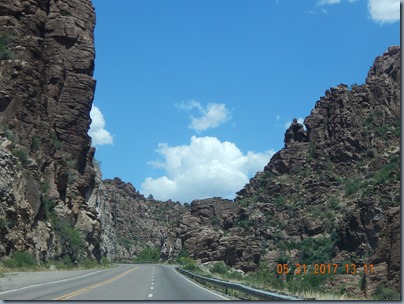 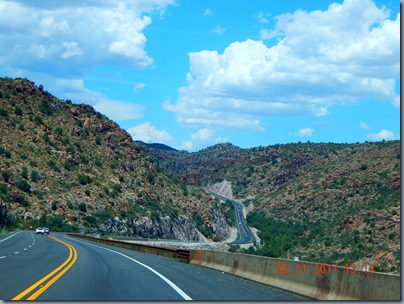 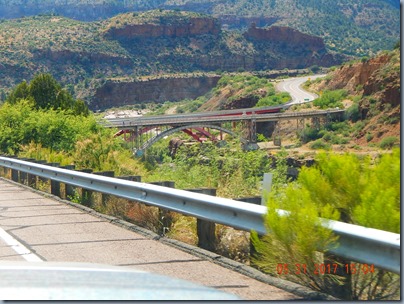 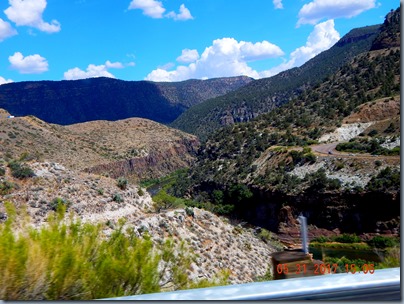 We ended up in Springerville, AZ for the night. Stayed at Avery’s RV Park for $16. Not anyplace I’d want to stay for longer than a night but site 16 worked for the one night we were there. It was level and we didn’t have to unhitch. Mostly permanent residents and a couple of sites covered in junk and more junk. The first site they wanted to give us had a car parked in it and was rather small. We drove through the park and then told them we wanted site 16. No problem.

We also ate some of their BBQ which got rave reviews on Yelp. It was okay but it definitely doesn’t compare to Can’t Stop Smoking BBQ.

Saw this beautiful catholic church in Springerville when we got lost trying to find the RV park. 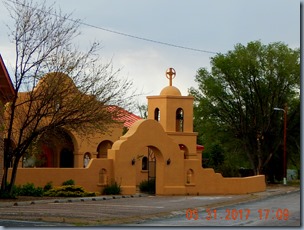 Up early the next morning to head out. Time to cross an item off my bucket list. However, that deserves a post of its own.

We stayed at the Western Motel and RV Park in Magdalena, NM. Would not stay again. There isn’t much of a sign for the RV park and we drove by the motel and had to turn around and go back. The RV park is behind the motel. Not sure how many sites because they weren’t marked very well. We had a pull through site for $22 – Passport America rate. I can not imagine anyone paying $44 for this place. They told us the rate is based on length and considering our Bungalow is only 23’, that doesn’t make sense to me. Not level at all and when Jim went to dump, he had to loosen the sewer cap on the site next to us so it wouldn’t back up. Enough said.

I didn’t take any pictures of either RV park. I had a raging migraine and just didn’t think about it.