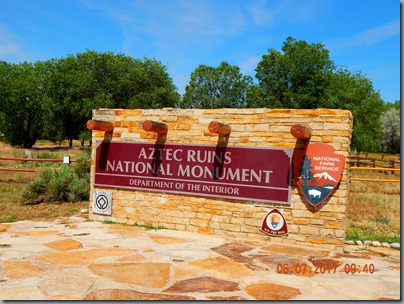 We checked out reviews for the ruins and found very positive remarks and also the fact that the trail through the ruins is only 1/2 mile. Jim felt he could do that especially if we went in the morning before it got really hot.

First of all, the Aztecs never lived here. Aztec Ruins was built by ancestors of American Indian people who are still living in the Southwest today. The site got its name because early Spanish explorers traveling north from Mexico commonly used the term “Aztec” when naming many of the ancient sites they encountered. The ancient builders of Aztec Ruins migrated from Chaco Canyon to the banks of the Animas River around 1100 and are generally called “ancestral Puebloan people.” 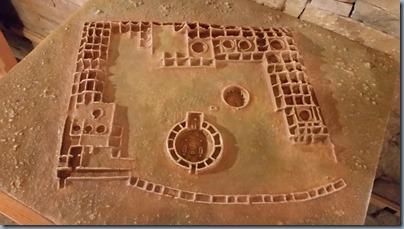 This is the Great House or Kiva. It was excavated by Archeologist Earl Morris in 1921 and he also rebuilt it in 1934. It was used by the people as a community center for ceremonies and celebrations. 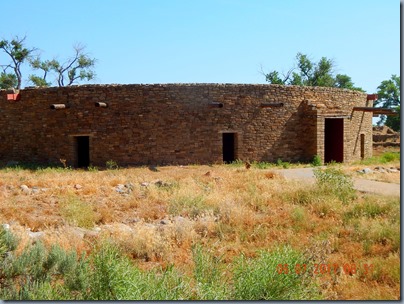 Although not all Great Kivas are identical, they have some common features, including large size, a central fire pit, four pillars and floor vaults. The use of the vaults is unknown. 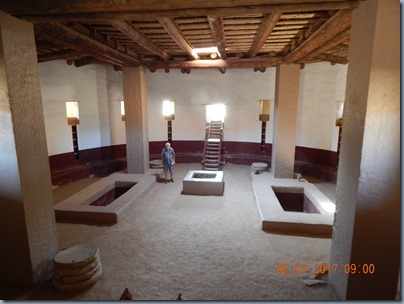 The fifteen rooms surrounding the central chamber, reached by these ladders, are a unique feature and the purpose of the rooms is unknown. They may have been for the spirits of the ancestors or ceremonial preparation. 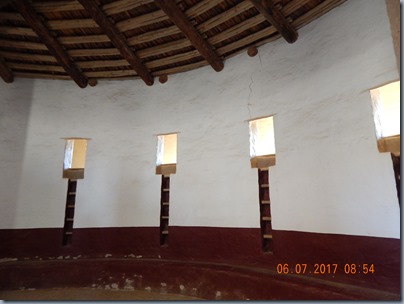 The four massive pillars are made of alternating masonry and horizontal poles and held up the ceiling beams. Each pillar rested on four limestone discs. Supporting the 95 ton roof was a difficult feat and yet these people were able to accomplish it.

Part of the ceiling. 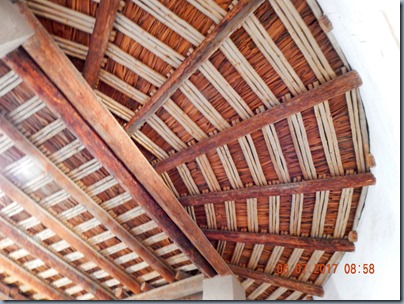 The living quarters surrounded the plaza. 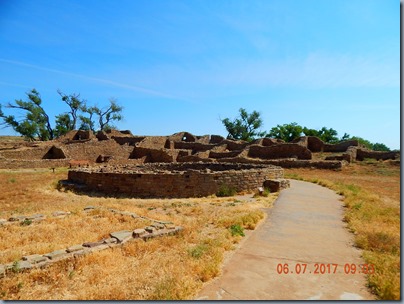 The National Park Service estimates that 90% of the masonry is original. 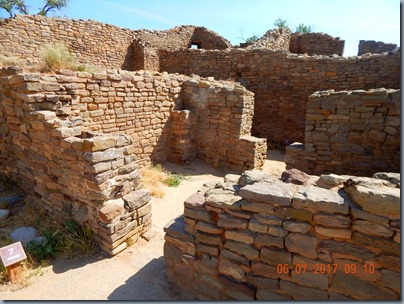 The doorways are quite short but I didn’t have near as much trouble as Jim getting through them. 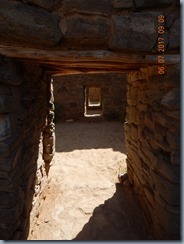 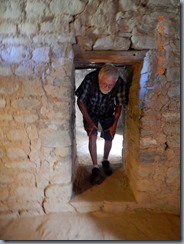 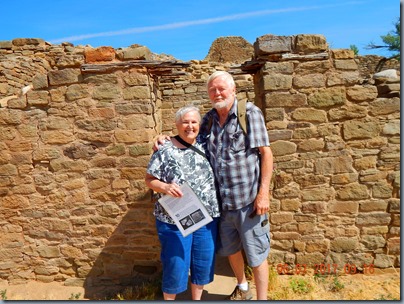 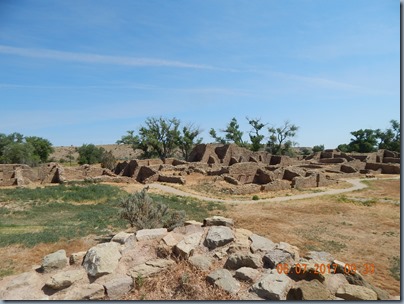 By the late 1200s, people had moved from Aztec and the Four Corners region. Nobody knows for sure why they moved – maybe drought, or religious or political issues. But they moved south to the Rio Grande drainage and into Arizona.

It’s an amazing feeling to walk among these ruins and contemplate the lives of those people who lived and worshipped here.