Storm clouds and our view towards Santa Fe. 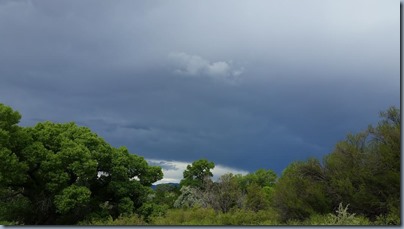 The week-end we were at the ranch was the Spring and Fiber Fest. They hold several festivals at the ranch during the summer. The two most popular are the wine festival and the Santa Fe Renaissance Festival.

View from the house down to the parking lot for the Ranch. 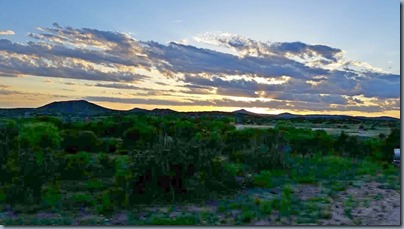 Their house is quite a ways from the portion that is open to the public, so Steve arranged for Rocky to pick us up and give us a tour in the van. The place is huge and we could never have walked to all the places we got to see. Really nice having an “in”. 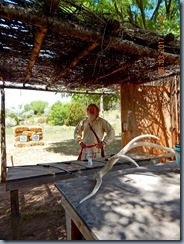 We wandered around for a couple of hours looking at everything we could. It was getting rather warm so we headed down to the archery range where we spent some time sitting in the shade and watching Steve and Jen work with mostly kids who had so much fun. Steve is dressed in his costume. The hair and beard also go along with the mountain man persona. 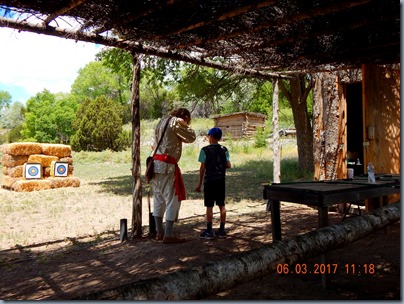 They also had a guy teaching how to use an atlatl - a tool that uses leverage to achieve a greater velocity in dart throwing..  We watched one couple try it out and she was so much better than her husband. He just could not get the hang of throwing the dart. They had so many kids and adults signed up that we didn’t get a chance to try anything out.

We got to watch sheep shearing. This gentleman does not use electric shears. Notice that they tie the sheep’s feet together so he can’t get free. 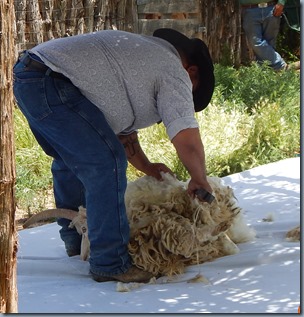 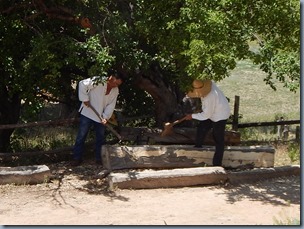 They were also teaching spinning and weaving classes. 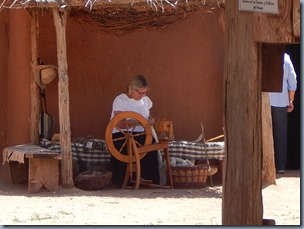 We got to see the burros (they taught a packing class on them) and the alpacas.

Aren’t they so cute. 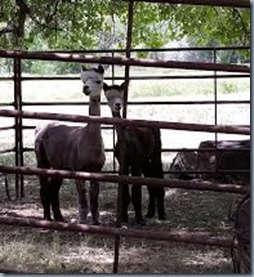 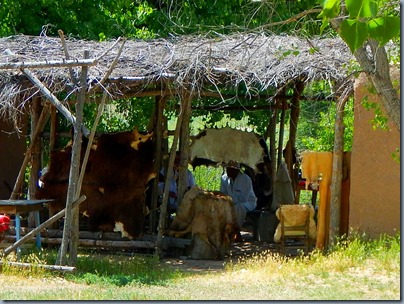 Paper weaving for the kids. 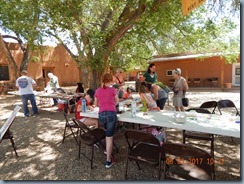 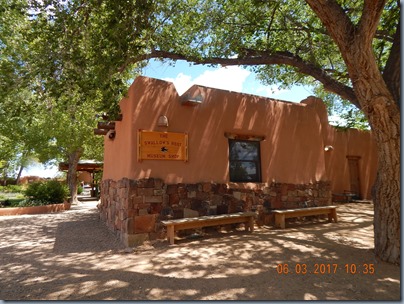 This chest is from the late 18th to early 19th century. It is carved pine. The European heraldic and decorative imagery of lions, rosettes, scalloped edges and pomegranate were popular on Spanish furniture. 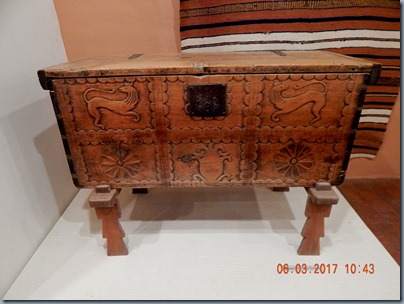 There was so much more to see and do but we were exhausted after 3 hours of roaming around and caught a ride back to check on the pups. The good thing is, nobody was around to care if Rocky was barking or not.

We did not spend any time sight seeing outside of the ranch. However, we did go to dinner with the kids at the Blue Corn Brewery and Cafe. We would not recommend this restaurant but had a good time with Steve and Jen. 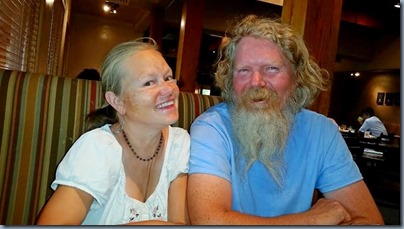 Monday morning we hitched up and headed about 110 miles further north. This fellow said goodbye to us as we headed out. A red racer. Not poisonous but the bite can really hurt.

If you have any interest in the history of the southwest and how people lived during the 18th and 19th centuries, you do not want to miss this ranch. You won’t be disappointed. However, check their website for when they are open.