We’ve Been Busy–But I’m Not Sure Why

After our arduous trek through Organ Pipe, we returned to our spot at Santa Fe RV Park. We had a wonderful time while we were on vacation, but it always feels good to get “home”.

First order of business was to catch up with friends here in the park and out to lunch with Paul. We went to the Mongolian Grill and chowed down on lots of stir-fry.  We also met up with Paula at Red Robin. Made Paul join us again – somebody has to take charge of his social calendar. We also went to see Aunt Happy who is still doing as good as always.

Sunday, I got a phone call from Faye inviting us to Sunday dinner at their place. She and Don are parked at the RoadRunner RV Park here in AJ. No way I’d turn down dinner with friends. She had stuffed mushrooms as an appetizer that were marvelous. And she also had marinated soda crackers. I know that sounds strange but they were so good. And easy – so it’s something I can do. Dinner was ham sliders, potato salad, and deviled eggs with avocado. Delicious.

Check out the recipe at crackers. 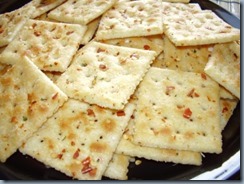 Second on our list was a follow up doctor appointment for Rocky Joe. The growth on his side did not look any better and the vet said it needed to be removed and sent for a biopsy. We decided that while he was under, we’d have the hole in his mouth fixed. When a tooth was pulled earlier, it left a big hole that never healed over. Bacteria and other icky stuff can go up in the hole and into the sinus and cause real problems with infection. Surgery was scheduled for Tuesday. 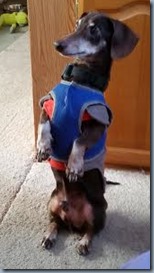 Surgery went well. He did have to have another tooth removed, so he’s down to only three teeth. It hasn’t affected his ability to eat though. He goes back in a couple of weeks to get all the stitches removed. Now we need to decide what we’re going to do with his barking when we’re gone.

We bought a Barkwise Vibration collar. Janna said that they had really good results with Emmi. We aren’t doing so good. He could care less that this thing is vibrating around his neck and that there’s a sound that is supposed to distract him. Jim talked to customer service and they told us that it could talk a week or so before results happen so he is still wearing the collar. They offer a 45 day return policy so we’ll see if any changes happen in the next few days. 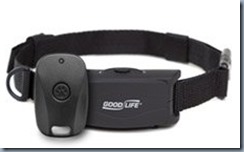 I had a doctor’s appointment mainly to check on my anemia and to establish a doctor down here. I was very pleased with Dr. Lea.

My computer died. It would not connect to the internet and nothing Jim or Paula or Paul suggested worked to fix it. After several days, Jim ended up taking it to Best Buy for help. I was worried it was fatal and I would need to get a new computer. But the guy was able to fix it by resetting some drivers (whatever that means) and didn’t charge us anything. In the meantime, I’ve gotten way behind on reading blogs and I may never catch up.

Haven’t taken many pictures lately. Have a couple more adventures to blog about later.