After leaving Yuma, we headed for Why, AZ. We were going to boondock while we were there but I decided I wanted a really long shower so we pulled into the Hickiwan RV Park. What a great park.

We only had one day to spend in this area and I wanted to see Organ Pipe National Monument. We took the pups with us so the neighbors wouldn’t complain about Rocky barking the whole time. 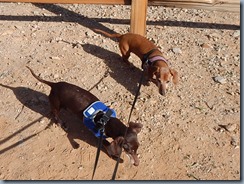 We stopped at the Visitor’s Center and watched the video on the monument and the Sonora Desert. 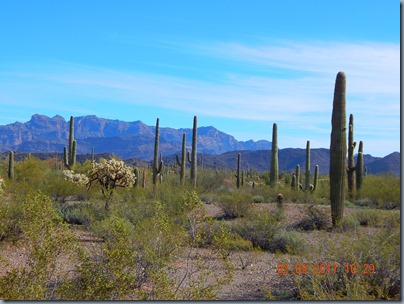 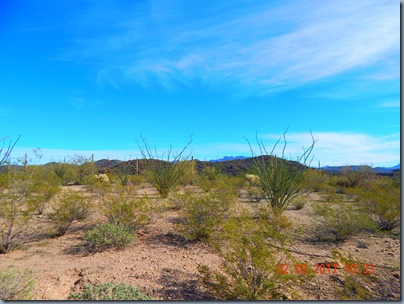 There are several drives you can take to see parts of the monument and we decided to do the North Puerto Blanco – South Puerto Blanco loop drive. You need a high clearance vehicle for this 41 mile road.

I read that this route takes four hours and I should have known better, but we like adventure. Well, this one was not fun. It took us almost five hours to do the 41 miles because the road is beyond rough. Jim was lucky if he could do five miles an hour without shaking us out of the truck. Our back and neck muscles were sore for a couple of days after this adventure. 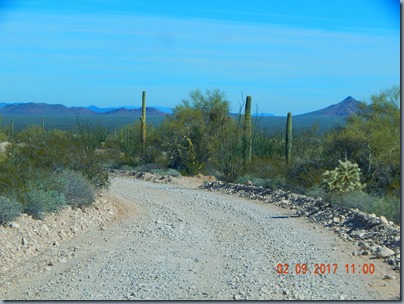 The first ten miles weren’t too bad but then the road turns into a one-way road and once you start down it there’s really no turning around to go back. 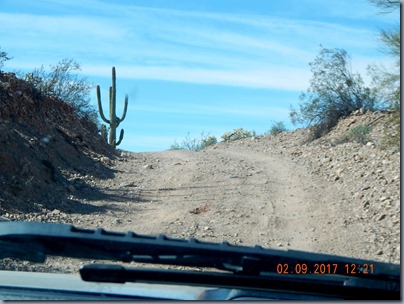 The Organ Pipe Cactus Biosphere Reserve is a first-generation biosphere reserve created in 1976 for the conservation of the unique resources representing a pristine example of an intact Sonoran Desert ecosystem. 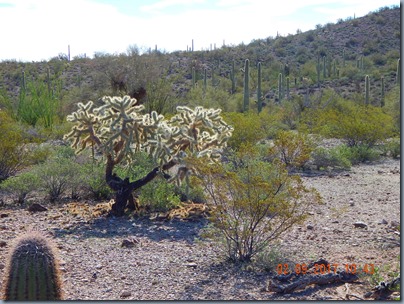 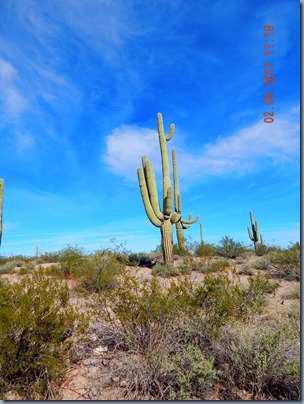 We didn’t see much wildlife. We saw one coyote who moved too fast for me to get a picture. And we saw a couple of birds. This one I actually got a picture of. I’m pretty sure he’s a Phainopepla according to the information I got from the visitor center. 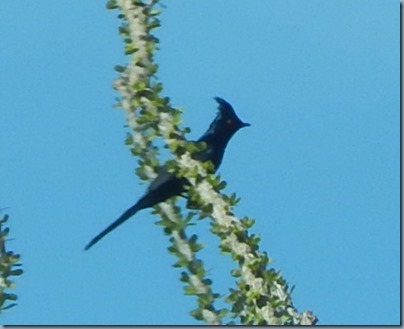 We expected to see a lot of Organ Pipe Cactus but that’s not the case. Organ Pipe like the warmth and cannot grow in a cooler or cold climate. There are several Organ Pipe in the monument but not in the numbers we expected. They do grow very abundantly in Mexico. The few that are in the United States are protected by being in the National Monument. 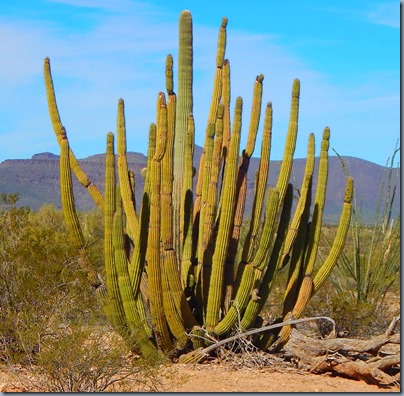 We did not see any drug smugglers, illegal immigrants, or Border Patrol agents but there are several of these signs throughout the park. 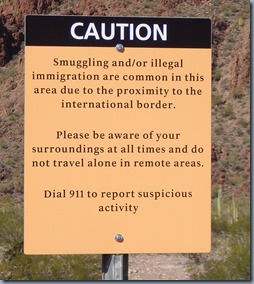 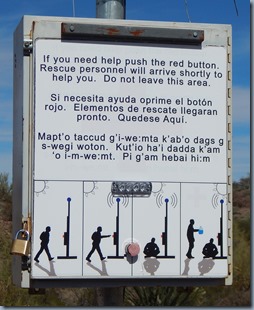 There are also water stations identified by these flags provided for people walking through this area. 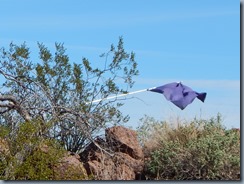 More pictures of the scenery. 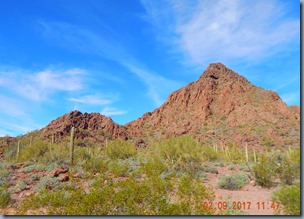 Bonita Well where we stopped for lunch. 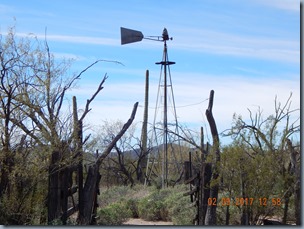 Driving along the South Puerto Blanco portion of the loop takes you right along the Mexican border. The truck in this picture is driving on Highway 2 in Mexico and that is the fence that separates us. 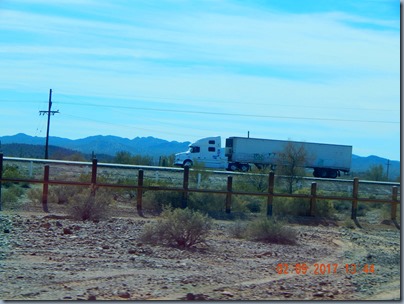 A little further up the road, the Wall starts. 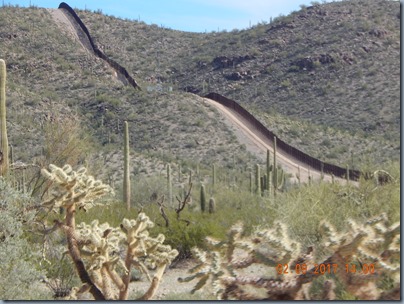 There are a couple of much shorter drives and next time those will be the ones we take. I really would like to come back and spend a week in this area.