Maricopa, AZ  - Forgot to check the weather but since no coats were needed, that’s all that matters.

Doesn’t a Dwarf Car Museum sound like some place you really have to see? Especially if you like cars as much as Jim does. And it was more than we could have hoped for. 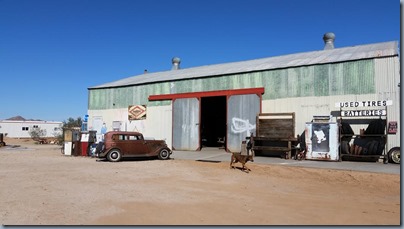 10 of us headed out to the museum. Women in one car and men in the other. And just to let you know, the gals enjoyed this museum as much as the guys did.

Ernie Adams, originator of the dwarf car, has made a name for himself building Dwarf Race Cars and scaled down replicas of classic cars called Dwarf Car Cruisers. 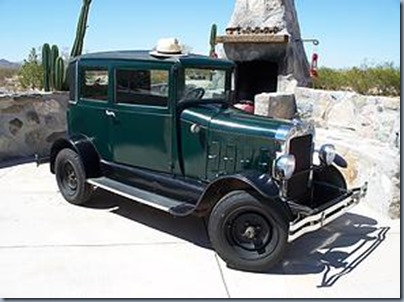 This is Ernie revving up his 1940 Ford Cruiser. 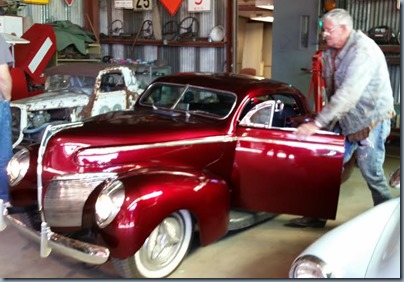 The first two Dwarf Race Cars were built in Dec. 1979 and early 1980. The Dwarf Race Car idea came about after Ernie Adams and Daren Schmaltz had attended motorcycle side hack races in Phoenix, Arizona. 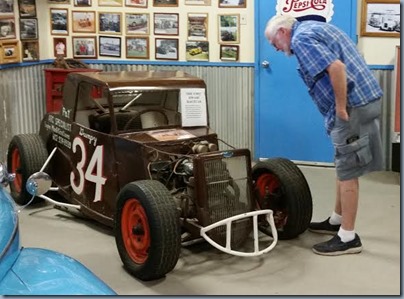 During the drive home, Ernie expressed concern that three-wheeled racers were to slow in the corners. He said they could improve considerably by adding a fourth wheel to help thru the corners. Ernie suggested that adding a car body would also help spectator appeal. ​The first Dwarf Car race took place at the Yavapai County Fair in Prescott, Arizona in September, 1983. There were 12 cars registered.

This is Ernie’s Parts Department. 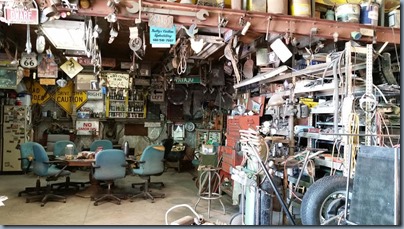 The guys were fascinated by the details involved in creating these cars. 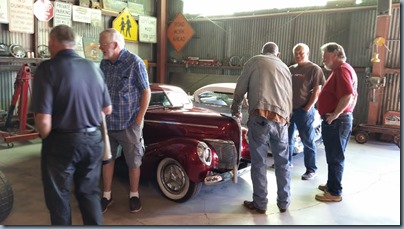 After leaving the Dwarf Race Cars, Ernie had learned a lot about bending and shaping metal. He loved to see heads turn in admiration of the Dwarf Race Cars while being towed down the highway. Ernie knew it was time to change and put his metal shaping skills to the test. Now he wanted a fully dressed Dwarf Car with fenders, chrome, finished interior and most of all street legal and the Dwarf Car Cruiser was born.​​ 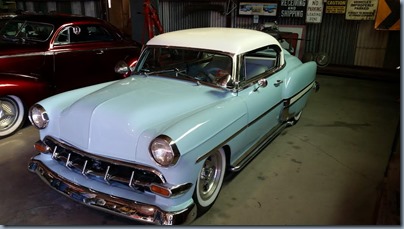 What is amazing about these cars is the fact that they are exactly like their full sized models – including the grills and wheels and chrome. Ernie customizes each one as an exact replica. If you looked at a picture of the car, you would not know it was a dwarf without a reference.

Jim’s Favorite – (and the car he would buy if we ever win the lottery – but full sized) – a 1939 Chevy. Gives you a perspective on their size. 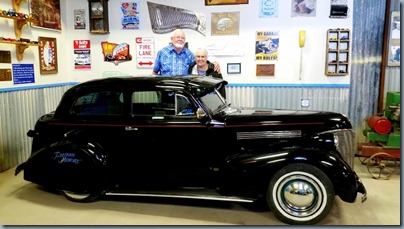 Jim also really liked the boat and the 30’s Ford that had a hitch to tow it. 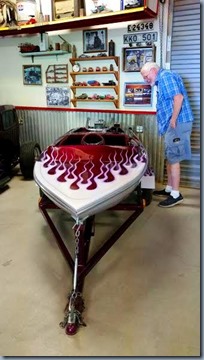 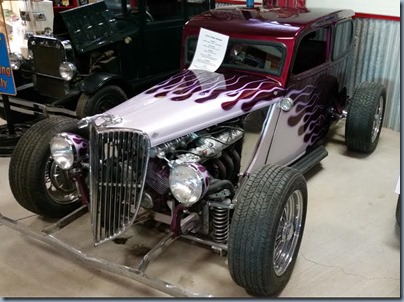 Be careful about backing into this hood ornament.

This was Delcie’s favorite. No matter how long you looked at it, you could find something new. Even had a pot belly stove inside. 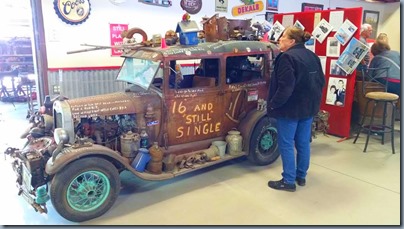 Imagine cruising along in a 1942 Ford Convertible 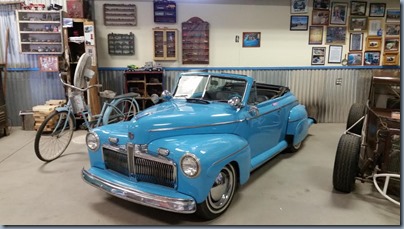 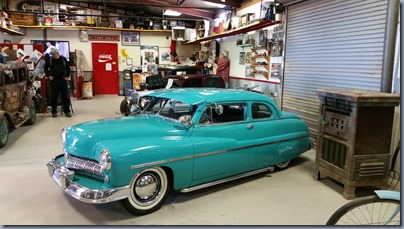 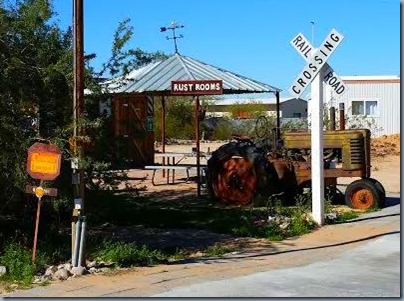 Does anybody have any information about the history behind a monkey chandelier? This one is hanging in Ernie’s garage. 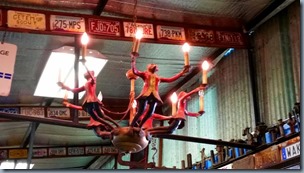 We had a wonderful time at this free (donation) museum. Well worth a visit if you’re in the area.