The Most Photographed Sculpture in Las Vegas and Shelby Museum

I think Jim is having way too much fun. This sculpture is at the Riviera Casino on the strip. 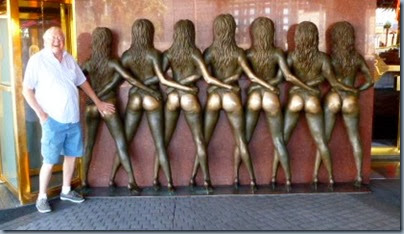 Saw these vehicles when we were out looking for the brain building. 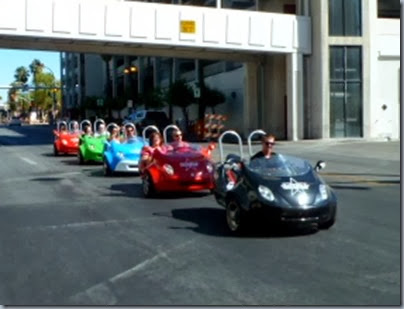 They were also at the Mob Museum when we were there. That’s when we found out they are a tour scooter. 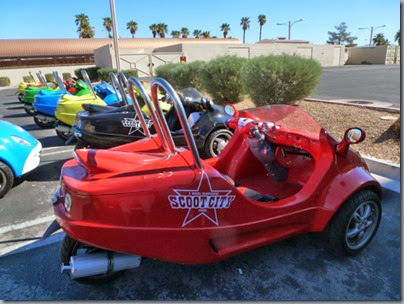 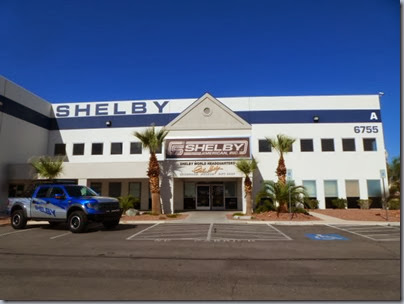 I went with Jim to this museum mainly because it’s free. I’m sure glad I did because the stories behind the cars were fascinating.

The Series 1 is the only car ever produced by Carroll Shelby from a clean sheet of paper, and built from the ground up. All other Shelbys are re-engineered models produced by other manufacturers and modified by Shelby. 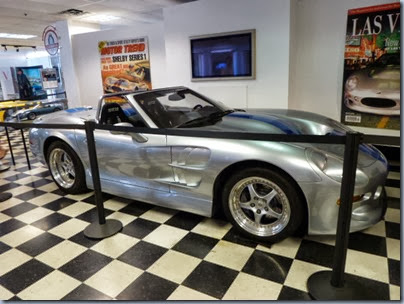 I admit some of the things the tour guide told us was way too technical for me, but Jim knew what he was talking about. 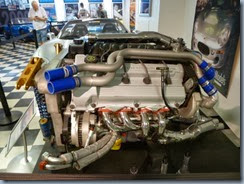 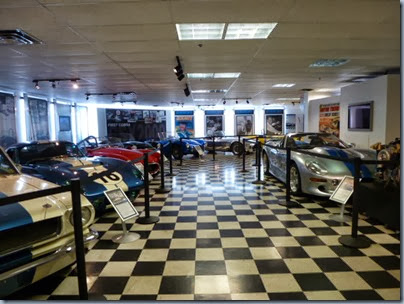 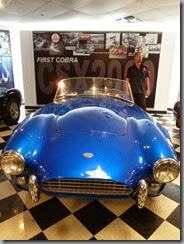 The 1962 Cobra – the first one built by Carroll Shelby. It has all it’s original parts but it has been painted several times. Shelby only had this one car but several different magazines wanted to interview him about the car. So he would do one interview, take the car back to the shop and have it repainted, and do the next interview. It gave investors and others the impression that he had several of these cars ready to go. 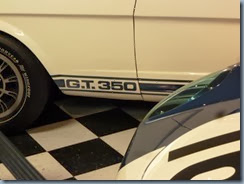 The story behind the G.T.350-Shelby and Ford reps were having difficult time coming to agreement on some of the specs of the car. Shelby and another guy took a break outside and Shelby asked him how far it was between the two buildings. The guy told him it was 350 feet. That was how the G.T. 350 was named – it had nothing to do with the engine.

Anybody want a Shelby golf cart? 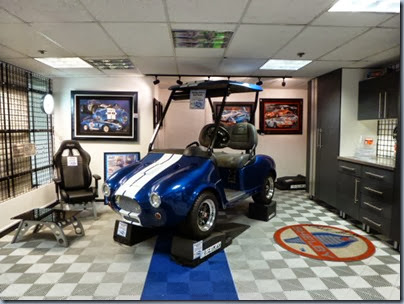 If you want a Shelby, it can take up to two years from the time you place your order to receive the car.

The tour also took everybody out to where they manufacture the cars but no pictures were allowed. The tour lasted about an hour and we both enjoyed our time.

We met our good friends Peter and Steve for dinner and had a wonderful visit with them. However, we also learned that Peter has cancer and will begin chemo shortly. He has a wonderful attitude and is ready to get it over with. I’ve known Steve since 1969 when we met at a business college. He is a special education teacher and the kids just love him. It was so good to see them again. 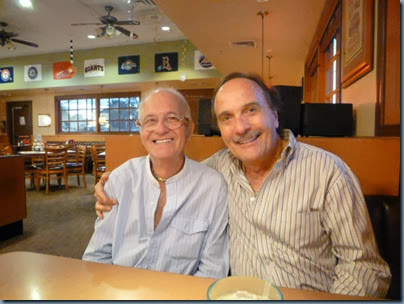