A RIVER RUNS UNDER IT 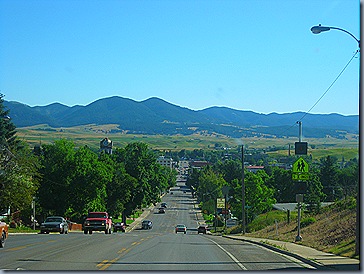 Lewistown once belonged to the Blackfoot Indians. In 1874, Fort Lewis was established there by Company "F" of the 7th U.S. Infantry to provide military protection for people traveling on the Carroll Trail, the then shortest route between Carroll, MT and Helena, MT. Lewistown is named after this fort.

The first permanent settlers of Lewistown were Metis, descendants of the French and Indian. Lewistown was also the site of a gold rush when gold was discovered in the Judith Mountains in 1880.

In the 1800’s Montana was still part of the Old West and Lewistown was the site of a shootout.

On July 4, (1884) ….. Occurred the killing of two desperadoes, not by Vigilantes, but by local citizens. This event illustrates the desperate characters that infested Central Montana at that time. The two desperadoes, "Rattlesnake Jake" Fallon and Charles "Longhair" Owens, appeared at the celebration dressed in buckskin suits and armed to the teeth. Without provocation, except a quarrel over a horse race, they attempted to fight it out with the citizens. A gun battle ensued in the streets of the little town, in which the two desperadoes, fighting gamely to the finish, were finally riddled with bullets and killed. One citizen was killed. 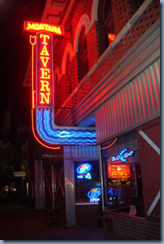 A place you must visit while in Lewistown is the Montana Tavern. No not for the drinking – but for the wooden box with a plexiglass top sits to your left as you walk in the door. 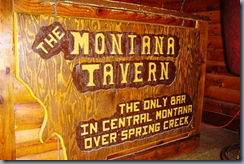 If you look down into this box, you can see Spring Creek running right under the bar about 8 feet below. The bar was built right over the running water. The original owner allegedly built the hole so he could fish while he worked. Then people started using the hole for other purposes. People used to come in here after the bar closed and float down the river and steal booze. Now, there's a lock on the hole in the floor. 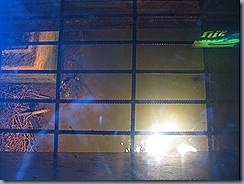 It’s hard to see in the pictures we took, and it’s still really muddy because of the floods and snow melt this year. But definitely a visit is worthwhile for those who like these quirky attractions like I do. 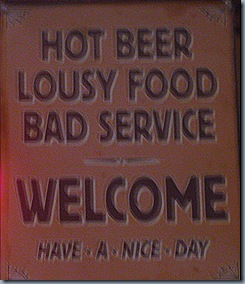