I was able to drag Jim away from the race track so we could do a little exploring while we were in Lewistown.

There is a memorial to Ed McGivern who was better at shooting a handgun than anyone, ever. Definitely a must see for us. Except one major problem. The road had been completely washed out this year because of the floods and snow melt. We couldn’t get there from anywhere without walking for miles. This will have to go on a back burner until sometime in the future. 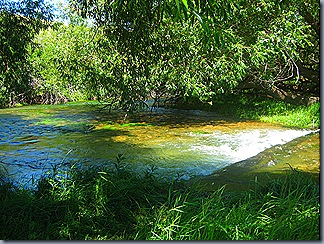 On our way back to the RV we stopped at Big Springs. 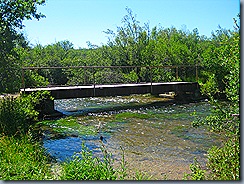 This is the world’s third largest fresh water spring. It produces over 90 million gallons of 99.9 percent pure water every day. 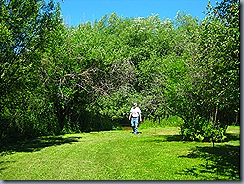 There’s a beautiful park at the Springs so we were able to take a walk and enjoy the sound of the water. There were several artists there with an instructor. I didn’t take pictures of any of their work but to my very untrained eye, a couple of them were really good.

The water was crystal clear. This picture was taken looking down into the water from the bridge. 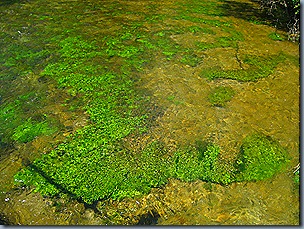 After leaving this park we stopped to check on the girls and let them out for a short walk. Then we headed to the Judith Mountains.

The Judith Mountains are a small mountain range that lies just northeast of Lewistown, MT. From the highway, these mountains don’t look too imposing but they are really quite rugged when you get into them. 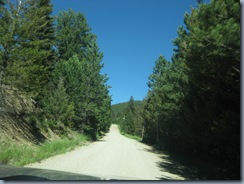 Lewistown is at 3,963 feet. The highest point is Judith Peak at 6,400 ft. Kevin and Ruth (http://www.travelwithkevinandruth.com) hiked up Mount Washington but Jim and I chose to drive up to Judith Peak. If we tried to hike it, we would still be there a hundred years from now.

This gal greeted us as we started our journey up. 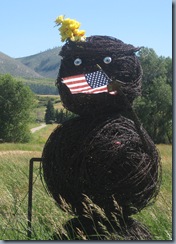 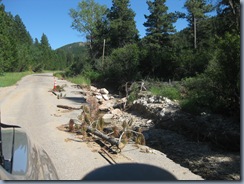 The road was in rough shape because of all the snow this past winter but definitely doable. And the views from the top are well worth the drive. There were several places where the road had been washed out but there wasn’t much traffic so we could maneuver around them. 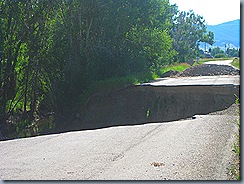 In this picture, the whole road was washed out and they had built a one lane detour around it. (That’s not a shadow on the road, that’s the hole.) 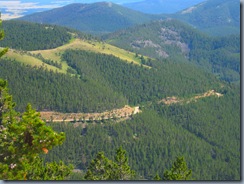 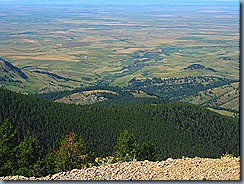 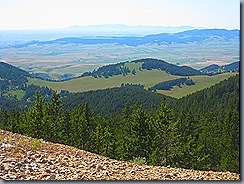 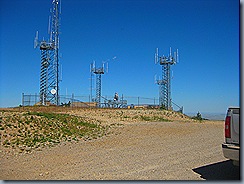 In the 1950’s and 1960’s the US Air Force operated a radar station situated at the top of Judith Peak.

Looking at the peak about 1/3 of the way from the top. You can barely see the towers at the peak. 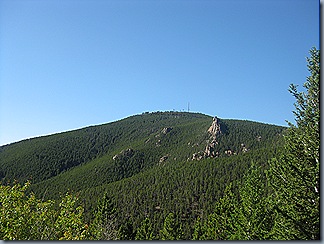 Some of the flowers at the top of Judith Peak: 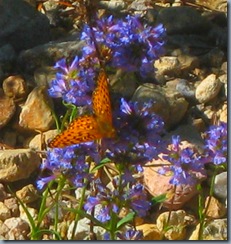 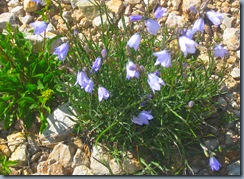 It was a wonderful drive, great weather and perfect company.