A MEMORIAL DAY TRIBUTE TO OUR VETERANS 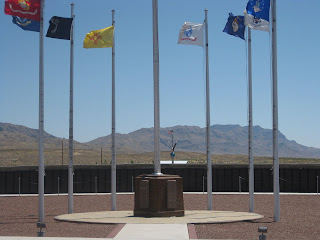 Truth or Consequences Veterans' Memorial Park - The Wall. There are four replicas of the original Wall of names (located in Washington DC), all built to half scale. This was the second replica and was dedicated on November 7, 2003 here in T or C after it toured Ireland. 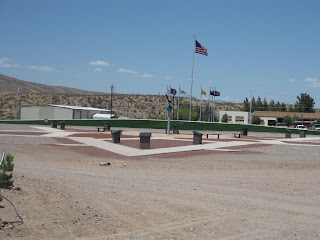 Behind the wall is this five pointed star called the Walk Of History. Each pillar represents a war that the United States has been involved in starting with the Revolutionary War and ending with the Iraq and Afghanistan Wars. The pillars give the dates of the wars (or non-war for Vietnam) and the number dead or injured as well as a history of each war. 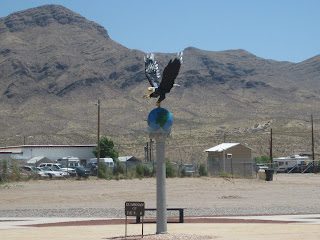 The eagle is the Guardian of the Walk.
Miss Liberty is dedicated to 911 and the police officers and firefighters who lost their lives that day. 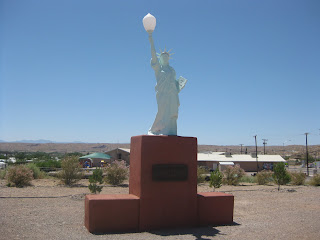 This park is truly a monument to our veterans and should be visited by anyone who is in this area.
Posted by Jim and Sandie at 3:54 PM