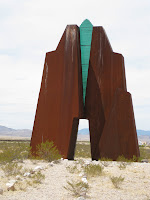 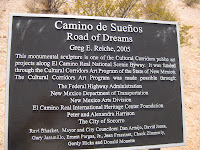 Time for another history lesson.

What is the El Camino Real? Spanish Royal Roads were well organized and maintained for use by military and civilians. These were public roads, guarded to ensure trade and safe travel. The El Camino Real played an important role in the establishment of what is now the southwestern United States. 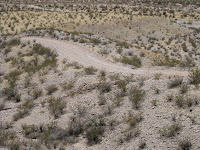 For thousands of years, tribes in Mexico and North American traded on this Royal Road. In 1521, when the Spaniard Hernan Cortes conquered the Aztec capital and renamed it Mexico City, ative trade routes such as the El Camino Real, fell under Spanish military control. This route wound north from Mexico City 1500 miles to present-day Ohkay Owingeh Pueblo which is located north of Santa Fe. 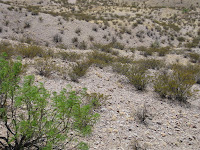 Following this traditional route of the Mexicans and Indians, the Spanish began to spread northward, settling ranches and mining silver. Pioneers and Catholic missionaries went farther and farther north wanting to establish a lifestyle in the north, similar to the lives they knew in Spain and New Spain. The Spaniards also introduced horses, cattle, sheep, goats, chickens, gunpowder, and iron to North America. They had a impact on Native populations with the acequia system to water crops and they also introduced devastating European diseases.

The heritage center is located at the north end of the part of this trail known as Jornada del Muerto (the Dead Man's Journey) which is an unforgiving desert that claimed the lives of many men and beasts. 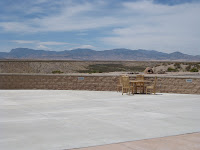 In 1598 Don Juan de Onate and his exhausted and hungry colonists traveled north from the Jornada del Muerto and arrived at a pueblo whose people offered friendship, food, and gifts. In gratitude, Onate named the place Socorro for the help his people received.

El Camino Real is only intermittently visible today, just ruts in the desert floor that lay parallel to the trail's modern successor: Interstate 25.
Posted by Jim and Sandie at 10:46 AM