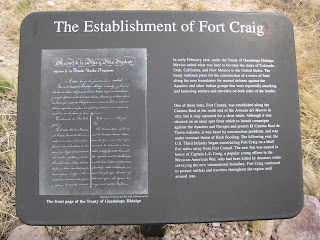 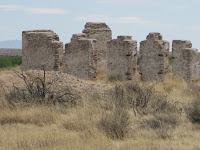 1854-1885 - When U. S. General Stephen Watts Kearney invaded this part of the country in 1846 with his Army of the West, he promised that the U S. would put an end to Indian raids. This led to the establishment of Fort Craig in 1854. Fort Craig lies on the Rio Grande near the El Camino Real and the Jornada del Muerto. 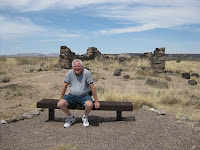 Life was uncomfortable and lonely at best and deadly at worst. The buildings were a constant source of misery to the soldiersand records reveal litanies of complaints about leaky roofs, crumbling walls and chimneys, crowded conditions, and filth from crumbling dirt roofs and muddy floors. 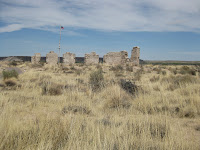 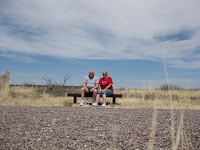 The early years of Fort Craig were spent conducting campaigns against Native Americans. But a new threat appeared - the Confederates. By July of 1861, Fort Craig had become the largest fort in the southwest with over 2,000 soldiers and growing. In 1862, General Henry Hopkins Sibley led an enthusiastic but poorly equipped brigade of about 2,500 Confederate troops up the Rio Grande to Fort Craig. Fort Craig's gravel bastions were "reinforced" with Quaker Guns (fake wooden cannons) and empty soldiers' caps, alongside real cannons and caps with real Union soldiers under them. When the Confederates were unableto lure union forces from their heavily protected fort, they moved north in an attempt to cut off Union supplies to the fort. 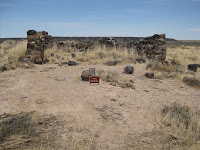 At the end of the Civil War, the Army returned to controlling Indian raids by the Apache and Navajo. Geronimo surrendered in 1885 and Fort Craig was permanently abandoned - it's military function no longer needed. 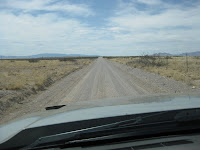