Seeing the Sights While The Sun is Shining

We have had a chance to have lunch twice with our good friends, Carol and Doug. We keep meeting up with them all over the West. They are in Heber for a month before moving further south. 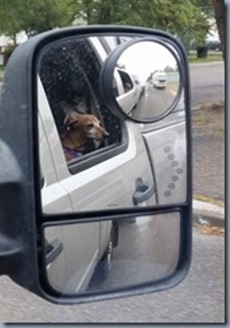 Skittlez has become a sightseeing dog in her old age. Scooter was always the one who wanted to hang her head out the window and Skitz didn’t like the wind in her face. Now she wants her window down all the time. Rocky Joe lays down in his bed as soon as he gets in the truck and doesn’t move until the truck stops.

We headed out to Midway, UT to the Heber Valley Artesian Cheese Store. Jim likes cheese and found one he wanted to try. He also knows that he doesn’t have to share with me. 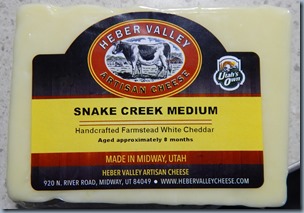 However, for me (and Jim) we got a jar of Apple-Cinnamon-Rhubarb jam. They had some out for tasting and it was really good. 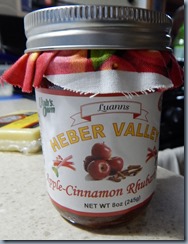 They also have their own ice cream. We shared a cone of their orange sherbet and it was delicious. I’d go back for another one of those if we had more time.

The pups were really thirsty and we had forgotten to bring a bottle of water with us, so we headed into downtown Midway and found this neat little place. 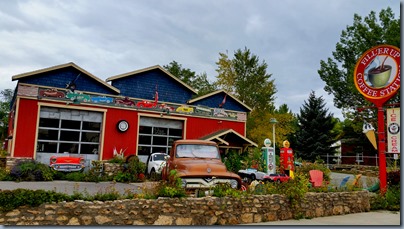 They gave Jim a glass of water for free and we were good to go.

Passed this beautiful barn and had to stop and read about its history. In 1902, Francis Tate, an English emigrant, established a dairy farm on this site. The barn was constructed of local red pine. The barn was crushed by heavy snow in 1996 and reconstruction was completed in January of 2002 in time to be the entrance to the site of the Winter Olympics venue at Soldier Hollow.

We made one more stop but it’ll be a separate post because it has lots of great pictures.