Finally got the laundry done this morning so we could do some exploring. Our first stop was the 607 foot tall Bridal Veil Falls in Provo Canyon. 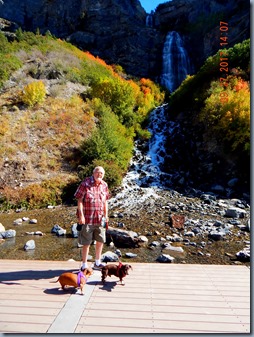 The Legend of the Falls

Many moons ago, an Indian named Norita and a brave from a rival tribe, named Grey Eagle met and fell in love. They planned to meet near a streamlet high on the mountainside and elope to a land far away from both their tribes. On that fateful night, instead of her lover, Norita was confronted by braves from her own tribe. Fearing her lover had been destroyed she leaped from the high ledges. 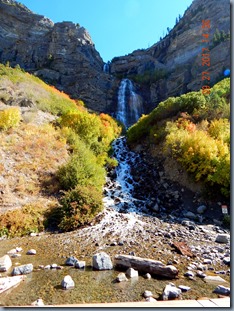 Mother Nature was touched by her wild beauty, and she caught up Norita's streaming tresses and made from them a Bridal Veil of falling water. From her flowing gown an alter was formed on the face of the mountain. Then her spirit was sent out as a mist, causing a green carpet to spread over the mountainside.

The intruders fled while her saddened lover stood and gazed down at the strange yet beautiful transformation. His grief was more than he could bear, so out of compassion for his sorrow, Mother Nature molded his massive frames into the mountain and stretched his mighty shoulders high into the heavens like silent sentinels to guard over his loved one. His cries of anguish were softened into love calls to whisper forever.

The leaves are starting to get dressed in their fall colors. 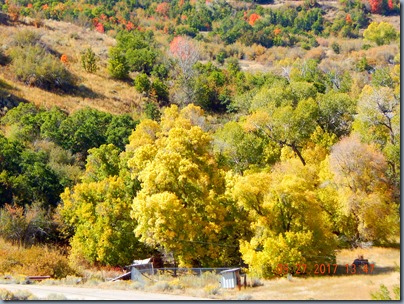 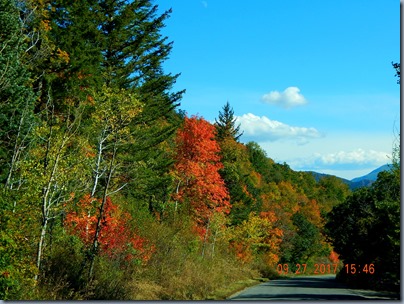 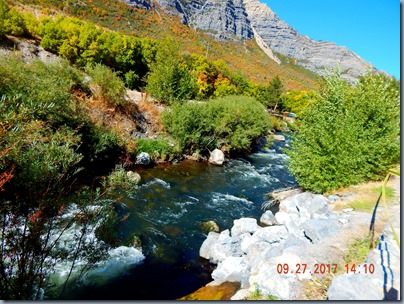 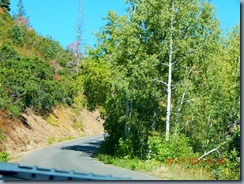 We also drove up to Sundance Resort. I have always had a crush on Robert Redford especially as the Sundance Kid. We drove past the resort and up into the Uinta Forest. Uinta is a Native American word meaning "pine tree" or "pine forest". It’s a beautiful drive for the passenger but not for the driver. The road is really narrow and curvy. You pray you don’t meet someone coming down in an area where you can’t move over far enough to let them pass.

We turned around and came back down the mountain to the resort. Took a tour of the parking lot which was packed with vehicles. Too many people for me so we left. I took this picture from the internet.

This is one of those “been there, done it” for me.