We’ve had a couple of great excursions this summer. The first one was at the Montana Historical Society in Helena.

They were celebrating Helena’s 150th birthday and Ellen Baumler who writes the Montana Moments blog was the speaker. I love Ellen’s blog and I was very impressed with her presentation. She talked about the buildings in Helena and the history behind them. It was fascinating. Ellen is an interpretive historian at the Montana Historical Society and really knows her stuff.

A couple of weeks later, Judy called and wanted to know if we wanted to join her and Don in a visit to the Canton Church where the Williams Family was playing. That would be a definite yes. 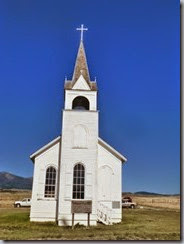 In 1872, Canton boasted a mercantile, post office, saloon and dance hall, a doctor, and a hotel. The church was constructed in 1876. It is the state’s oldest standing Roman Catholic church not built by a religious order. The Northern Pacific bypassed Canton in favor of Townsend in the 1880s and after World War II, federal officials planned to upgrade Canyon Ferry Dam and raise the reservoir. In its path lay 4,000 farm acres and the village of Canton. In 1952, St. Joseph’s was moved two and a half miles to a higher location before water swallowed the town.

The church has been restored by volunteers and donations and offers programs during the summer. The Williams Family play some country, some bluegrass, and some rock. Those boys could really play the fiddles. However, one boy is headed to Costa Rica and one to Maryland so I’m not sure what is going to happen to the family band.

We really enjoyed ourselves. Hopefully, we’ll get to a couple more performances before the summer is over. 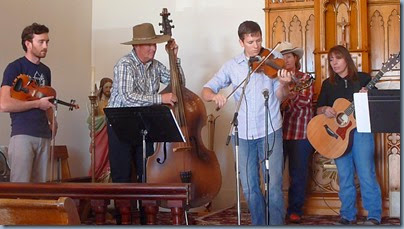 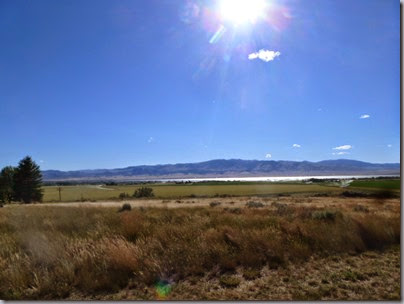