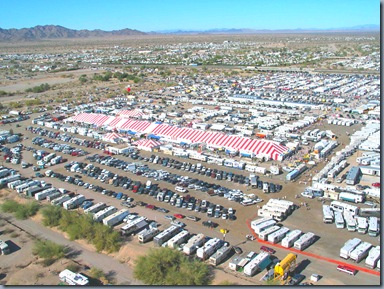 The above is a picture when the RV big tent is set up.

We are back in Apache Junction getting ready for a series of doctor appointments for Jim.

I do want to share some pictures of Quartzsite with you, especially for those of you who have never been there. The problem is, no matter what words I use or what pictures I post, you still can’t truly understand what Q is like until you experience it for yourself. 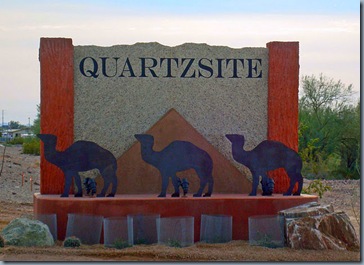 (Peter, your picture turned out so much better than mine, I hope you don’t mind if I used yours.) 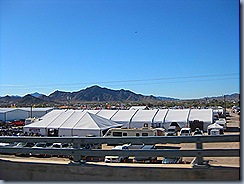 In 1856, Fort Tyson was built at the present site of Quartzsite to protect the water supply from attacks by Native Americans. It had become known as Tyson's Wells by the time the stage stopped running and the town was abandoned. 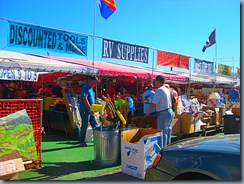 Mining resurrected the small town for several years until it was discovered by RVers who now arrived 1 million strong during the months of January and February each year. 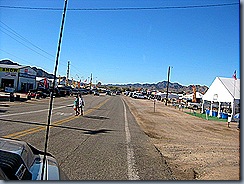 Jim did some shopping at the vendors. Picked up some LED lights and a post for his windchime. That was about it for us. Oh, we also got some water filters. Just not shoppers. But there is definitely something for everyone and you could spend days wandering through all the vendors.

The big RV tent show doesn’t start until January 20 this year so we won’t be there for that. Currently there is a huge rock and gem show happening. 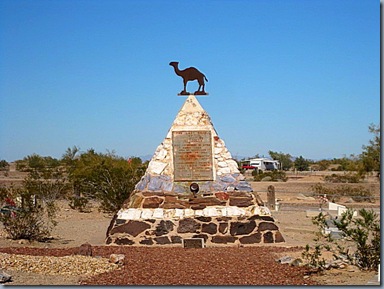 Tomb of Hi Jolly in Quartzsite.

One of Quartzsite’s most famous citizen is surrounded by an air of mystery. Nobody knows for certain where he was born, when he was born and what he was named after he was born. He was a dreamer, an adventurer and an entrepreneur but never achieved great success in any of his undertakings. He died almost 97 years ago, but his name is still immediately recognized here. His tombstone is the largest monument in the city. 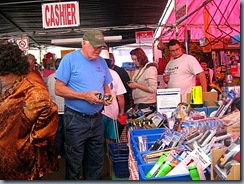 He came to this country as Hadji Ali but came to be known as Hi Jolly. He was one of the first camel drivers ever to be employed by the U. S. Army in 1856. Jefferson Davis, then the U.S. secretary of war, believed camels could solve the Army's transport problems in the arid Southwest, so he imported more than 60 animals and a full complement of drivers from the Middle East. Ali was one of the drivers. 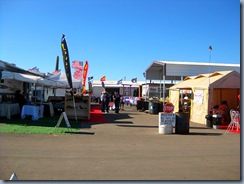 Although the camels could carry up to 600 pounds of goods and travel more than 60 miles a day without water, the operation failed. In his final years, the old camel driver lived in a cabin near Quartzsite.

He died on Dec. 16, 1902. According to the legends that survive him, Ali perished when he went out into the desert to find a wild camel. And when they found his body, he had one arm wrapped around a dead beast of burden. 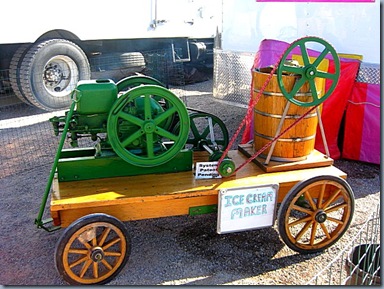 Our last night out on the desert we had a pot luck. Small group but lots of good food. And even better company. 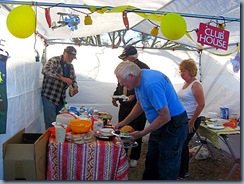 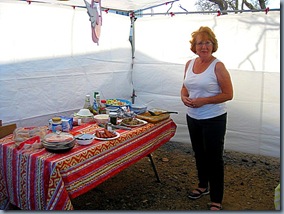 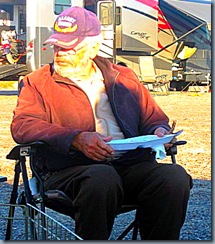