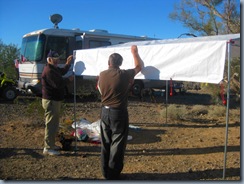 The Clubhouse is finished. Bright and early we heard the sounds of Terry hard at work. Jim finished his breakfast and went out to check on all the noise. After all the pipe cutting and tarp’s not fitting, the guys were finally able to get everything to work and this is the result. 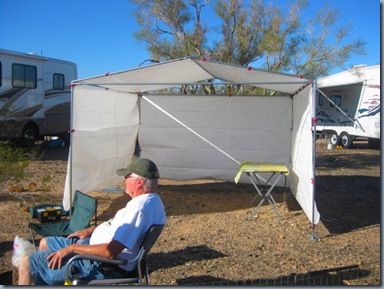 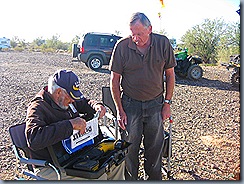 As luck would have it, Lee had a sawsall that he was willing to sell and Terry became the proud owner of a new tool.

The girls in prison. 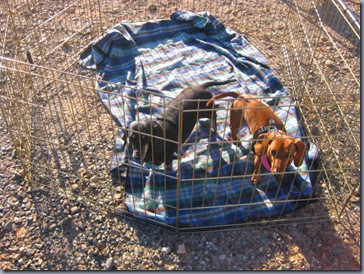 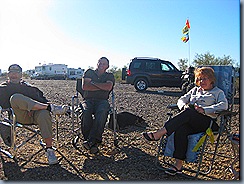 Jeri and Jim took for on the ATVs and disappeared into the desert for a wild ride. Some of us took a nap. And then more excitement.

Debbie and Mike arrived. Our little group is growing.