We've set a couple of record highs and we're way above average temperatures.  If you want to get anything done, get up early and get out and do it.

The Park Group decided to change things up a bit and we went to Sassy's restaurant for breakfast one Tuesday morning. It was quite good but they are short staffed like almost every restaurant everywhere. They have an area set up where you can get your own coffee or drink, silverware, condiments, etc. That helps relieve some of the stress on the staff. They really do try to do their best. 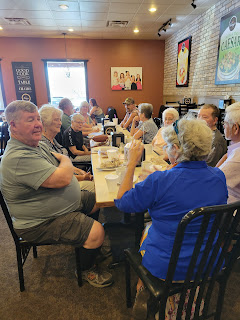 In the not so good news - a woman in the park had her car stolen one night. For some reason she left it unlocked which is not a smart thing to do any time but especially in the summer when there is no one around. The police found the car but it was totaled. The thieves were not located. They also tried to steal our manager's golf cart but weren't able to get it going.

Still dealing with paperwork for Jim. I think (maybe) I am done with all his medical bills. But life and health insurance is still in the works with the government. (He was covered under me as a federal retiree). Who knows when that will be resolved. They can't seem to give me an answer.

I've been doing a lot of reading this summer. I can check books out of the library on my phone or Kindle and that works really great. I also have a bunch of "regular" books that Paul has given me so I can sit inside and read with an occasional break for TV.

I am really enjoying Emergency from the 1970's with Gage and De Soto. Both my dad and Jim were volunteer fireman.  Notice the price of fuel from 1977. Regular in our area is now at $5.69 per gallon. I truly never thought I would see the price go over $5.00. 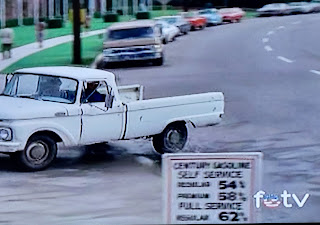 I am now an Arizona resident.  Got my Arizona driver's license. I used MVS which is a third party provider instead of an actual DMV. There were only a couple of people there so I was in and out quickly. They seems to be much more efficient than the AZ state run DMV.

Something you notice when you are really bored. I have mother's hands. I remember holding her hands and noticing how the veins stuck put and the fingers were deformed. Well here's mine. 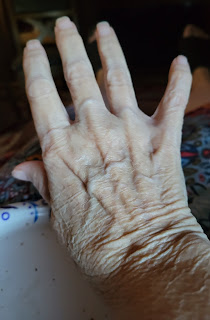 In the other exciting news I had to buy a new roof air conditioner. My front one gave up the ghost. Chris's Good Times Mobile Service was able to fit me in right away and he did a great job. He also got my portable air conditioner vented for me. So nice to be able to sit in the living room and not worry about heat stroke. 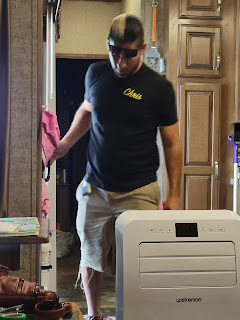 We had a cloud. 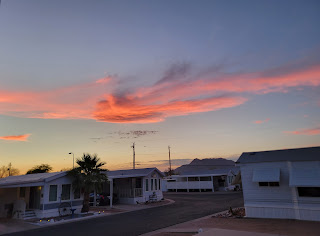 And that is the excitement from AJ.