Roanoke was the site of a small Civil War battle (if any battle can be considered little) on June 21, 1864. 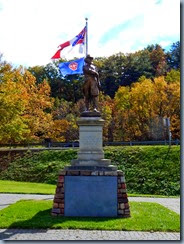 They caught up to the Union troops at Hanging Rock near Mason Creek. Because General Hunter’s force included a wagon train of ambulances and supply wagons, they got hung up in the steep bluffs and the Confederates were able to destroy wagons, confiscate weapons, and took prisoners. 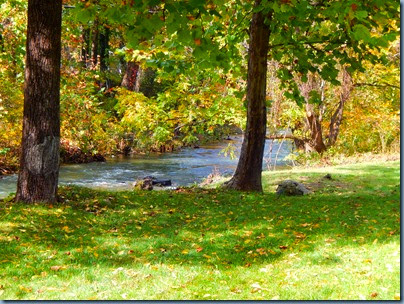 Union calvary and infantry reinforcements arrived and were able to repel the Confederate forces so that General Hunter could continue his retreat.

Jim is checking out the creek for any signs of fish. I think he is starting to suffer from fishing pox. 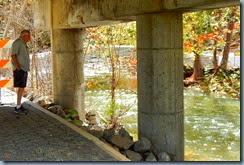 Time to start heading west. In fact, we are actually back in Apache Junction. I still have a very special blog to post about our visit in Atlanta. But we ran out of gigabytes and we mainly just drove, pulled into a campground for the night (without unhitching) and kept going. 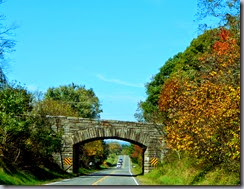