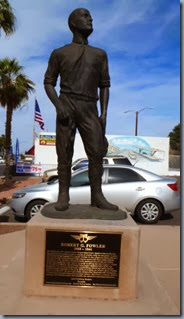 I had one more historical stop I wanted to make before our time was up in Yuma. How many of you know who Robert G. Fowler was? He was born in 1883 and died in 1966.

On October 25, 1911, he touched down in Yuma at this site, becoming the first person to land an airplane in Arizona under its own power. This site is on 4th Avenue which is now a busy street on the I-8 Business loop.

He left Los Angeles on October 19 and earned his place in aviation history by completing the first west to east transcontinental flight when he reached San Pablo Beach, FL on February 17, 1912. He purchased his plane from Orville and Wilbur Wright who taught him to fly. 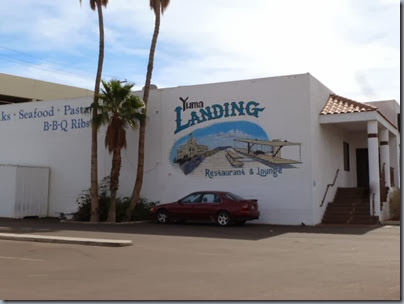 Before we left Yuma we had Benjamin’s come out to Pilot Knob and wash and wax our rig for us. 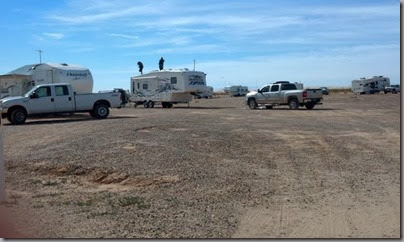 This is really a bargain in my book. They bring their own water and do a hand wax of McGuire’s wax for $99. The guys had a blow out on their way to our site and didn’t have a chance to have any lunch. We fixed them a couple of ham and cheese sandwiches which they really appreciated. 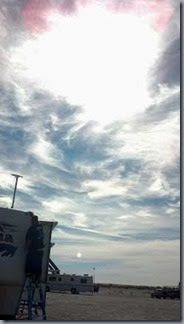 The rig looks so good and Jim doesn’t have to spend two weeks trying to get it done.

Friday morning we were ready to head out about 8:00. The wind was blowing but Toni and Doug came out to say goodbye to us. Thanks for being such great neighbors and we’ll see you next year. 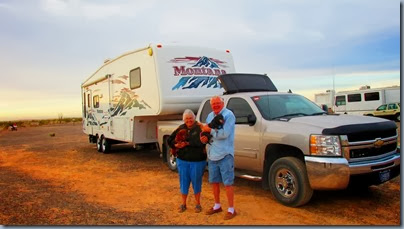 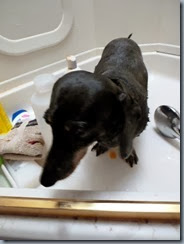 We are now back in Apache Junction and our first order of business were baths. For all of us. It felt so good to stand in that shower and just let the water run and not worry about the tanks filling up or running out of fresh water. Of course the girls were not as impressed. We boondocked for four weeks which is a record for us. Every year it gets easier.

We also had four huge loads of laundry and we now have clean clothes. Still have rugs to wash but we’re making progress. 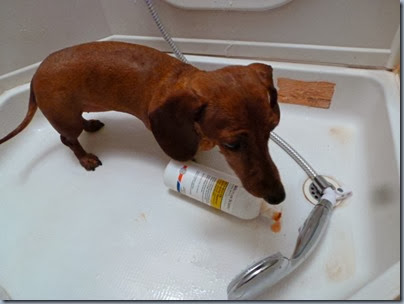 Tomorrow we start with doctor appointments and Jim is really looking forward to finding time to go fishing.

One more sunset from the desert. 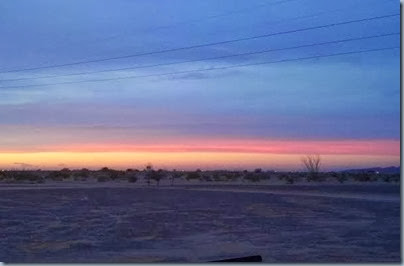 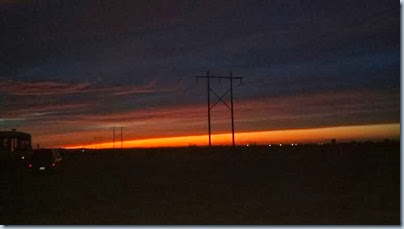