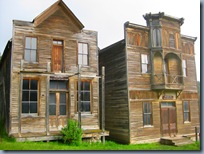 In 1872 silver was discovered in the Elkhorn Mountains of Montana. By February of 1888 the mine was producing $30,000 worth of ore monthly.

The town of Elkhorn grew up around the mine and as many as 2500 people lived there in the 1880’s. 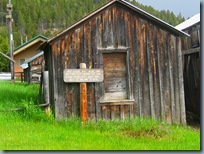 When the price of silver fell in 1892, the population of Elkhorn fell also to only a few hardy souls.

Today Elkhorn has been rediscovered and several “summer” cabins have been built in the town with more to come. 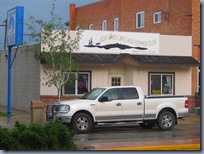 We had dinner at the Elkhorn Supper Club which is actually located in the town of Boulder, MT. I understand the clam chowder is wonderful. The food was good and I would go back again.