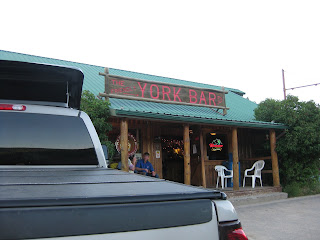 Last week-end we headed to Helena to help my sister with a garage sale. We hauled as much of our stuff as possible and hoped for the best. We were really late getting out of town so after we finally got set up (more later on this campground) we were starved and I had heard how good the burgers were at the York Bar. They weren't kidding. This has to be one of the top five burgers I've ever had. As you can tell, I had trouble staying awake while it was being cooked, but it was so worth the wait. 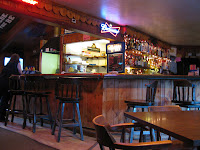 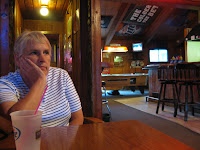 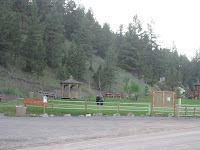 York also has a really neat park across the street from the Bar. 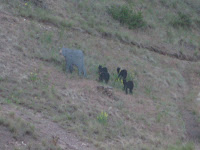 Has a tribute to one of their local guys who was killed. 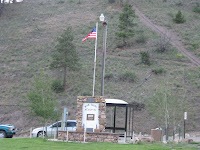 Leaving York we came upon the scene of a terrible car wreck. The woman who was driving and not wearing a seat belt was alive when Jim went down to try and help, but she didn't survive the wreck. The guy with her had his seat belt on and walked away from the wreck. Really a sobering experience for me and makes me so grateful that we never go anywhere without our seatbelts on. We also strap in the girls which they have gotten used to.
Posted by Jim and Sandie at 10:45 AM