The list is getting smaller and I’m not adding to it so Jim is happy.

The boatport is up and we love it. Previously we parked our boat in somebody else’s carport during the summer. That meant that we needed to time our return to the valley so that we could move the boat before the carport owner’s returned. Now we can wander as late into the Autumn as we want to. 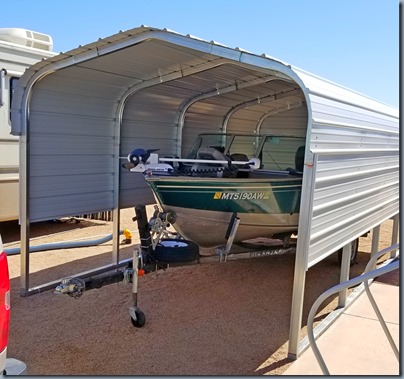 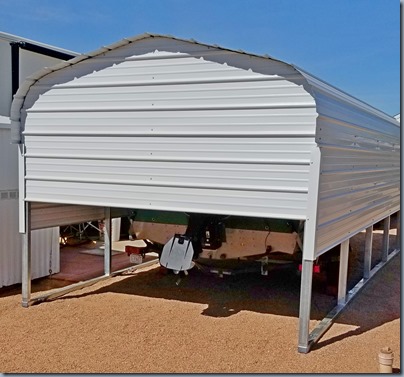 We had dinner one night with our good friends, Nan and John. They were camped out at Lost Dutchman State Park. So good to be able to visit with them for a short time. 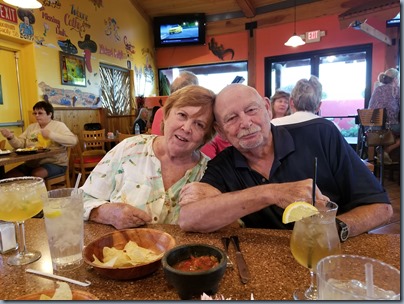 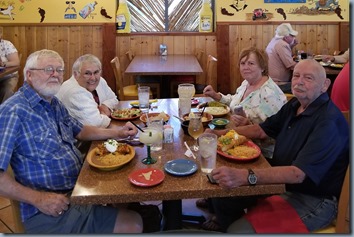 Jim is now minus one cataract. He had it removed on Wednesday. Had kind of a rough day but by Thursday morning he was feeling much better. His vision on Wednesday after the surgery was really tilted and blurry. Today it is just blurry as he waits for the swelling to go down. We had this procedure done at Barnet-Delaney-Perkins Eye Center and they use a new type of medicated drop during the surgery which eliminates the necessity for any eye drops prior to or following surgery. Sure makes it a lot simpler.

Lesson learned – Jim was not allowed to eat for 8 hours prior to his surgery. Being diabetic that means that his blood sugar is going to drop and drop it did. It was only 67 when he got out of surgery. They gave him some juice but that wasn’t enough. We hadn’t come prepared for this but as soon as I got him home, I got some food in him. Next time I’m taking some orange juice and a cookie with us.

Do you have any idea how many times a day you bend down, especially if you have two small dogs who refuse to go out at the same time? Jim usually hooks the dogs up and takes them out but since he can’t bend over until next week, I am doing the bending. Had no idea how often he had to do this. You also have to bend over to pick up their dishes and put them back down when it’s time to eat. Good grief.

He will have the left cataract removed on May 9, which means I’ll be doing the bending again. It really is good exercise but I’ll glad turn it back over to Jim.

Rocky also had his eye checkup. Some wonderful lady had paid for him to have cataract surgery before we adopted him. He requires eye drops every day and once a year we see his eye doctor. His eyes are perfect so he’s good for another year.