I really need to catch up on blog posts. We are currently in Quartzsite but I am going to make a couple of posts about our time at the Bluegrass Festival in Blythe.

We arrived at the fairgrounds in Blythe on Wednesday afternoon. The actual Bluegrass Festival didn’t start until Friday. On Thursday morning the Festival offered a free tour and we decided to go for it.

We got to tour the Solar Generating Facility and the Blythe Energy Center. 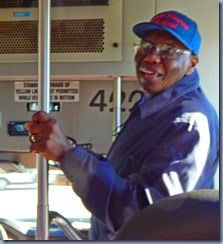 The NRG Energy solar facility was built in 2009 and has a capacity of 21 MW. It consists of 350,000 PV panels which generate enough electricity to serve the needs of 17,000 homes. 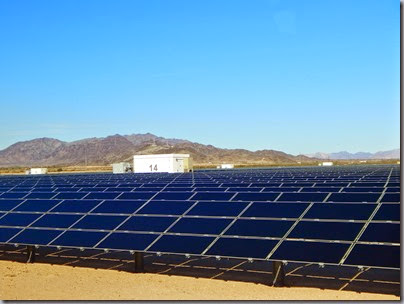 In the above picture, the building with the number 14 on it is an inverter. There are 21 inverters which are slightly larger than the ones in our RVs. 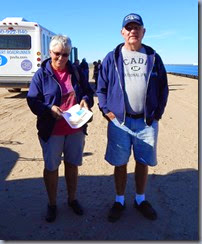 Ginny and Mickey were on the tour with us.

The facility displaces over 12,000 tons of carbon dioxide emissions each year which is the equivalent of taking 2,200 cars off the road. 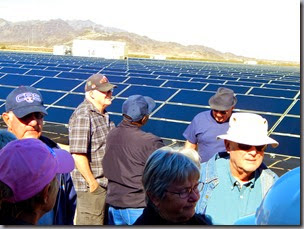 There is no water used, it’s a silent operation and requires only one employee to run the facility.

One of their weather stations. 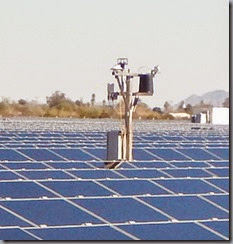 Next we went to the Blythe Energy Center which is a natural gas-fired combined cycle power plant. This plant burns natural gas to produce electricity. 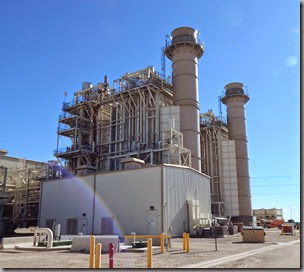 There are 75 people who work at this plant and it is capable of producing 1,100 MW. 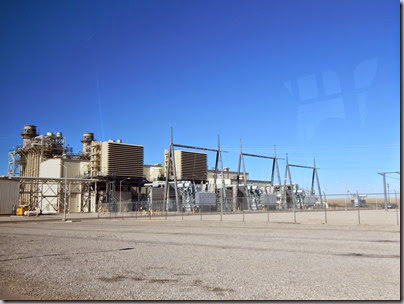 I didn’t understand a lot of the presentation they made so I sent Jim on the actual walking tour of the plant without me. No pictures were allowed inside.