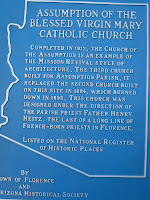 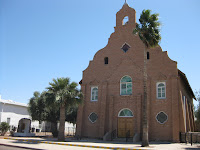 Arizona became a territory under the signature of Abraham Lincoln in 1863. When the Civil War ended two years later, the U. S. Cavalry came to protect the new territory from bandits and marauding Apache. Farmers soon settled the banks of the Gila River. Familes from Mexico moved north to escape wars in northern Mexico as settlers came from the east seeking fortune and adventure. So began Florence.
Florence was established in 1866 by Colonel Levi Ruggles, who moved to Arizona after the Civil War as an Indian Agent. Silver was discovered at the Silver King Mine and Florence boomed as wagonloads of ore passed through town. Single men swarmed to work the mines and spend their money in Florence, while cowboys from local ranches celebrated payday.
Single men from Boston, New York, and Ohio found the senioritas who had been educated in Mexican convents very enchanting. Descendants of the resulting marriages still live in town. As stage lines came to Florence and news of the abounding opportunities spread, Florence grew. Businessmen from Mexico and the United States established themselves and prospered. Eventually, early Victorian ladies ventured west to live on the frontier.
The good people in town finally demanded law and order. Florence became the county seat of Pinal County in 1875 and a new brick courthouse and jail was built. The local "Vigilance Committee" stormed the sheriff's office in this building in 1888, dragged two men from their cells and hanged them in the corridor of the jail. The two had been charged with holding up a stage and killing Johnny Collins, the guard. A coronor's jury later found that the two prisoners had met their deaths "at the hands of parties unknown." A short time later, the same "vigilance" group attempted to lynch four other prsoners under the same circumstances but were thwarted in its efforts when Michael Rice, the jailer, armed the prisoners, took them upstairs and faced down the mob from the windows about the street. The Sheriff's wife, Pauline Cushman was positioned downstairs. 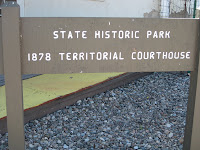 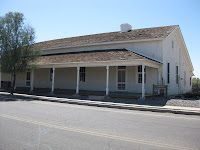 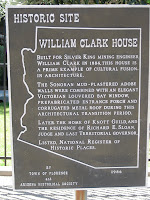 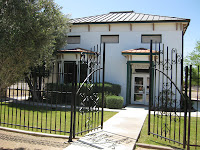 While miners and cowboys whooped it up and the ex-sheriff and his ex-deputy shot it out on Main street, the more sedate citizens tried to bring civility, culture and religion to Florence. 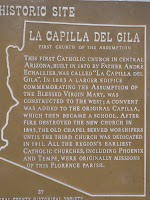 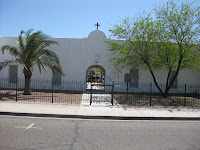 By 1891, the town constructed an early fired red brick American Victorian courthouse. The building ran over budget and funds for the clock in the tower were diverted to build a new jail. The clock face is only painted on and always reads 11:44. Three notorious women were brought before the court in this building. In 1899, Pearl Hart committed whatwas likely the last stagecoach robbery in the U. S. Eva Dugan was convicted of a brutal murder and had the istinction of being the only woman hanged at the State Prison. Winnie Ruth Judd, the "Trunk Murderess," defended by Ernest W. McFarland, was found to be insane by the court. She had been found guilty of killing her two roommates, dismembering their bodies, and shppingthem to Los Angeles in trunks. 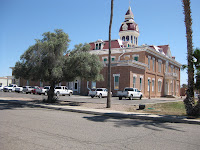 In 1908, the territorial prison was moved from Yuma to Florence. Inmates were shipped from Yuma by train to build the prison and lived in the surrounding desert during its construction. They have a prison outlet store where prisoner's can sell their crafts and artwork. Had some very beautiful articles for sale. 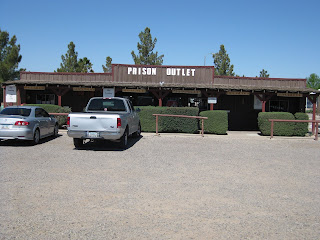 Florence was the setting for the motion piture Murphy's Romance. It is also the home of the annual "Country Thunder" music festival. (I hope to be able to attend next year.)
Posted by Jim and Sandie at 11:47 AM